POLK COUNTY, Texas — A killer tornado ripped through the lakefront community of Onalaska Wednesday night, leaving a trail of destruction that stretched for miles. By morning, Polk County officials reported three deaths, dozens of injuries, and the devastation of multiple neighborhoods.

Breitbart Texas captured images and video of destroyed homes, rescue operations, and families coming to grips with their losses. As emergency responders began pouring into the area, word spread about people being trapped, injured, missing pets, and other medical emergencies.

As a family struggled to gather their scattered belongings, a young boy is standing in the window of one of the few remaining rooms. The tornado ripped the home apart. 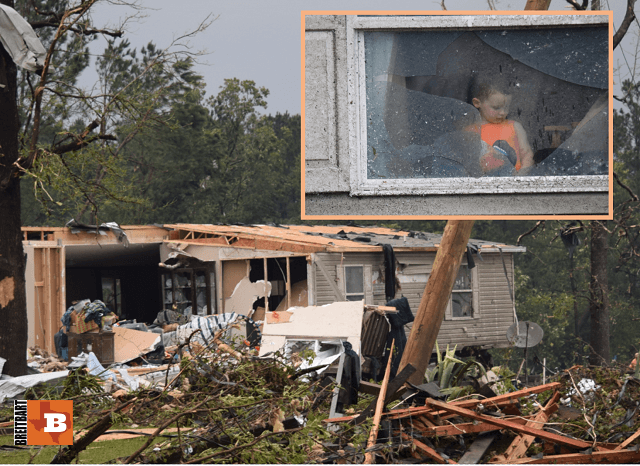 A young boy stands at the window of one of the only rooms left in his home after a deadly tornado tore it apart. (Photo: Lana Shadwick/Breitbart Texas)

Other families gathered outside their damaged homes trying to pick up the pieces. Friends and neighbors rushed to the scene trying to find their loved ones and lend support. 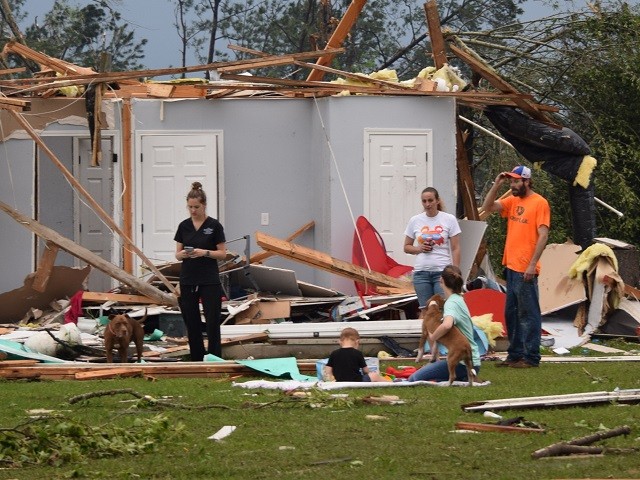 A little boy plays on a blanket as his family waits outside their completely destroyed home wondering what is next. (Photo: Lana Shadwick/Breitbart Texas)

Moments earlier, Julie Black shot a cell phone video of the scene as she tried to calm her son. In a post on Facebook, Black said, “I lived a true living nightmare this evening. Drake and I made it to the bathtub about 5 seconds before the roof was ripped off and I heard windows busting. I literally laid in the tub over my screaming son and looked up to a scary view. All I could do was pray.” 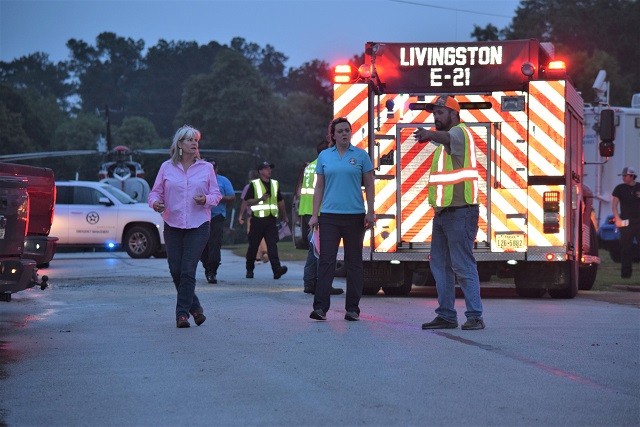 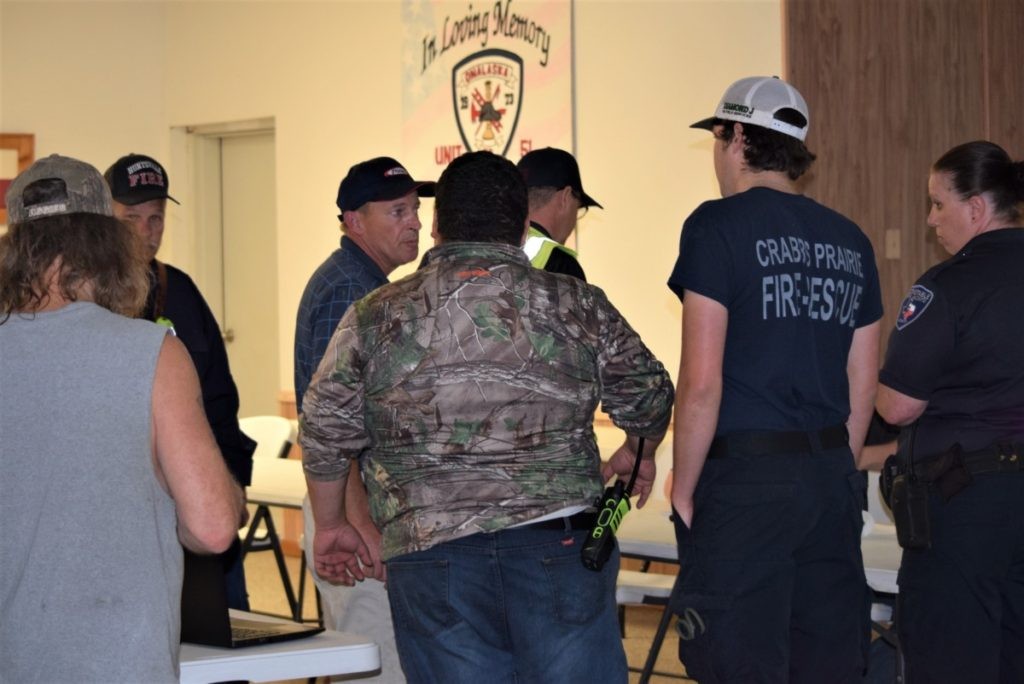 A few minutes later, the man below had his life turned upside down as the tornado overturned his trailer.

An Onalaska man sits outside his overturned fifth-wheeler in the wake of the deadly tornado that struck Polk County on April 22. (Photo: Lana Shadwick Breitbart Texas)

First responders set up a field triage location to treat victims with minor, and sometimes not so minor, injuries. 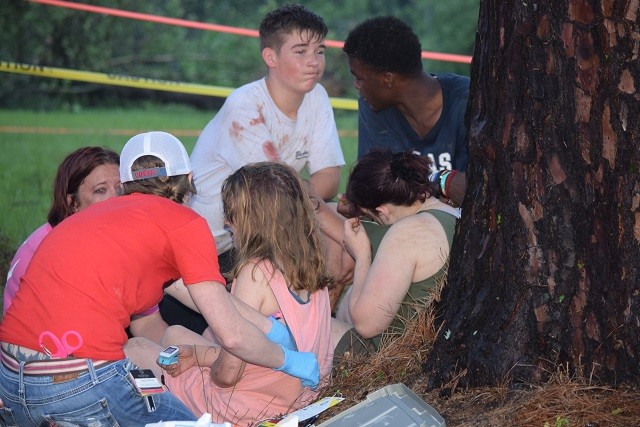 Onalaska Mayor Chip Choate told Breitbart Texas, “We are a small community with limited resources. The actions of the tornado are going to be devastating to the overall community.”

An Onalaska couple stands outside their damaged home following the tornado that struck on April 22. (Photo: Lana Shadwick/Breitbart Texas)

The mayor said Fire Chief Jay Stutts worked through the night organizing rescue operations. He confirmed at least three people lost their lives in the storm and dozens more were injured. 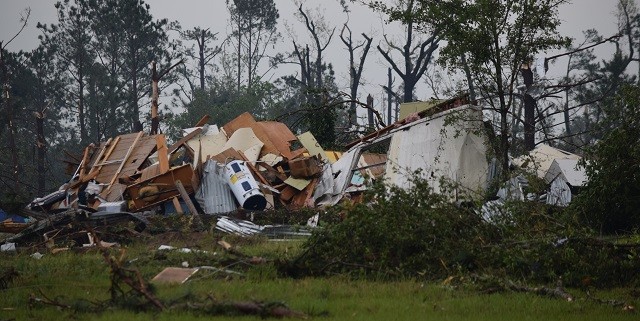 An Onalaska home is destroyed by the tornado on April 22. (Photo: Lana Shadwick/Breitbart Texas)

Local hairstylist Amber Stash Jennings expressed her gratitude that her family who lives in the path of the deadly storm remained safe. “My family is all OK thank GOD!!” Jennings wrote on Facebook. “My parents and sisters live less than 1/4 mile from me and they have a mess.” 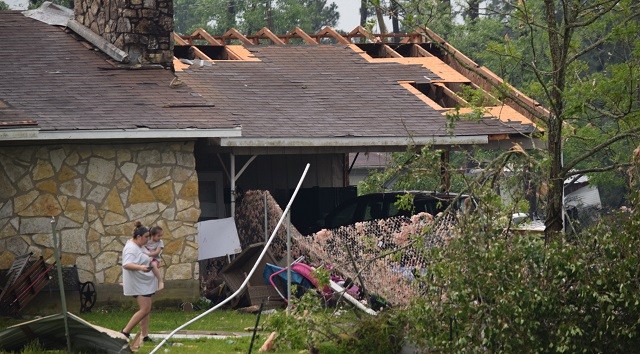 A woman walks with her child after the Onalaska tornado ripped off much of her roof. (Photo: Lana Shadwick/Breitbart Texas) 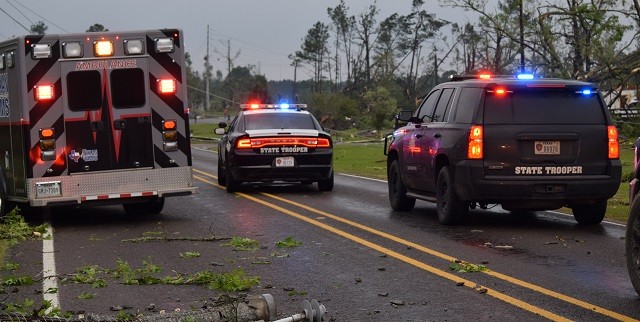 Other residents began to emerge from their damaged homes to see what happened outside. 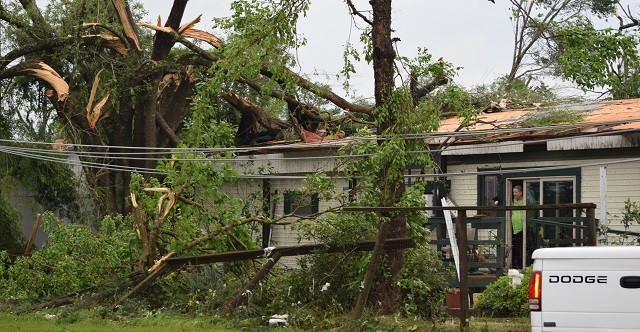 A local woman peers out her door to assess the devastation caused by the tornado. (Photo: Lana Shadwick/Breitbart Texas) 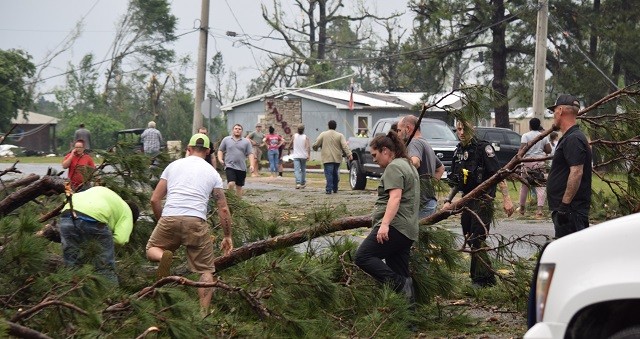 Breitbart Texas witnessed the rescue of one high school teen who became trapped in his home when a massive tree fell during the tornado. The tree pinned the young man to the floor as it fell on his feet and lower legs. Onalaska Volunteer Fire Department rescue crews avoided further injury by cutting the floor beneath him — freeing his legs so they could safely extricate him from the home.

Newly constructed homes were not spared the devastating winds of what Polk County officials described as a possible F4 tornado. The Fujita Scale classifies an F4 tornado as having winds of 207-260 mph. 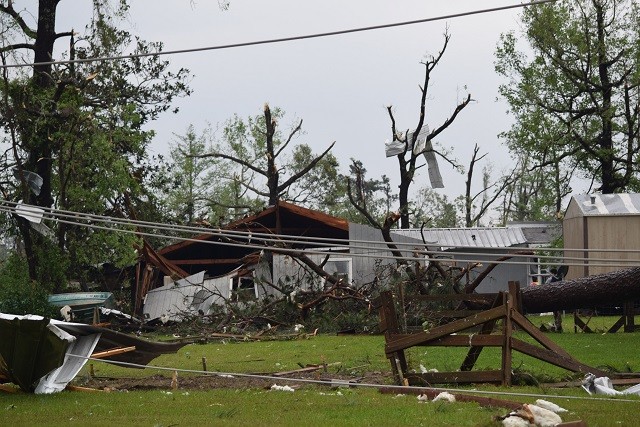