A man believed to be a Honduran migrant died on a Texas ranch about 80 miles north of the U.S.-Mexico Border. Border Patrol agents attempted to revive the unconscious man but were unable to save his life.

Falfurrias Station Border Patrol agents came in contact with a 24-year-old Honduran woman, Evelyn Rosibel Paz Parada, on a ranch in Brooks County located southwest of Falfurrias, Texas, and northwest of the Border Patrol immigration checkpoint, according to information provided by the Brooks County Sheriff’s Office. The woman advised the Border Patrol agent that a man she was traveling with had collapsed and was lying face down on the ground and was not breathing. The agents found the woman at about 10:45 p.m. on August 27.

Border Patrol agents found the man and began CPR in an attempt to revive the man. After about 45 minutes, an EMS crew arrived and also attempted to revive the subject. Their efforts were also unsuccessful. 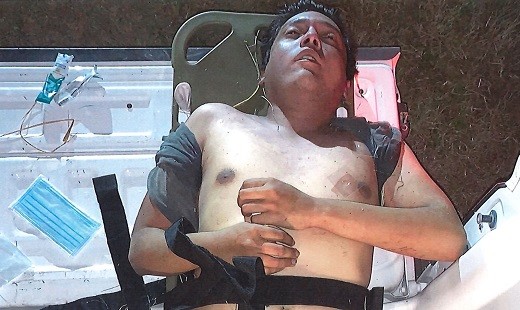 Border Patrol agents could not revive a man believed to be a Honduran migrant after he collapsed in Brooks County. (Photo: Brooks County Sheriff’s Office/Deputy Samuel Rosas)

Paz Parada identified the deceased man as 23-year-old Erik Santiago Salazar Sanchez, a Honduran national, the report by Brooks County Deputy Samuel Rosas indicated. The man had an identification card on his person that matched the name provided by the woman. He also had her identification card in his possession.

In addition, the deputy found a family photo album and a cell phone charger. 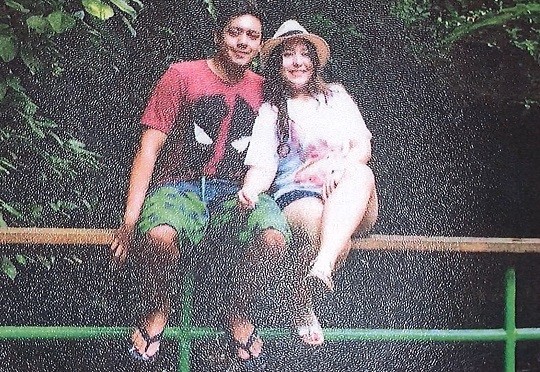 Border Patrol agents arrested Paz Parada and transported her to the Falfurrias Border Patrol Station for processing. Under Title 42 Coronavirus protection protocols put in place by the Centers for Disease Control and Prevention, it is likely that the Honduran woman would be transported to the border and expelled to Mexico.

“Despite the efforts of Border Patrol agents and the EMS crew, the Honduran man died,” Brooks County Sheriff Benny Martinez told Breitbart Texas. “Unfortunately, these people have no idea what they are in for when they attempt to march around the Falfurrias Immigration Checkpoint. The callous human smugglers have no regard for human life and will just abandon anyone that falls behind.”

“This is the 27th time this year that our deputies went out to recover the bodies or skeletal remains of illegal immigrants who died in our county,” the sheriff said.

The agents found the dying man on a ranch located near the end of the journey around the checkpoint. It is a known pick up area where the smugglers load up their cargo after the march around the checkpoint. This march can frequently take several days due to the heat and the soft sand soil conditions of the area.

The body of the decedent will be transported to the Webb County Medical Examiner’s Office in Laredo, Texas, for an autopsy and identity confirmation.

This is the second time in less than a month that a migrant died in Brooks County after Border Patrol agents were unable to revive them. On August 2, Border Patrol agents performed CPR on a migrant for about 20 minutes before an EMS crew arrived and took over. Despite their efforts, the Mexican man died, Breitbart Texas reported.