A Florida resident paced outside a non-government migrant shelter in McAllen, Texas, on Friday hoping to see a friend’s family members. Vicky, who did not want to provide a last name, expressed displeasure at the disorganized conditions at the shelter, the spreading of COVID-19, and the lack of information needed to locate the family members inside.

Vicky spoke with Breitbart Texas outside the shelter and described her frustration in finding out local hotels in the area are housing COVID-positive migrants while not informing other guests. She spoke about multiple failed attempts to find her friend’s family who recently called them from the shelter for assistance. She says the situation is disorganized and that conditions in the shelter are overcrowded. 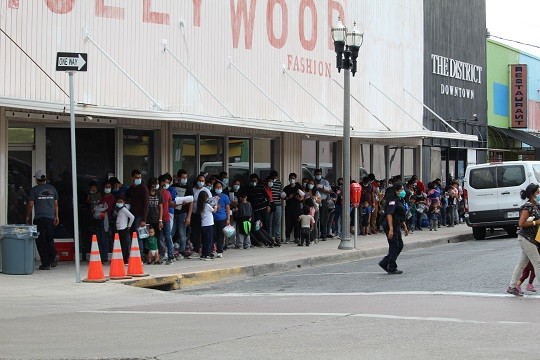 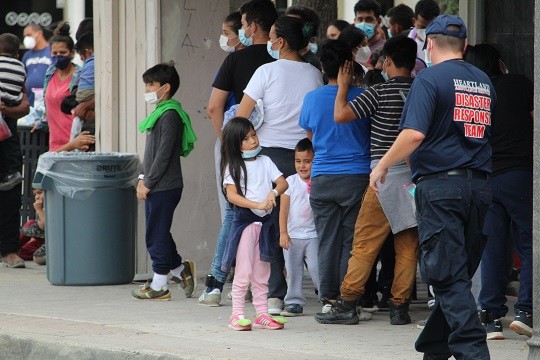 Migrants families, including small children, wait for entry to a Catholic Charities shelter after being released by Border Patrol (Photo: Randy Clark/Breitbart Texas)

Families with small children stood outside the shelter and patiently waited for a room to become available inside the shelter as local shoppers watched. Commercial vans and taxis hustled to take migrants to hotels in the area as the Border Patrol contract buses continued to drop off more migrants in a revolving door fashion. 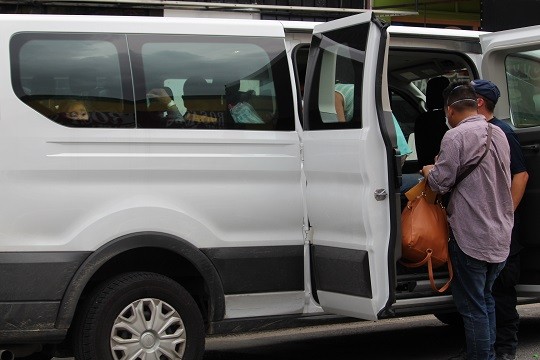 One Venezuelan family spoke to Breitbart Texas and said they crossed the Rio Grande River near McAllen on Thursday. The young man says he, along with his wife and baby, is headed to South Carolina where they have relatives waiting for them. He says he knows nothing about the shelter or what he will be told inside. When asked when he would be leaving the border area and by what means he said, “I don’t know, we’ll see what they say when we get inside.”