Approximately 40 migrants, primarily from Haiti, scuffled with Mexican authorities during an immigration check over the past weekend. The migrants refused to exit a bus and clashed with officers as they demanded the vehicle keep moving to Texas.

The scuffle took place in Galeana, Nuevo Leon, when Mexican immigration officials tried to stop bus #8545 from the Estrella Del Norte company. The bus was traveling along Highway 57 when authorities stopped to check immigration statuses and led the bus toward the Monterrey offices of the National Immigration Institute (INM).

When INM agents ordered the migrants to get out, several became physical and refused inspection. The migrants physically fought with officials. 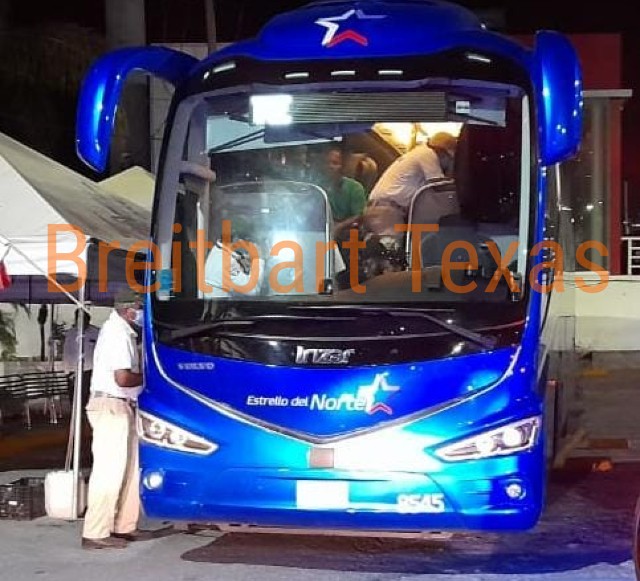 Breitbart Texas was able to obtain an exclusive photograph that captured the moment when an INM agent can be seen struggling with a group of migrants in the bus.

The INM officials had to call Mexico’s National Guard and Nuevo Leon police to provide backup. No serious injuries were reported.

After authorities were able to take control of the situation, they confirmed several migrants did not have legal status in Mexico. The group had originally been traveling from Monterrey to Ciudad Acuna in the border state of Coahuila, where they planned on crossing into Del Rio, Texas.