RIO GRANDE VALLEY, Texas — Cartel Smugglers continued their work on Christmas Eve moving more than 200 migrants across the Rio Grande in the Border Patrol’s busiest sector. As many celebrated the holidays on both sides of the border, the smugglers and Border Patrol agents engaged in what has become routine business on the southwest border.

Breitbart Texas traveled to several border towns in the Border Patrol’s Rio Grande Valley Sector and witnessed the interactions that did not take a break for Christmas. As residents attended mass on Friday evening, smugglers in Roma, Texas, ferried migrants across the Rio Grande in large groups consisting of family units, unaccompanied migrant children, and single adults. 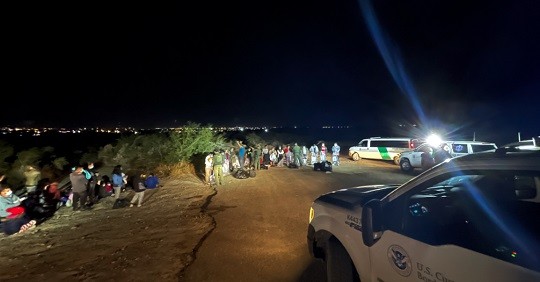 Across the river in Miguel Aleman, Mexico, residents celebrated the holiday by lighting fireworks as church bells rang out. On a loudspeaker outside a Catholic church in the heart of downtown Roma, broadcast its celebratory mass into the streets and hymns could be heard for blocks. The city square, usually used as a rally point for migrants who surrender by the hundreds nightly was void of the usual activity.

On this night, smugglers chose to move the migrants to the north end of town near a residential neighborhood. Using inflatable rafts, the smugglers moved the migrants across the Rio Grande as fireworks lit the night sky on both sides of the border. The migrants, mostly Central American, walked through the brush and into a neighborhood in Roma to await transport.

Border Patrol agents sorted the apprehended groups by single adults, family units, and unaccompanied migrant children. As several Border Patrol agents retrieved basic biographical information from the migrants, others conducted pat-down searches for weapons and contraband. Other agents inventoried and bagged migrant property in what appeared to be a smooth, well-developed process. 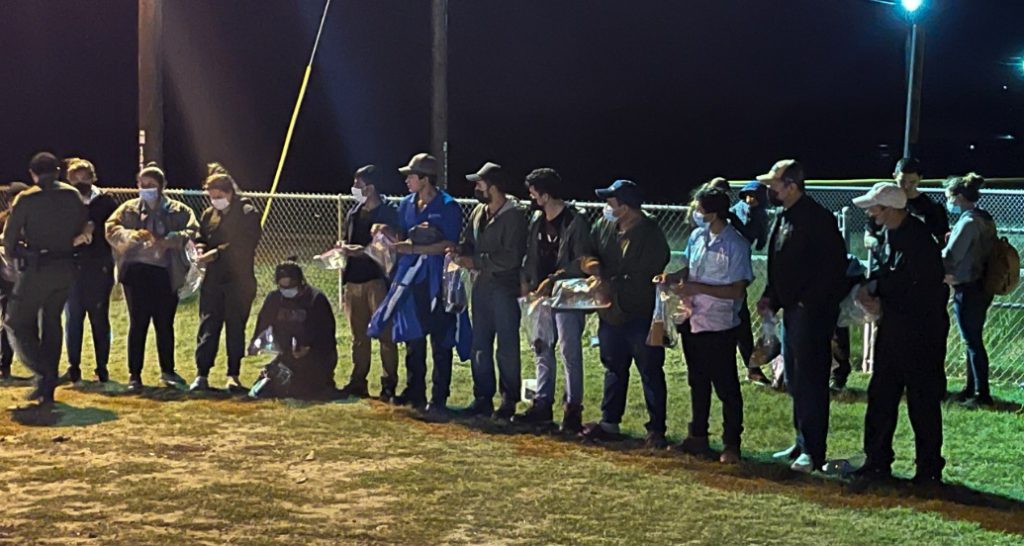 With the same precision, a Border Patrol agent prepared the group for transport after determining the demographic composition of the migrants. Agents inventoried and tagged the property while waiting for migrant transport buses.

Along Texas Highway 83 that moves through multiple border cities in the Rio Grande Valley, Border Patrol agents moved into ranches and communities in search of migrants who are not voluntarily surrendering. Breitbart Texas observed the agents cordoning off neighborhoods and small ranches attempting to track migrants attempting to elude apprehension.

The migrants apprehended on this Christmas Eve will be taken to a soft-sided processing center nearby. Once processed, many of the family unit migrants with tender age children will ultimately be released. Border Patrol agents in the Rio Grande Valley Sector arrested more than 549,000 migrants in Fiscal Year 2021. More than 257,000 of those were classified as family unit members according to the Border Patrol.