A group of gunmen left nine bodies on the side of the road with a banner threatening top government officials from the coastal state of Veracruz for supporting the Sinaloa Cartel. An interrogation video hinted that one of the victims was the nephew of the Veracruz Secretary of State.

Officials found the gruesome crime scene on Friday morning along a highway in a rural part of Veracruz. A government news release did not provide details of the murders but claimed that security forces had been deployed to the region to restore peace.

Leaked photographs of the naked bodies revealed that the victims had been beaten in the buttocks area with some type of paddle. Next to the piled-up bodies, the gunmen left a green poster board with a message threatening the Veracruz Secretary of State Erick Cisneros Burgos for his alleged role in supporting the Sinaloa Cartel in the region. The banner was signed by “Las Cuatro Letras” or The Four Letters, a reference to Cartel Jalisco New Generation (CJNG). 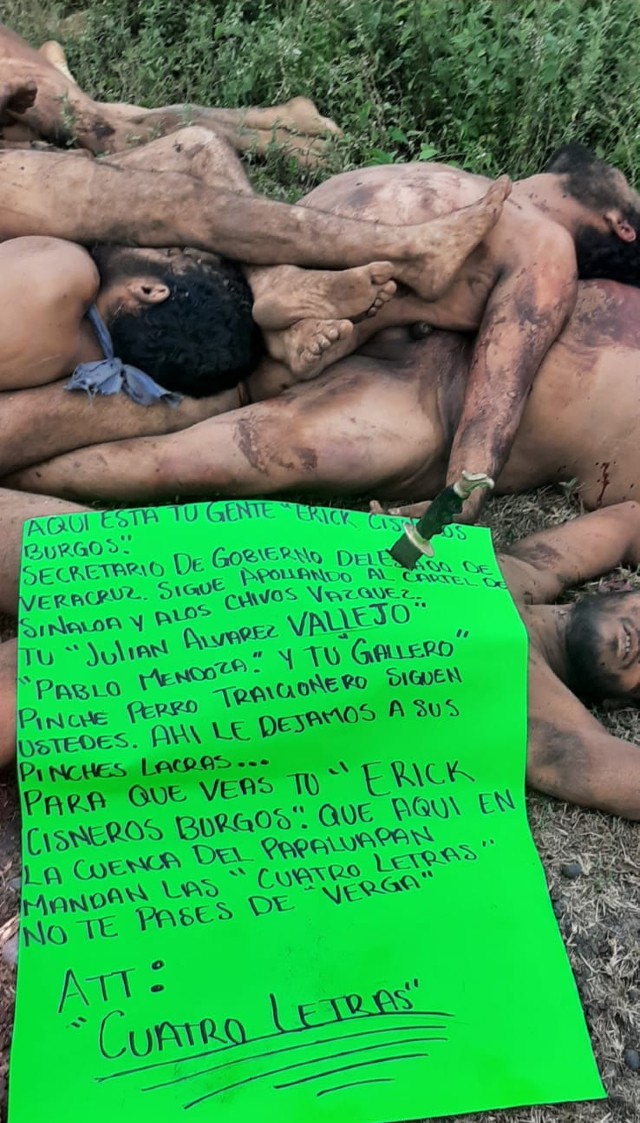 By Friday afternoon gunmen from CJNG leaked a video on social media where they show a group of ten people kneeling and with their hands on their heads surrounded by gunmen. It remains unknown if all of the victims that appeared in the video were murdered. In that video, one of the victims claims to be Erik Alejandro Roca Aranda, a nephew of Cisneros Burgos. The victim goes on to say that he and his uncle worked with the Sinaloa Cartel to facilitate their operations in the region. Roca Aranda claimed that his uncle paid him $5 million pesos ($245,000USD) to recruit gunmen for the Sinaloa Cartel to heat up the plaza.

According to the victim, his uncle was at odds with the Veracruz State Public Security Secretary Hugo Gutierrez Maldonado, who refused to side with Sinaloa and was not taking a side in the turf war. The plan was to have sicarios stir up violence in the region to cause problems for Gutierrez Maldonado. 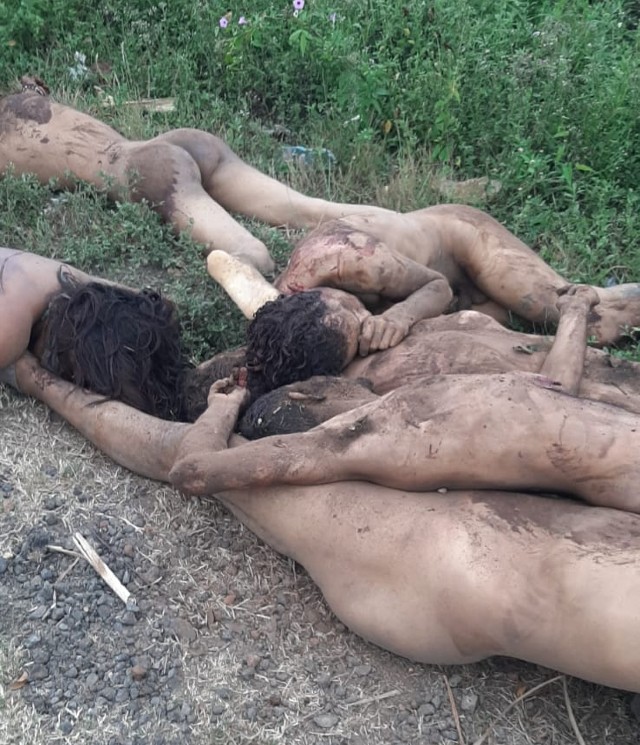 The state of Veracruz has a long history of cartel violence that government officials have not been able to control. Even after Governor Cuitlahuac Garcia who hails from the same party as current Mexican President Andres Manuel Lopez Obrador (AMLO) took office in 2018, cartel violence has continued to escalate in Veracruz.

The gruesome discovery comes just one day after a group of unknown gunmen left ten bodies inside an SUV outside of the governor’s palace in the state of Zacatecas, Breitbart Texas reported. That state is yet another front of the turf war between the Sinaloa Cartel and CJNG.

Editor’s Note: Breitbart Texas traveled to Mexico City and the states of Tamaulipas, Coahuila, and Nuevo LLeón to recruit citizen journalists willing to risk their lives and expose the cartels silencing their communities.  The writers would face certain death at the hands of the various cartels that operate in those areas including the Gulf Cartel and Los Zetas if a pseudonym were not used. Breitbart Texas’ Cartel Chronicles are published in both English and in their original Spanish. This article was written by “L.P. Contreras” from Mexico City and Jose Luis Lara from Michoacan.