President Joe Biden is helping many poor Afghans who did not help the U.S. campaign in Afghanistan to now migrate into Americans’ communities and workplaces, according to a Washington Post report.

A senior administration official said in an interview that the vast majority of Afghans who pass security screenings at transfer points abroad and want to enter the United States will be allowed to come. That includes a potentially sizable number who raise no red flags — but who also cannot demonstrate close ties to the U.S. effort in Afghanistan, acknowledged the official, who was not authorized to speak on the record.

The Washington Post did not identify the official. But the article did include evasive comments from Alejandro Mayorkas, the zealously pro-migration head of the Biden’s Department of Homeland Security:

Mayorkas said in an interview that he also could not specify how many of the evacuees worked with the United States. “I can’t really quantify it or measure it against expectations,” said Mayorkas.

The comments mark another step beyond Biden’s August claim that the United States would admit people who earned “Special Immigrant Visas” after fighting alongside U.S. soldiers. “The estimate we’re giving is somewhere between 50,000 and 65,000 folks total, counting their families,” Biden told ABC News anchor George Stephanopoulos on August 19.

Biden’s deputies now describe the accepted migrants as “vulnerable” Afghans, as if the migrants all face political or criminal penalties if they return to Afghanistan. 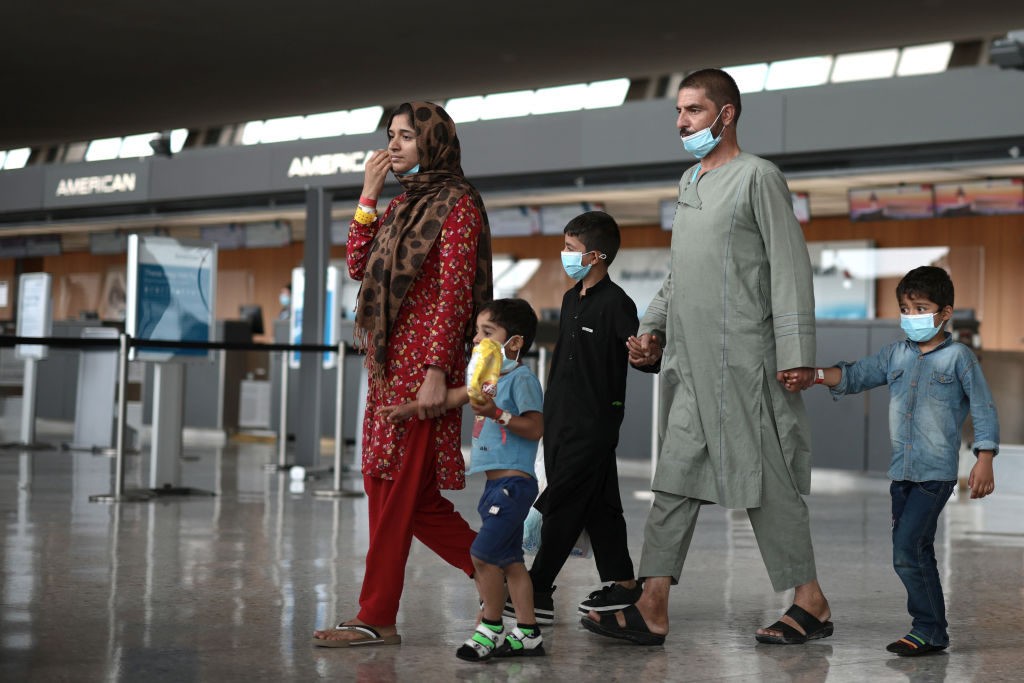 Refugees are led through the departure terminal to a bus at Dulles International Airport after being evacuated from Kabul following the Taliban takeover of Afghanistan on August 31, 2021 in Dulles, Virginia. The Department of Defense announced yesterday that the U.S. military had completed its withdrawal from Afghanistan, ending 20 years of war. (Anna Moneymaker/Getty Images)

Biden’s anti-border allies want at least $8 billion in taxpayers’ money to resettle at least 50,000 Afghans. Other groups are calling for at least 1 million Afghan migrants — regardless of the vast civic distance between Afghanistan’s pre-modern Islamic culture and the United States’ civic life.

A majority of Americans oppose the resettlement of more than 50,000 Afghans in the United States, according to an August 18-19 survey of 1,000 likely voters by Rasmussen.

Many Afghans forced their way into the evacuation, and there is little evidence that Biden’s deputies want to exclude Afghans who did not work or fight with Americans during the last 20 years. The Washington Post reported an anecdote on the chaotic lack of screening Biden’s airlift:

It was 2:30 a.m. when Mustafa, finally safe in the cargo bay of an American military plane after surviving the chaos and violence of the Kabul airport, glanced around at the other weary Afghans and was struck by what he saw.

Many had minimal identification and did not appear to have worked closely with the United States as he had, serving as a translator and analyst. They were “just people,” he said, who took advantage of a disorderly evacuation to flee their turbulent country.

“Nobody knows who was the good guy and who was the bad guy getting into the plane,” said Mustafa, who asked to be identified only by his first name to protect relatives still in Afghanistan. He added, “It’s a risky thing that I believe happened.”

Instead, in the first few frenzied days under the Taliban, when rumors swirled of American planes transporting Afghans directly to the United States, thousands of people without passports, visas or identification cards flooded Kabul’s airport and were placed on Doha-bound planes.

There are shopkeepers whose stores were next to the airport, members of the security forces who abandoned their posts there and employees of Kam Air, an Afghan airline, still in their uniforms after jumping on planes.

Other unidentified Afghans simply force-landed their aircraft on an American airbase in the nearby country of Qatar.

Many of the Afghan migrants will impose more chaotic diversity to Americans’ society, in part because many are fundamentalist Muslims who lack passports. For example, wealthy men in Afghanistan can wed multiple wives. Families often arrange marriages between cousins to conserve wealth within the extended family. The marriages often bind young girls to older men because women have little or no status in Islamic law.

Those Islamic cultural norms are being imported into the United States, the Associated Press reported September 3

“Intake staff at Fort McCoy [in Wisconsin] reported multiple cases of minor females who presented as ‘married’ to adult Afghan men, as well as polygamous families,” the document says. “Department of State has requested urgent guidance.”

Overall, Biden’s government is expected to import 1.6 million migrants from poor countries in 2021, or roughly one migrant for every two American births that year. 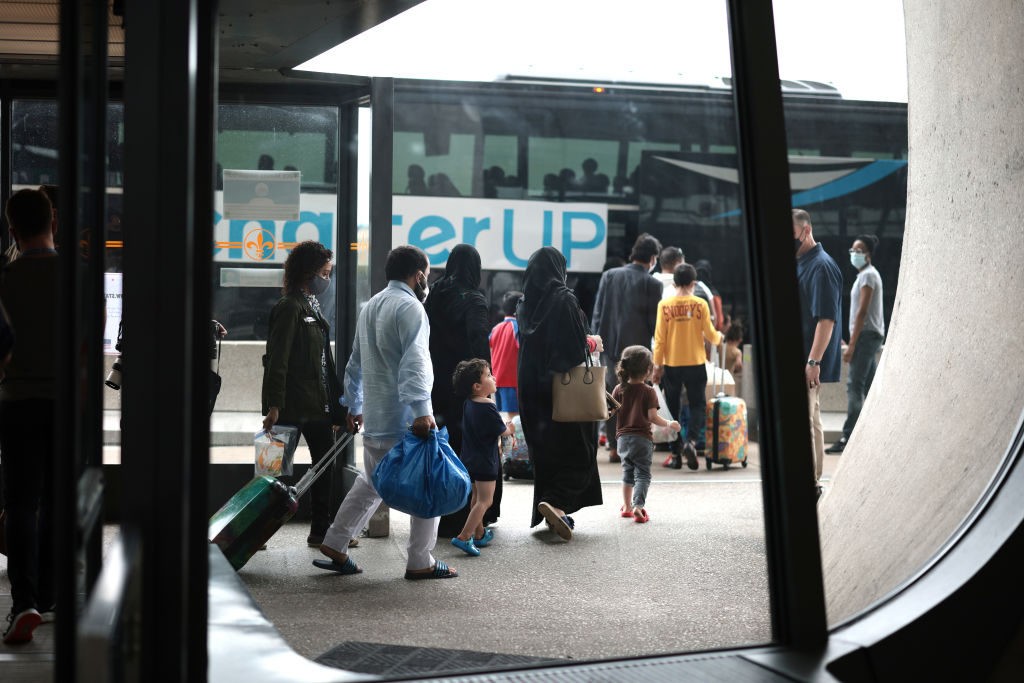 Refugees board a bus at Dulles International Airport that will take them to a refugee processing center after being evacuated from Kabul following the Taliban takeover of Afghanistan on August 31, 2021 in Dulles, Virginia. (Anna Moneymaker/Getty Images)

This policy extracts many new workers, consumers, and renters from poor countries for the benefit of U.S. employers, investors, and government agencies — and also to eventually deliver many potential voters to the Democratic Party.

Many pro-migration lobby groups are lavishly funded by wealthy pro-migration donors, including Mark Zuckerberg, George Soros, Brad Smith, the president of Microsoft, and others who hide their identity.