The Reuters news agency has exposed one small corner of the federal government’s extraction of debt-trapped child workers from poor countries for use in low-wage, low-tech, dangerous workplaces.

From Enterprise, Alabama, the news agency reported on a teenager who was delivered by federal officials to an Alabama home close to a chicken processing company:

At age 16, when most kids in the United States are halfway through high school, Amelia Domingo found herself working on chicken processing machines in this farm town and deep in debt to loan sharks in her native Guatemala.

After borrowing $10,000 for smugglers to get her through Mexico, Amelia crossed into Arizona last February and turned herself over to [Customs and Border Protection] immigration officials. They led her, she said, from a crowded border facility to a shelter for unaccompanied minors. After about a month, officials from the U.S. Department of Health and Human Services, which oversees shelters for migrant children, released her to a sister here in Alabama.

One day, she said, she hopes to return to Guatemala. First, though, she must continue wiring most of her wages home, where her parents pay off the loan sharks and what she said is a dizzying interest rate of 10% per month. She’ll return, she said, “if I ever have the means.”

The government-delivered extraction and delivery of cheap migrant labor allows companies to avoid hiring Americans at decent wages. It also allows them to avoid buying the productivity-boosting, labor-saving machines that would allow Americans to get more work done each day.

Progressives justify Congress’s 2008 “Unaccompanied Alien Children” (UAC) pipeline by saying it offers safety and education to endangered teenagers from Central America. But that claim means little to a poor girl from Guatemala.

“School isn’t for me,” Amelia told Reuters. “I have debts.” 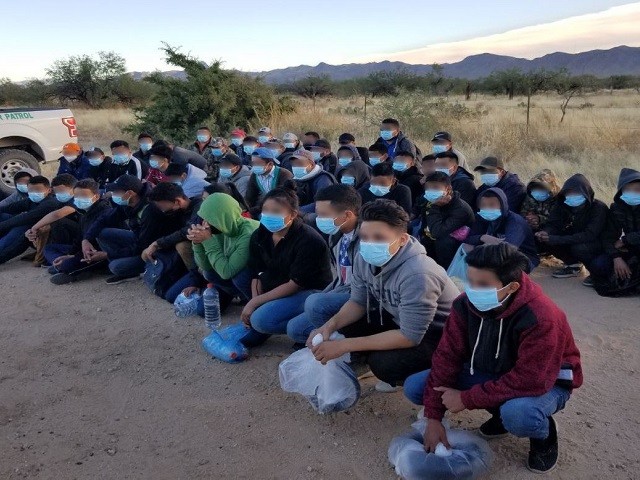 In a sidebar, Reuters described the abusive treatment of the semi-legal UAC child workers within the larger population of exploited migrants:

Poultry industry workers in and around Enterprise told Reuters that migrants, including minors, easily obtain fake credentials and supply those to staffing firms who help them find work in area plants. The firms, they said, sometimes dock workers’ pay for services, including transportation to and from the workplace, and deny them benefits like overtime pay, sick days, time off and medical coverage.

The youth labor trafficking pipeline was largely stopped in 2020 by former President Donald Trump amid loud opposition from Democrats and immigration reporters.

But President Joe Biden quickly reopened and expanded the pipeline. In fiscal year 2021, Biden admitted 125,000 UAC migrants, up from 33,000 under Trump in 2020. Two-thirds are male, and roughly 70 percent are older than 15, according to federal data.

The labor trafficking via the UAC program has been an open secret in Washington, DC, for many years — but it is ignored by pro-migration officials, advocates, lobbyists, and the Democratic legislators who are eager to portray border enforcement as racism.

“Honestly, I think almost everyone in the system knows that most of the [migrant] teens are coming to work and send money back home,” Maria Woltjen, executive director and founder of the Young Center for Immigrant Children’s Rights, told a ProPublica reporter. “They want to help their parents,” she said in a November 2020 article.

ProPublica described the case of Garcia, a child from Guatemala:

He was 15 and he had debts to pay, starting with the roughly $3,000 he owed for the “coyote” who guided him across Mexico from Guatemala. To finance the trip, his parents had taken out a bank loan, using their house as collateral. If he didn’t repay it, the family could lose its home.

Within a week of arriving, Garcia accompanied his aunt and uncle to the factory where they worked making auto parts. He got hired on a 6 p.m. to 6 a.m. shift, cleaning newly made screws and bolts with an air blow gun. Workers wore safety goggles to protect their eyes from the shards of metal that blew in their faces. It was a dirty job. “I didn’t like it, working with so many oily parts,” he recalled. “And it was dangerous.”

Garcia was not directly employed by the factory. Instead, he got the job through an “oficina,” the word Spanish-speaking immigrants use to describe the dozens of temporary staffing agencies that employ hundreds of thousands of workers in Illinois. In some cases, the [migrant] teens interviewed by ProPublica — all but one of them male — say they don’t even know the name of the staffing agency that employs them; it’s just the place where someone told them they could find work.

Many of the UACs are seeking to join illegal migrant parents living in U.S. cities. But many are seeking work, often to help their poor parents. In September 2021, the Congressional Research Service reported that “in April 2018, during a Senate Homeland Security Committee hearing, an [agency] official testified that [it] was unable to account for 1,475 of the 7,635 unaccompanied children placed with sponsors between October and December of 2017.”

Law enforcement agencies shut down some trafficking operations, including trafficking for prostitution, but are under pressure from politicians to preserve the labor migration.

Most Republicans ignore the inflow of child labor, despite the obvious political advantage of being able to portray their political rivals as complicit with child trafficking. But many business groups donate to GOP politicians and state campaign committees.

The reality is periodically acknowledged by some migration advocates. In February 2016, the Washington Post‘s editorial board warned officials of labor trafficking into a hidden child labor economy:

A recently released Senate report confirmed that HHS in 2014 placed at least six children with a ring of human traffickers, who then forced them to work at Trillium egg farm in Ohio for as little as $2 a day. According to a 2015 criminal indictment, the children were subjected to inhumane treatment — forced to work six or seven days a week, 12 hours a day, and the traffickers “repeatedly threatened the victims and their families with physical harm, and even death, if they did not work or surrender their entire paychecks.” The children were housed in trailers with “no bed, no heat, no hot water, no working toilets, and vermin.”

Even Biden’s border security chief admits the children are being trafficked through his agency. Alejandro Mayorkas, the secretary of the Department of Homeland Security, told Univision anchor Jorge Ramos in a March 2021 interview:

What we need to do as a nation is, we need to invest and address the root causes so that parents do not need to send their children alone to leave their countries of origin, to leave their homes, to traverse Mexico, only to get to get to the southern border and to be placed in the hands of traffickers.

But Mayorkas is a pro-migration zealot and he is willing to ignore child trafficking while he continues to encourage more migrants to risk their lives to get into the United States. In March 2021, he declared:

We will also not waver in our values and our principles as a Nation. Our goal is a safe, legal, and orderly immigration system that is based on our bedrock priorities: to keep our borders secure, address the plight of children as the law requires, and enable families to be together. As noted by the President in his Executive Order, “securing our borders does not require us to ignore the humanity of those who seek to cross them.” We are both a nation of laws and a nation of immigrants. That is one of our proudest traditions.

Many migrants die while trying to reach Mayorkas’s welcome. 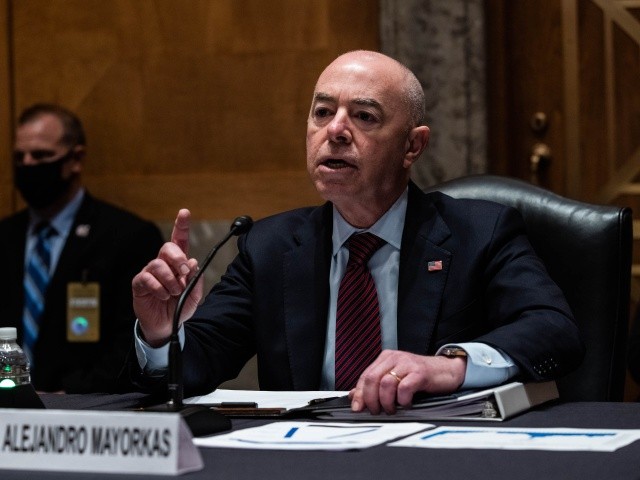 Alejandro Mayorkas, Secretary of Homeland Security, testifies during a Senate Homeland Security and Government Affairs Committee hearing May 13, 2021, on Capitol Hill in Washington, DC. The committee is hearing testimony about the Biden administration’s plan to deal with unaccompanied minors at the Southern U.S. border. (Photo by Graeme Jennings-Pool/Getty Images)