Americans are increasingly downtrodden about the condition of the national economy and the direction of the country.

Seventy-eight percent of adults consider the national economy to be in poor condition, up from 70 percent last month, according to an AP-NORC poll released Friday.

The steep downward assessment of the economy was powered by a collapse in sentiment among Democrats. A month ago, 47 percent of Democrats described the economy as good. In May, that slid to 35 percent.

Republicans already viewed the economy as grim, with just 10 percent saying it is in good condition in April. In May, that slipped to seven percent.

Two-thirds of Americans disapprove of President Joe Biden’s handling of the economy. This isn’t some sudden turn against the president or reaction to bad news. According to the Associated Press, this overwhelming disapproval has been largely steady over the last few months. 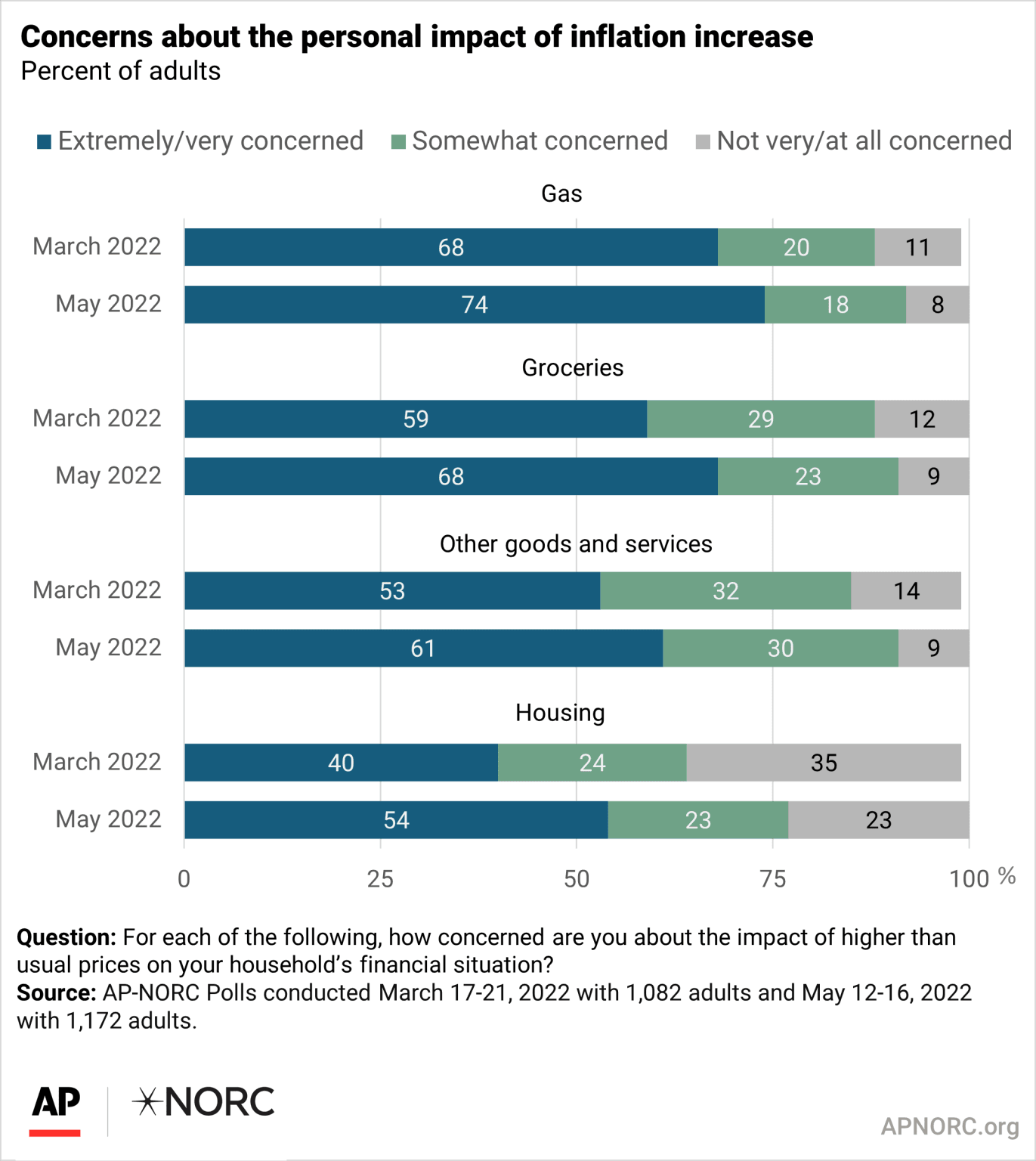 Biden’s overall approval rating dropped to 39 percent, the lowest rating of his presidency.

From the AP report on the poll:

“I don’t know how much worse it can get,” said Milan Ramsey, a 29-year-old high school counselor and Democrat in Santa Monica, California, who with her husband had to move into her parents’ house to raise their infant son.

Ramsey thinks the economic dysfunction that’s led to her being unable to afford the place where she grew up isn’t Biden’s fault. But she’s alarmed he hasn’t implemented ambitious plans for fighting climate change or fixing health care.

“He hasn’t delivered on any of the promises. I feel like the stimulus checks came out and that was the last win of his administration,” Ramsey said of Biden. “I think he’s tired — and I don’t blame him, I’d be tired too at his age with the career he’s had.”

Seventy-eight percent of Americans agree the county is moving in the wrong direction, up from 70 percent in the April AP-NORC poll. The change has been driven by a collapse in positive views among Democrats. Back in March, 55 percent of Democrats said the country was headed in the right direction. In the May poll, just 33 percent do.