You probably can guess how Wall Street is reacting to the Supreme Court’s decision declaring constitutional neutrality on abortion.

Following the leaked draft of the decision overturning Roe v. Wade, Wall Street firms went out of their way to tell employees that they would pay for travel expenses out of states that restricted abortion so that their employees could end the lives of their unborn children in places that embrace such procedures. On Friday, following the Supreme Court’s decision, several reminded employees that they had adopted these policies or were about to.

To a large extent, this is nearly costless virtue signaling. A huge number of the employees of these major financial institutions work in places where abortion is available upon demand at least until the point of birth. For some of the bigger banks with offices all across America, like Bank of America or J.P. Morgan, there is potential added costs but not enough that it would ever make a difference to their bottom line. They are simply declaring themselves on the side of abortion. 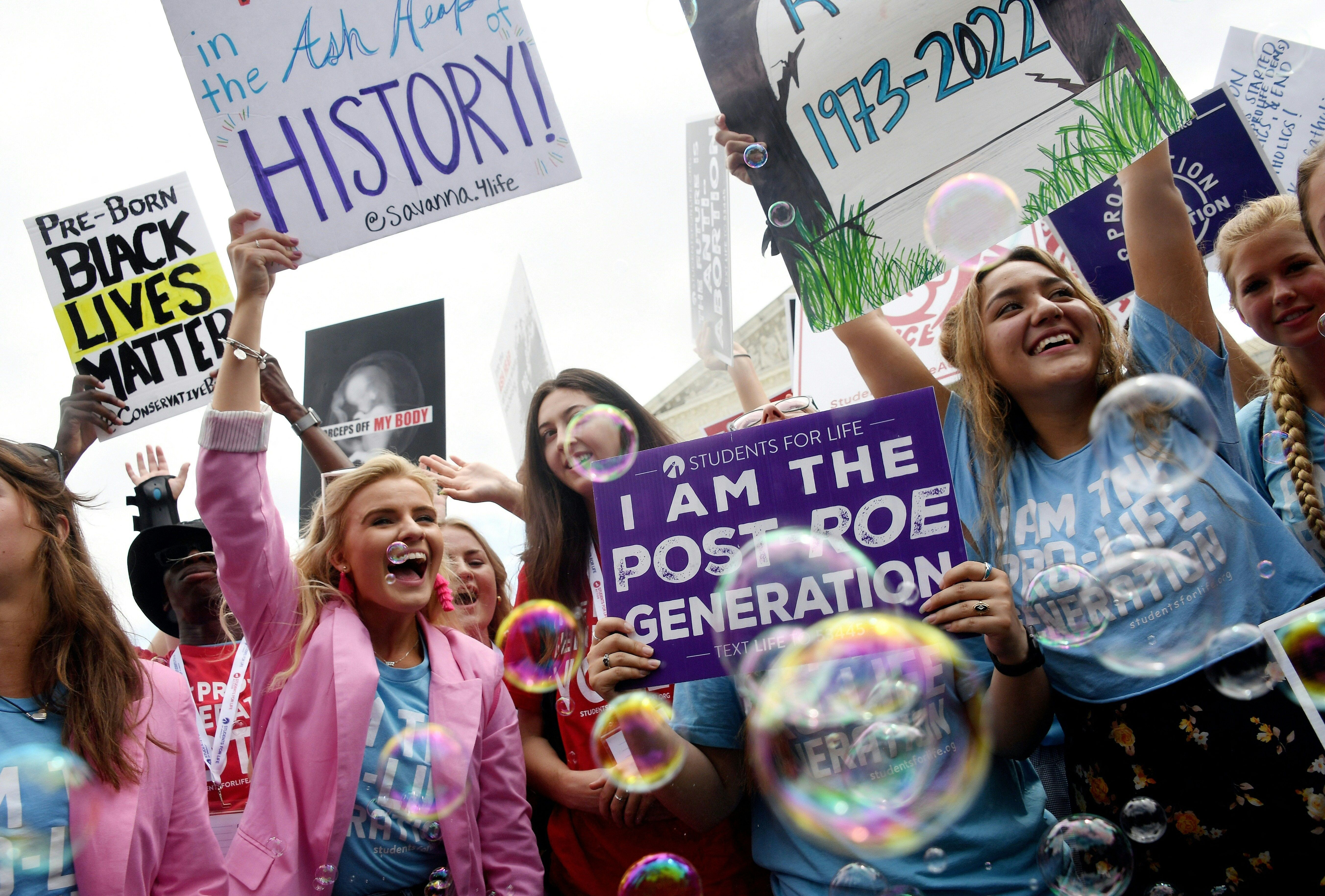 There has been a lot of talk lately in Washington, DC, that the Biden administration might attempt to reduce inflation by cutting tariffs on goods imported from China. The details of such plans remain vague, but Treasury Secretary Janet Yellen is said to favor it while Trade Representative Katherine Tai appears to be opposed.

“The China tariffs are, in my view, a significant piece of leverage and a trade negotiator never walks away from leverage,” Tai said in testimony before the Senate Appropriations Committee.

It’s understandable that the Biden administration would be scrambling for some policy to reduce prices ahead of the midterm election. Inflation is the top concern among American voters, many blame the Biden administration, and Biden’s popularity is in the tank. Democratic lawmakers are begging Biden to do something before they drown in a red wave election this fall. Big business lobbyists are pressing Biden for a repeal of the China tariffs.

There’s a fog of unreality about this. Only about one percent of the Chinese products subject to tariffs are consumer goods. When tariffs were imposed, they did not raise consumer prices, probably because most of their cost fell on the margins of Chinese manufacturers and U.S. importers. Lifting the tariffs would not have much of an immediate effect on U.S. prices at all. A review by the Peterson Institute, which is not friendly toward the tariffs, found that a complete repeal of the China tariffs would reduce the Consumer Price Index by 0.26 percentage points. That’s a drop in the bucket when we are at 8.6 percent annual inflation.

What’s more, a repeal would do absolutely nothing to the two most politically salient parts of inflation: gas prices and food prices. In fact, reducing the tariffs could exacerbate inflation in food and gas because it would free up a bit of money for households to spend at the gas station and grocery store.

Catherine Rampell of the Washington Post makes an important point about how the Biden administration’s war on U.S. businesses is hampering its attempts to bring down gas prices:

Ramping up drilling and refining requires big, expensive investments that firms worry won’t pay off if (when) oil demand eventually falls again. A lot of companies went bust in 2020, when oil prices briefly went negative. The long-term outlook for fossil fuels isn’t great. One solution might involve insuring companies against some “downside risk.” For example, the government could guarantee some minimum level of future prices or profits.

But that would be politically toxic. How can Democrats guarantee profit levels, when they’ve convinced their voters that these greedy firms are already “profiteering”? Progressives have effectively boxed themselves in.

It’s even worse than that. The Biden administration is not only prohibited from helping refiners by its “corporate greed” narrative. It is also blocked by its attachment to green energy and its pledge to end fossil fuels. On Thursday, when Treasury Secretary Jennifer Granholm was holding an emergency meeting with representatives from all the top oil companies, Biden was meeting in the White House with wind energy people. This tells you everything you need to know about who is really running the show in the administration, and it is not the people who want cheaper gasoline.

We really do hate to be the bearers of bad news on such a glorious day, but this is what they tell us we are paid to do. Consumer sentiment sunk from its record low in mid-June to a new record low in the final June reading. The most important takeaway from the report is that the decline in sentiment is pretty much universal.

As we’ve mentioned before, we regard this as the real measure of presidential approval because it is slightly less subject to partisanship. It’s not immune, as post-electoral shifts in 2016 and 2020 have shown. But it is not as dominated by partisan feelings as the strictly political polls are. By this reading, Biden is one of the most unpopular presidents in generations, worse than Carter was on the eve of his loss to Ronald Reagan.

No wonder the Democrats are in such a panic.