A Virginia woman says the National School Board Association (NSBA) and the Department of Justice (DOJ) are enacting similar strategies to the ones she experienced when she was a student during China’s Cultural Revolution before immigrating to the United States.

“When I was in China, I spent my entire school years in the Chinese Cultural Revolution, so I’m very, very familiar with the communist tactics of how to divide people, how they canceled the Chinese traditional culture and destroyed our heritage,” Xi Van Fleet told Fox News. “All this is happening here in America.”

“Now they are labeling parents and concerned citizens like me as domestic terrorists,” Van Fleet told Fox. “What that can do? You may lose your freedom.”

Her comments come on the heels of Attorney General Merrick Garland’s October 4 memo, which announced the DOJ would be using federal resources to investigate “a disturbing spike in harassment, intimidation, and threats of violence against school administrators, board members, teachers, and staff.” 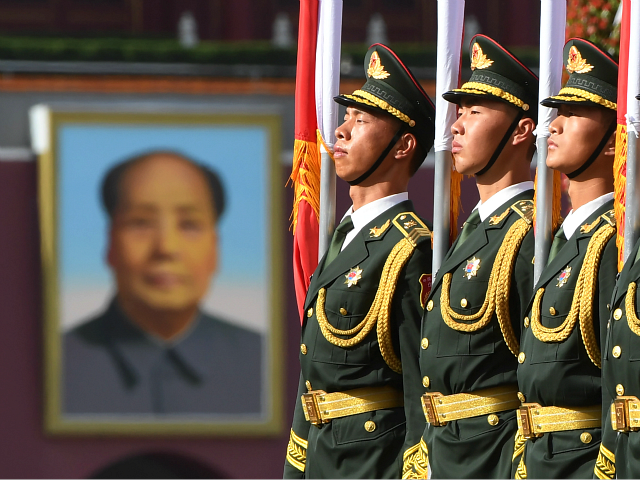 Flag bearers prepare for a welcome ceremony for Kazakhstan’s President Nursultan Nazarbayev, near the portrait of late Chinese communist leader Mao Zedong, outside the Great Hall of the People in Beijing on June 7, 2018. (Photo credit should read GREG BAKER/AFP via Getty Images)

“The Department takes these incidents seriously and is committed to using its authority and resources to discourage these threats, identify them when they occur, and prosecute them when appropriate,” Garland’s memo goes on to say.

The memo came soon after the NSBA sent a letter to President Joe Biden requesting help from federal law enforcement regarding frustrated parents that the NSBA equated to “domestic terrorists.”

Van Fleet told Fox News that she believes the tactic is meant to intimidate parents.

“I think it’s intimidation, no doubt about it. They called them racists for a long time, but that did not work,” said Van Fleet. “So, they have to upgrade to domestic terrorists.”

“I do have a question: What’s [the] next step?” Van Fleet asked. “Is the Tiananmen Square crackdown the next, or the parents who one day risked their lives just to speak out for the children? That’s why I’m here.”

“In China, the public schools are really government schools,” she added. “And here, the same thing is happening here.”

“The radical left has already taken over our educational system,” said Van Fleet. “They control the schools, the school boards, and other associations, such as the Teacher’s Association and the National School Board Association. And they actually have been training our children to be the social justice warriors for a long time.” 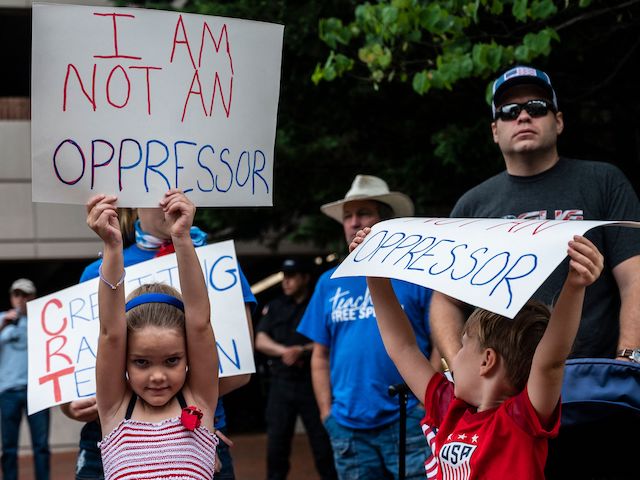 “This is about your children,” she said. “For me, I’m fighting it because it is about our future. The future of this country. So we cannot be intimidated.”

“I can understand parents not wanting to speak in front of the school board members of their concerns, because now there is a fear,” Jackson told Fox. “They have instilled fear within the parents. They created fear amongst the community in which you’re supposed to service and support.”

“I really think at this point the only thing to do is have a mass exodus from the public school system – that’s it,” King said at the Family Research Council’s “Pray Vote Stand Summit” in Virginia on October 7.

“With this FBI thing, it just made me realize – what else are we supposed to do?” she asked. “Standing up to these people doesn’t seem to matter. I mean, we have – all of us – we’ve been at these school board meetings, we’ve been voicing our opinions, we’re writing articles, we’re emailing teachers – we’re doing all that stuff. And they don’t care. I’m like the only thing left to do is to just peace out.”