The first time I heard the phrase, “Politics is downstream from culture”, I had no idea what it meant. After figuring it out, and explaining it to a few Conservatives, they dismissed the concept. The truth, however, is that it may be one of the most important phrases of the New Media Age, and it’s vital that people understand it. 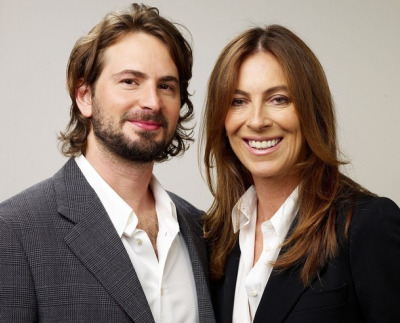 Our lives — indeed, our very species — has storytelling wound into our DNA. From the earliest cave drawings, man has expressed himself in terms of story. Ancient civilizations understood that stories are vital to understanding our place in the world, so much so that they codified storytelling and found base rules that form it. Oral histories are a part of every culture across the globe.

Stories instill moral and ethical values. They place joy and tragedy in context. They preserve cultures. At their best, they deliver the secrets and meanings of life.

As Dr. Neal Baer, the longtime showrunner of Law & Order: SVU tells in my book Inside the TV Writer’s Room, humans live story on a daily basis. What happens when your run into a friend? He asks what you’ve been up to. You tell a story.

What did you do today? You relate it in the form of a story. Doctors tell each other the story of a patient in order to diagnose her. Lawyers attempt to tell jurors a story through direct and cross-examinations, and opening and closing statements. Businessmen tell the story of their product. Stock investors try to suss out a company’s story to see if it is a good investment.

Most importantly, it isn’t only the text that is important. It is also a story’s context and it’s subtext that deliver messages. It’s those messages that are significant in this article.

Popular culture is delivered to us in the form of story via books, TV, film, music, video games, and new media. Obviously, most of us are there to simply be entertained. However, along with that entertainment comes messaging. It may not be intentional. Oftentimes, it isn’t (and the job of critics to tease out unexpected thematics or commentary).

So whenever we view a piece of popular culture, we should ask what messages it delivers. What values are espoused or rejected? What is the moral of the story? How did the characters change? What did they learn? What means did they use to their ends? Finally, how do you feel about the answers to these questions?

Because whether you like it or not, or believe it or not, the messaging of popular culture is resonating inside everyone’s conscious and subconscious mind. And if those messages are not consonant with the things you hold dear, then it is incumbent upon you to challenge yourself. First ask why it threatens you, and then, if appropriate, accept or reject the message. Never reject it out of hand. Do yourself the favor of letting yourself be challenged, in the event you make a discovery about something that never occurred to you.

Thus we come to politics. Given the influence that story has on our everyday lives, and that popular culture is barraging us with story on a regular basis, we must remain ever vigilant as to the messaging in those stories.

Regardless of one’s ideological, moral, ethical, or religious leanings, every person should be aware of the messaging of every piece of popular culture. The thesis here at BH is that the vast majority of those with the power of content creation are Liberals. If you accept that thesis, then realize that Liberals control story. Given the breadth and depth of popular culture in our daily lives, it follows that Liberal messaging is what is primarily being imparted on the masses.

What is some of that messaging? Think about movies and TV. Corporations are evil — using unwitting poor Africans for pharmaceutical testing (Constant Gardener) or dumping toxic chemicals into nature (Erin Brockovich, A Civil Action) or responsible for the end of mankind (Rise of the Planet of the Apes). American soldiers are bloodthirsty lawbreaking maniacs (Any military film). The CIA conducts illegal, secret operations that have nothing to do with protecting America. Radical Muslim terrorists are never villains. Trial lawyers are crusading do-gooders. David Letterman and Saturday Night Live ridicule the Right 95% of the time. Jon Stewart pretends to be centrist, but in fact jumps all over the Right far more often than the Left.

Finally, what are voters meant to take away from a candidate’s speech, platform, or appearance? The candidate’s story, of course. That’s why it is imperative to understand messaging. Not only will a politician tell his own story, he will also attempt to define the opposing party or candidate’s narrative for him. He who controls that narrative wins.

Culture influences politics, and in ways the Left has understood for a long time. The Right has sat idly by, as they did with higher education, and let an ideological movement take over one of the most important aspects of American society. If the Right has any interest in reclaiming that ground, they must vote with their pocketbooks as well as their voices, and their votes. Given the decline in box office admission volume and network television ratings, they are getting the message.