College students at UNLV “squealed” and asked to take photographs when the 31-year-old “Roar” singer when she knocked on their doors to ask them to vote for Clinton as early voting opened in the state Saturday, according to the Associated Press.

“We’re out here campaigning for Hillary Clinton. Ever heard of her?” Perry reportedly told a group of young women who invited her into their dorm room. “Because there’s no other alternative. We need our issues heard, we need our bodies taken care of, we need all that choice.”

The singer — one of Clinton’s most enthusiastic celebrity supporters — sported a t-shirt with the phrase “Nasty Woman” written on it, a clear reference to a remark made about Clinton by Republican Donald Trump at the final presidential debate on Wednesday night. 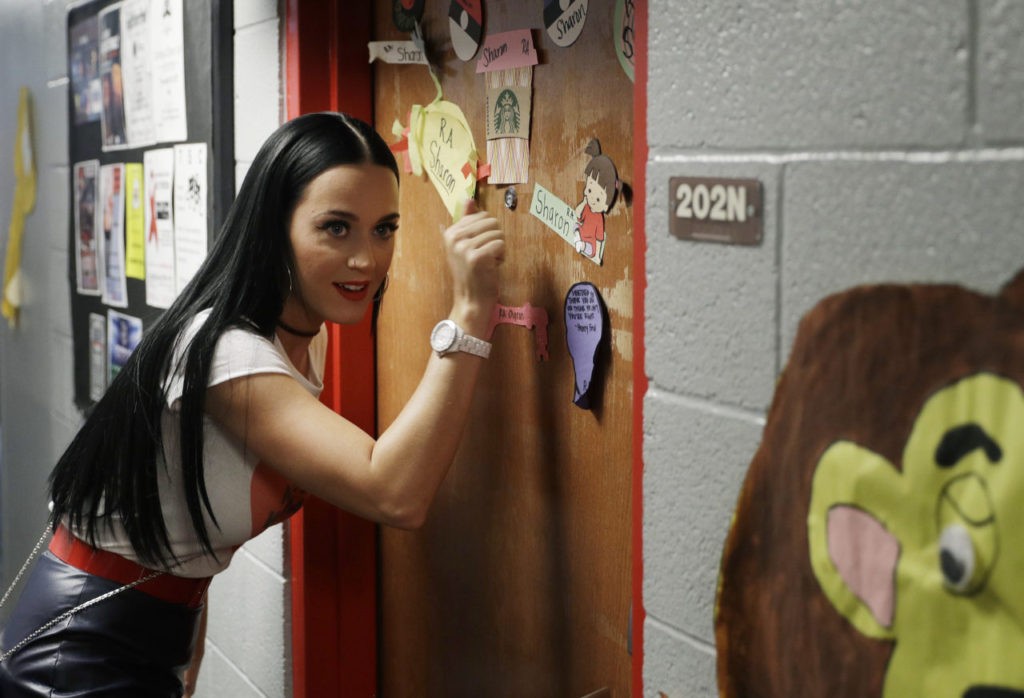 Perry has spent much of the past year hitting the campaign trail for Clinton at various rallies and fundraisers. The singer appeared alongside the candidate at a rally in Iowa last October and co-hosted a fundraiser with Elton John at New York City’s Radio City Music Hall earlier this year.

Perry also spoke on behalf of Clinton at the Democratic National Convention in July.

“Unfortunately, I don’t have a formal education. But I do have an open mind, and I have a voice,” Perry said then, just before performing two of her songs. “I’m asking you to have an open mind and to use your voice. … Here’s how I’m going to use my voice: I’m going vote for Hillary Clinton.”

Most recently, Perry stripped down to encourage votes for Clinton in a PSA for liberal comedy website Funny or Die. The singer is also set to headline a “Love Trumps Hate” concert in Philadelphia on November 5.

Perry isn’t the only singer to have knocked on college dorm room doors for Clinton’s campaign this weekend. On Saturday, Miley Cyrus headed to George Mason University in Virginia to drum up millennial support for the Democratic candidate.