American consumers are dumping traditional cable packages at a faster rate than ever before, electing instead to purchase cheaper and more customizable digital TV service, according to a new study.

Data from a Magid Broadcast Study and reported upon by Axios says consumers are more inclined to cut the cord and make the switch to streamed TV content from major companies, including Amazon, Netflix, and Hulu TV. 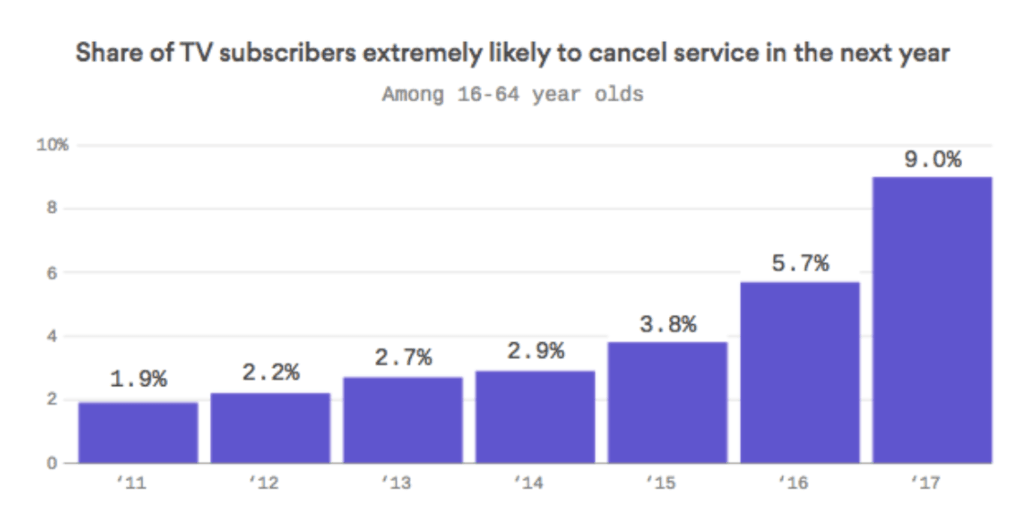 A similar study conducted by the Interactive Advertising Bureau this month found a 56 percent increase in consumers watching their favorite program on a “Streaming Enabled TV,” a television that can access Internet-based video content, commonly referred to as a “Smart TV.”, or through the use of a “Video Streaming Device,” including Roku, Apple TV, or an Amazon Fire Stick.

The Interactive Advertising Bureau study also found that ownership of a smart TV and a video streaming device saw double digit increases between 2015 and 2017 among adults over the age of 18.

Last month, Disney-owned ESPN began the process of laying off an estimated 100 staffers and employees. Earlier this month, Dish Network reported a steep decline in pay subscribers in its first fiscal quarter, announcing that some 143,000 net subscribers cancelled their service in the fourth quarter.