Academy Award-winning La La Land director Damien Chazelle joined Twitter Wednesday to add his voice “to the chorus” of other high-profile Hollywood personalities who have spoken out against President Donald Trump in recent days, and to urge his fans to donate to the Black Lives Matter movement.

In his first-ever series of tweets Wednesday, the 32-year-old director accused the Trump administration of “openly endorsing Nazism and white supremacy,” and insisted that anyone in a “position of power” who remains silent is “complicit.”

Chazelle’s comments came days after a rally organized to protest the removal of a statue of Confederate general Robert E. Lee turned deadly when white nationalist protesters clashed with Antifa counter-protesters, and a 20-year-old man drove his car into a crowd of counter-protesters, killing one woman and injuring at least 19 others.

Decided to join Twitter because I feel a responsibility to add my voice to the chorus. (1/10)

The Trump administration is openly endorsing Nazism and white supremacy. It's that simple. (2/10)

We're living a historic moment. Things don't often come this clear-cut. Anyone in a position of power who stays silent is complicit. (3/10)

In a contentious press conference Tuesday afternoon in Manhattan, Trump denounced the violence and addressed criticism of his initial reaction to the Charlottesville incident.

“There was no way of making a correct statement that early,” Trump told reporters of his initial reaction to the incident. The president also called the driver of the car in the attack “a disgrace to himself, his family, and this country,” and a “murderer.”

In his Twitter messages, Chazelle — who became the youngest person to win the Best Director award at this year’s Oscars, for his work on La La Land — expressed hope that the Republican Party would “come to its senses” and call for Trump’s impeachment.

The Harvard graduate also urged his followers to donate to left-wing political groups, including Black Lives Matter, the ACLU, the NAACP, and Planned Parenthood.

I hold out hope. That the GOP will come to its senses and call for impeachment. (4/10)

That voters lured by Trump's economic promises will finally wake up. And that we as a country will learn from this. (5/10)

That the epic moral failure we're witnessing now will inspire a new activism. (7/10)

Might be naive. But in the meantime, I'm gonna try to do whatever I can. I gotta believe every little bit helps. (8/10)

And call on the GOP as passionately as possible: impeach this loathsome misogynist racist. (10/10)

Chazelle also shared his thoughts on free speech, explaining that he had grown up in France, where certain expressions of speech, like Holocaust denial, are illegal.

“That kind of curb on free speech might not be palatable here in the States. Even if it were, might be very much the wrong approach,” he wrote. “But let’s be clear: we live in a country where right now only white men enjoy the privilege of unfettered free speech. How many white supremacists were arrested in Charlottesville? 4. How many protestors were arrested in Ferguson? 155.”

“THAT is the state of free speech in America today,” he concluded. 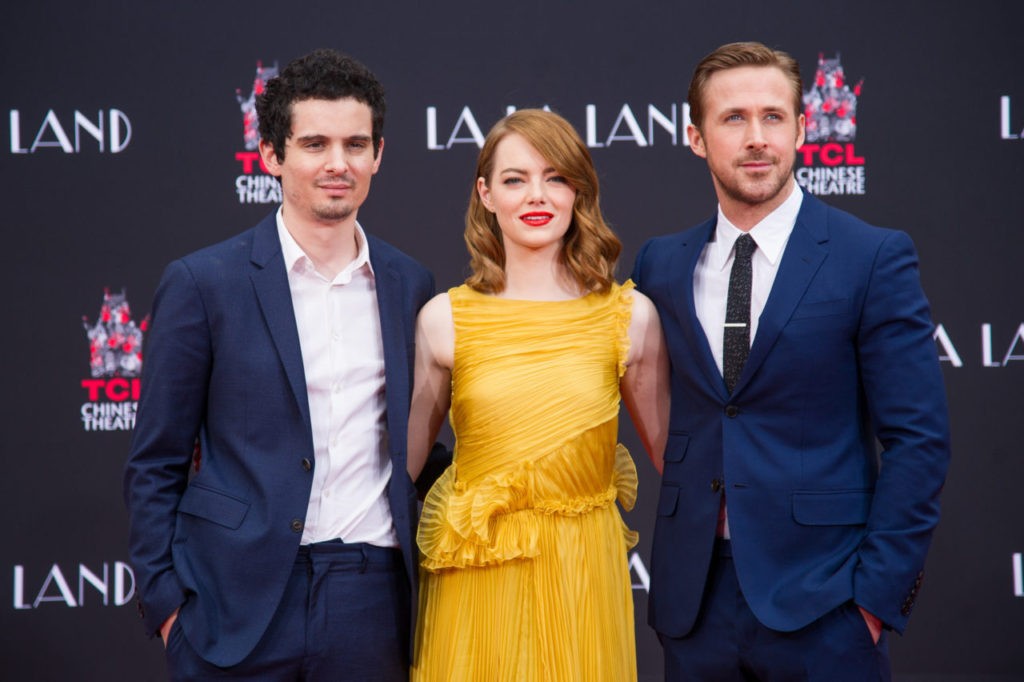 Chazelle was just one of numerous celebrities to criticize Trump and his response to the Charlottesville rally incident. On Tuesday night, filmmaker Michael Moore and actors Mark Ruffalo and Olivia Wilde held a protest rally outside Trump Tower in Manhattan, while late-night hosts including Stephen Colbert, Jimmy Fallon, and Jimmy Kimmel skewered the president in their monologues. Meanwhile, a slew of major and minor celebrities used their social media account to express their disapproval with Trump’s response.

Chazelle is currently in pre-production on his follow-up to La La Land, entitled First Man. The film is set to tell the true story of astronaut Neil Armstrong, the first man to have walked on the moon. The film will reunite him with Ryan Gosling, and also stars Claire Foy, Kyle Chandler, and Corey Stoll.