Actor Billy Porter arrived on the 2019 Academy Awards red carpet in a custom tuxedo dress by Christian Siriano that turned heads and made headlines.

The fashion establishment is going gaga for Porter’s velvet, tailored tuxedo ballgown. Harper’s Bazaar wrote “Billy Porter Slays in a Christian Siriano Tuxedo Dress on the Red Carpet,” writing in the subheadline “We. Are. Not. Worthy.” of such an ensemble.

InStyle Magazine boasted “Billy Porter Wore a Dress to the Oscars and the Internet Is Shook” while Vogue declared “A play on masculinity and femininity, the look challenged the rigid Hollywood dress code and was boundary-pushing in all the right ways.”

The look is a tribute to Hector Xtravaganza — who died last year — from New York City’s House of Xtravaganza, founded in the early 1980s as one of the most famous underground ballroom houses.

Porter, best known for his roles on director Ryan Murphy’s hit FX Network show Pose, described the choice to wear a tuxedo gown as one that was meant to push boundaries:

Now I’m in a space where, being on Pose, I’m invited to red carpets and I have something to say through clothes. My goal is to be a walking piece of political art every time I show up. To challenge expectations. What is masculinity? What does that mean? Women show up every day in pants, but the minute a man wears a dress, the seas part. It happened to me at the Golden Globes [when I wore a pink cape], and I was like, really? Y’all trippin’? I stopped traffic! That Globes outfit changed everything for me. I had the courage to push the status quo. I believe men on the red carpet would love to play more. This industry masquerades itself as inclusive, but actors are afraid to play, because if they show up as something outside of the status quo, they might be received as feminine, and, as a result, they won’t get that masculine job, that superhero job. And that’s the truth. I’ve been confronted with that. [Emphasis added]

Porter wore the gown to the Vanity Fair afterparty, removing his white ruffled tuxedo shirt and bow tie that he had worn on the red carpet and, instead, throwing on only a glittering women’s necklace. 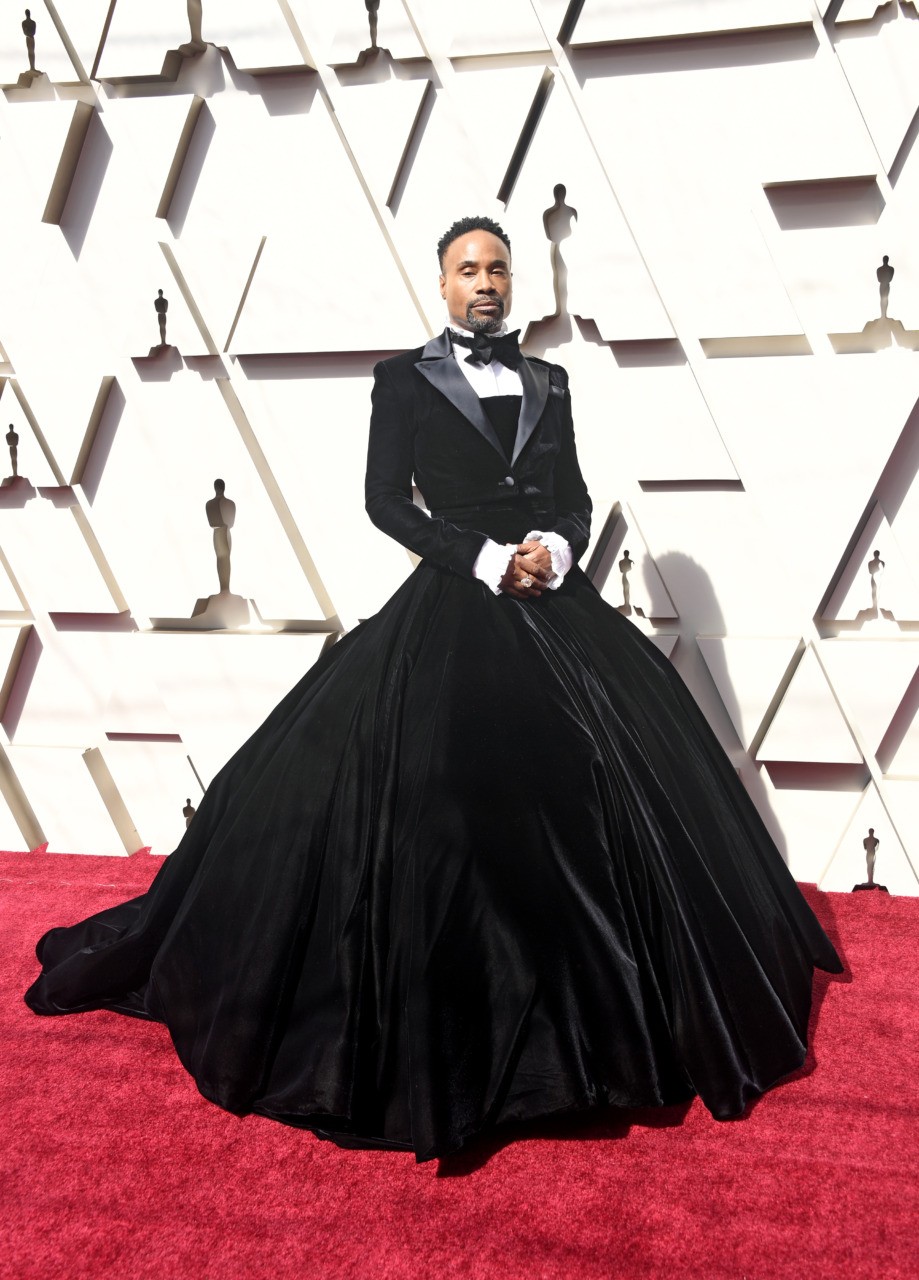 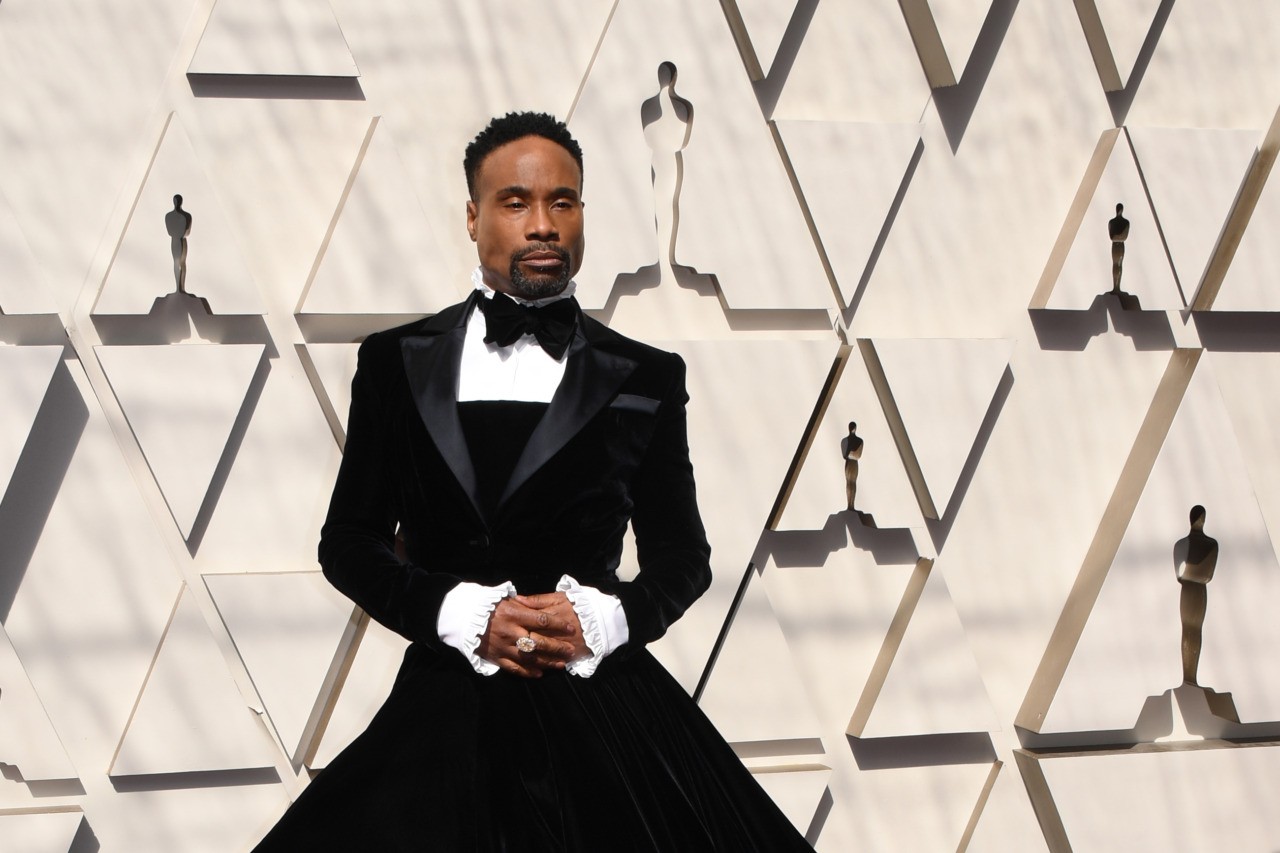 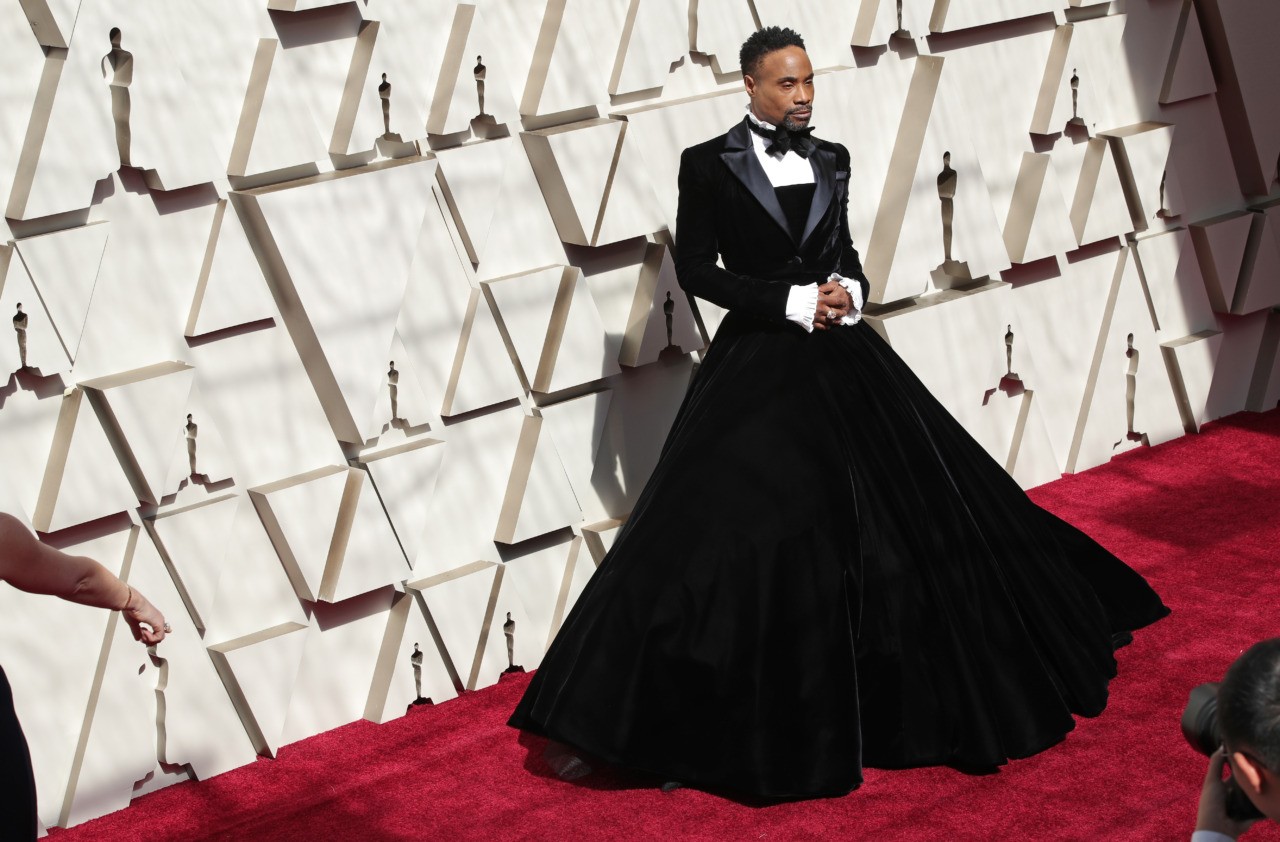 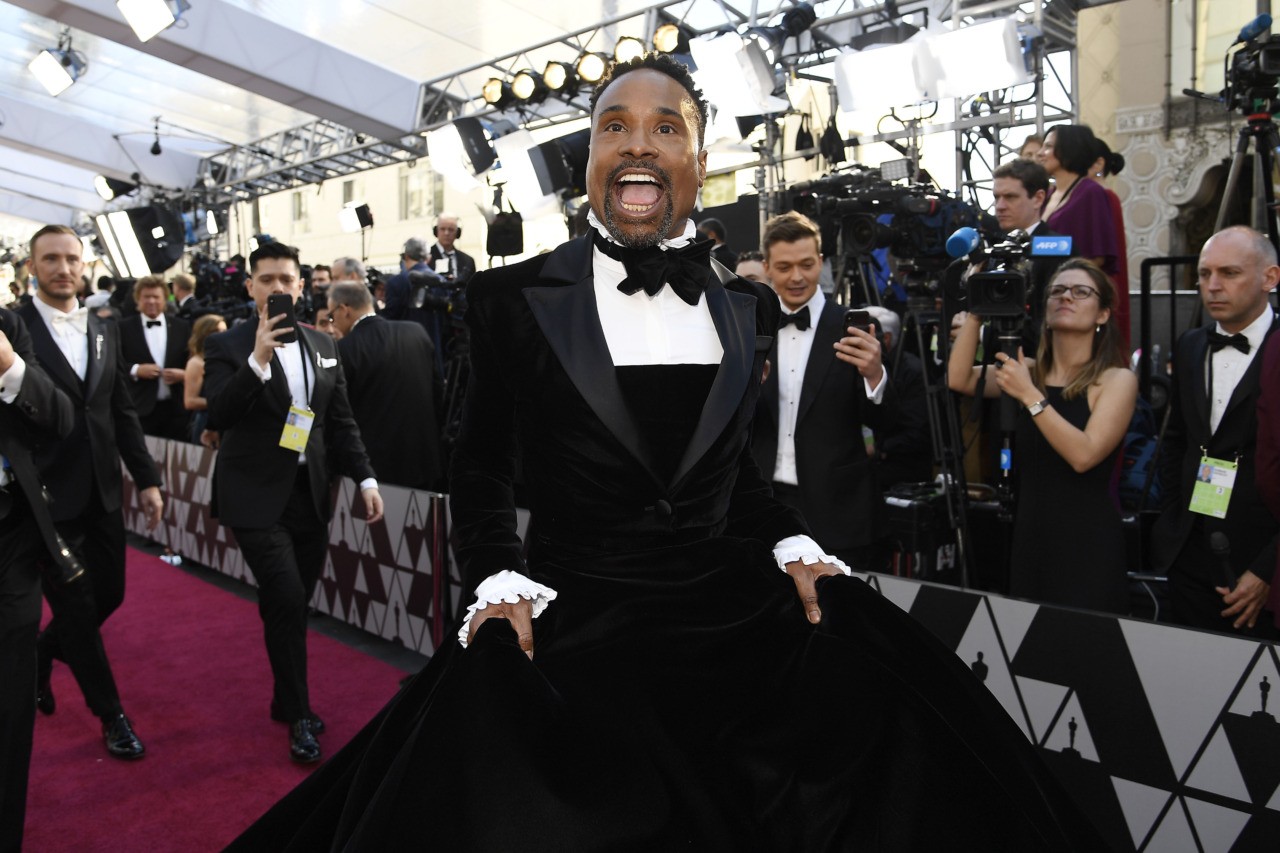 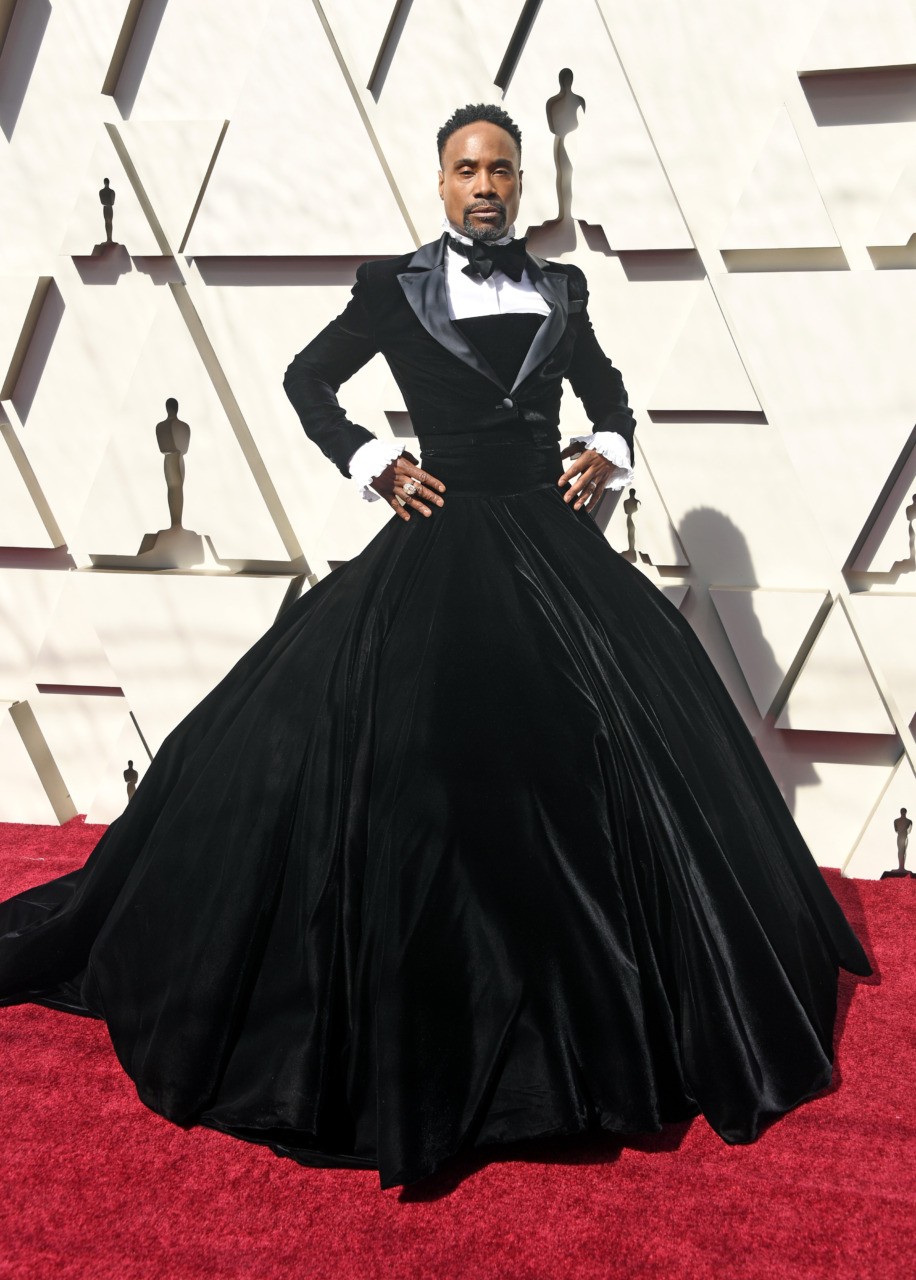 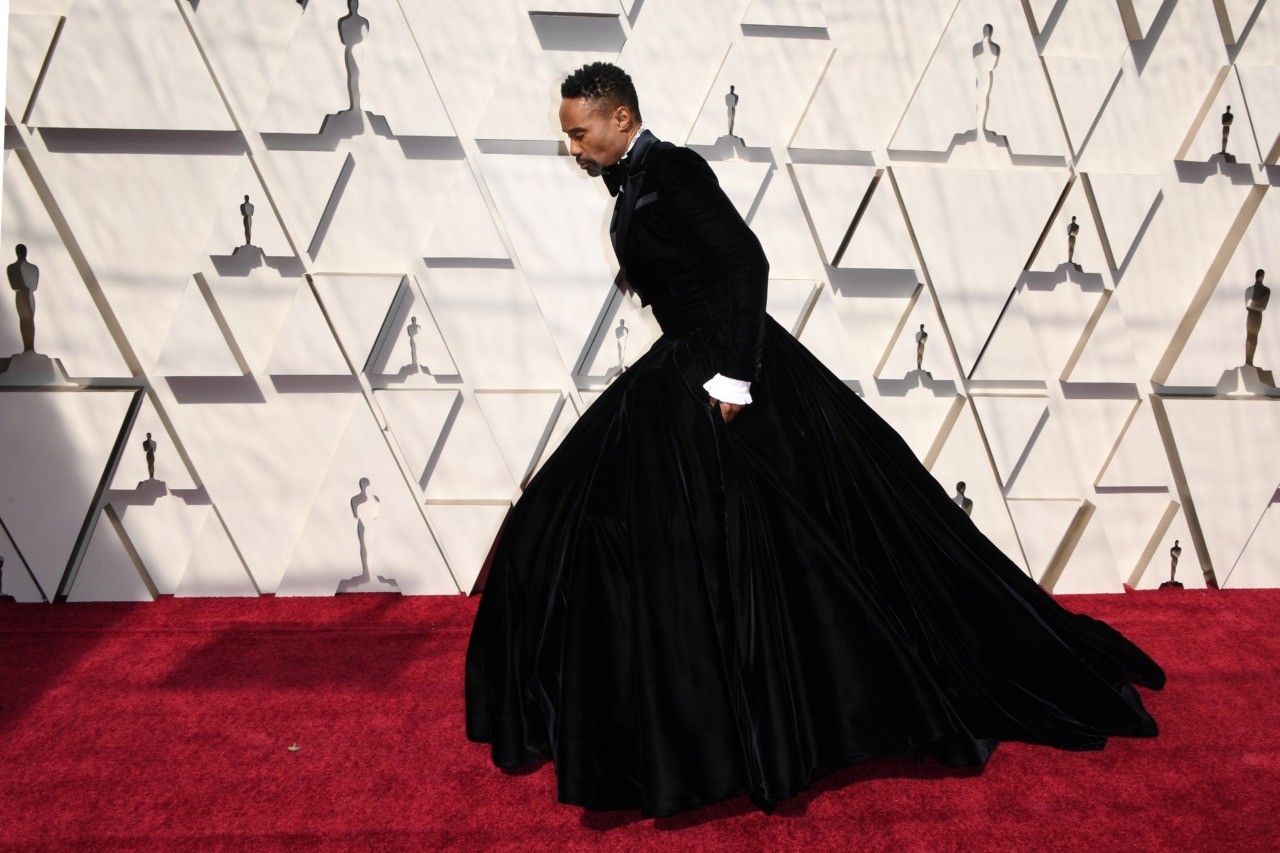 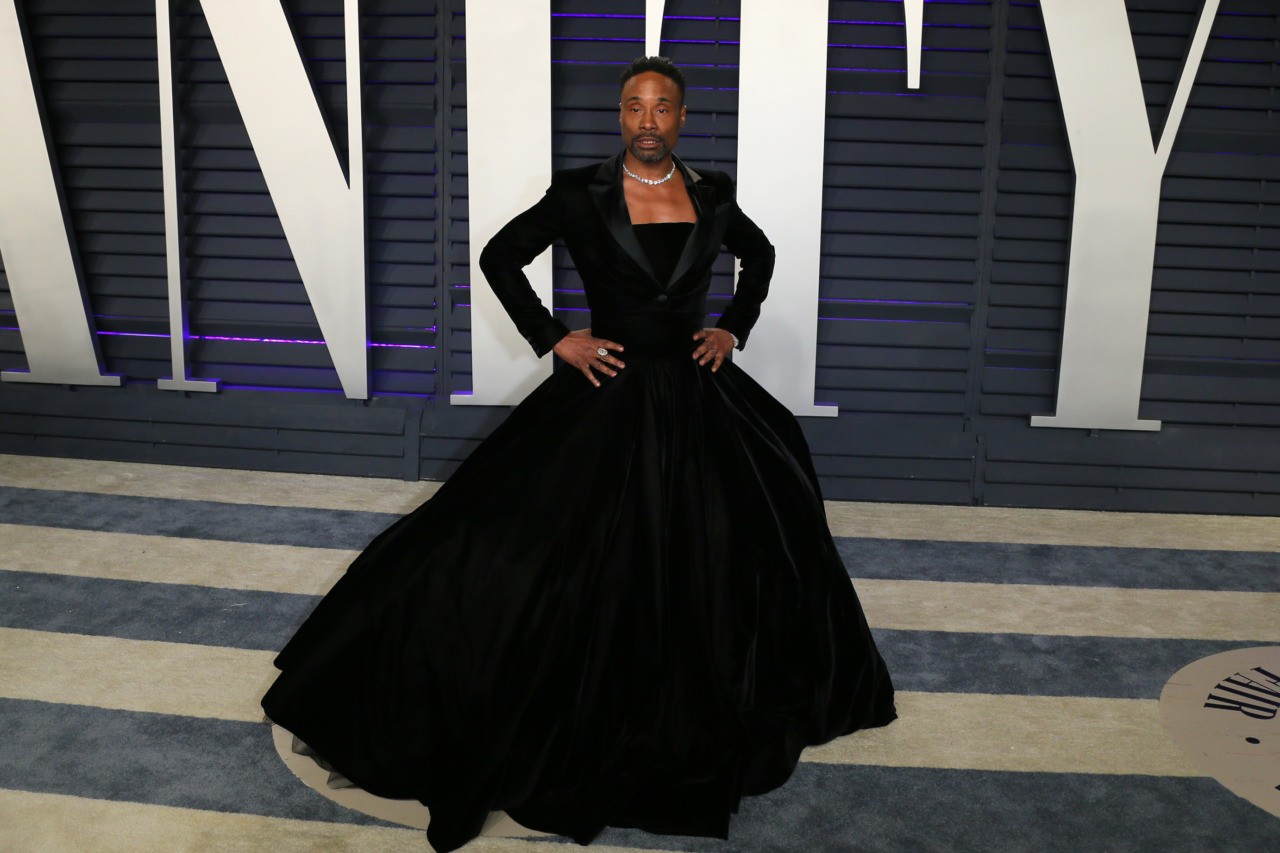 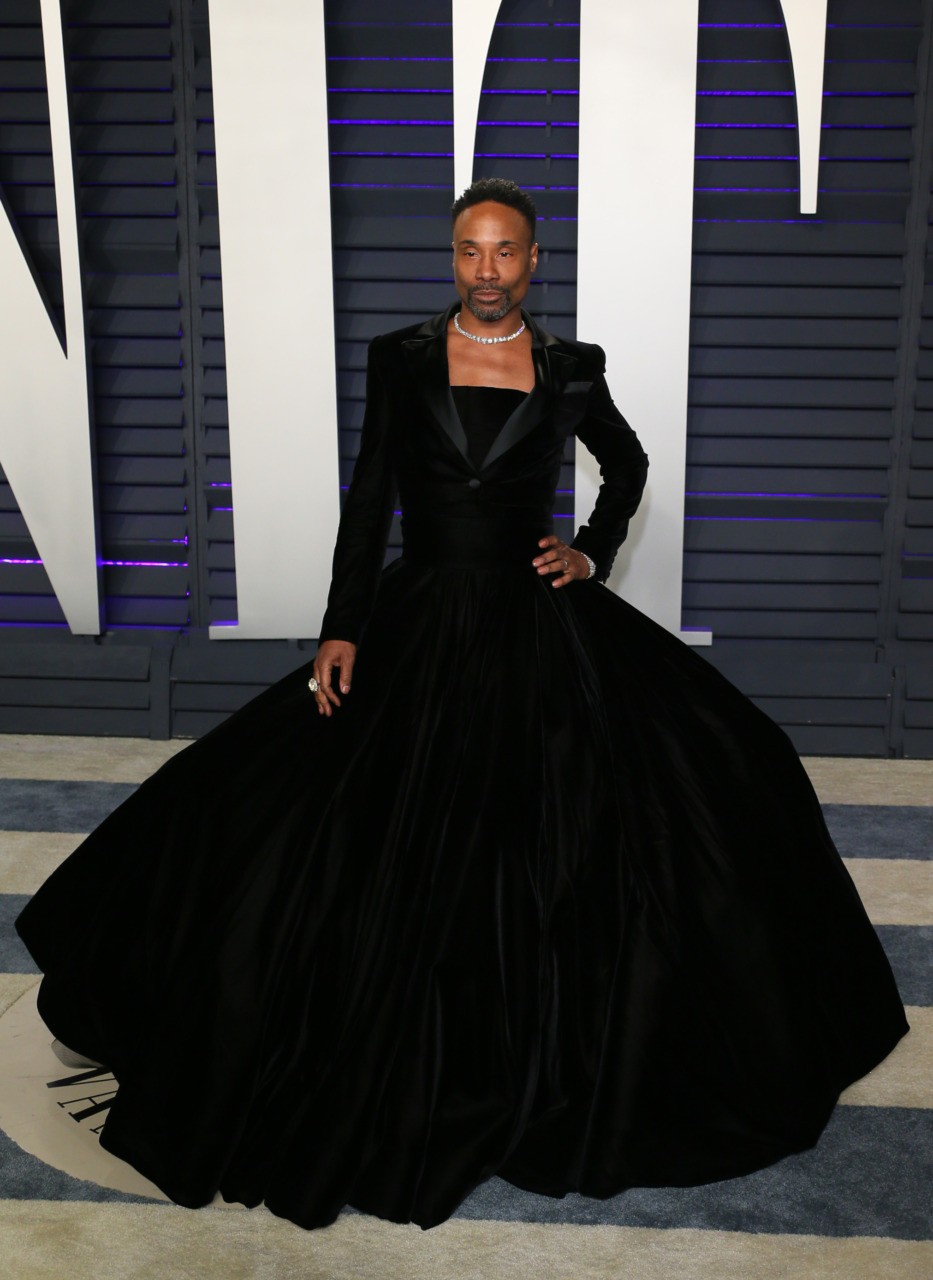