The first female Captain Marvel was a black woman and an online petition calling for Brie Larson to be replaced is gaining steam.

The petition’s goal is 9,000 signatures and already (as of this writing) over 8,000 supporters have signed on.

“We need Brie Larson to step down from her role to prove she is an ally of social justice and ensure a gay woman of color plays the role,” the petition reads [emphasis original]. “Let Monica, the original female & BLACK Captain Marvel instead of white-washing characters for the benefit of the straight, white men running Disney.

To back up their argument that Larson is “all talk,” the petitioners also criticize the Oscar-winner for her charitable giving … or lack of…

“She hasn’t donated money to any charity other than The Motion Picture and Television Fund Foundation (https://www.looktothestars.org/celebrity/brie-larson) and it’s time for her to show she is not all-talk.”

The “Monica” referred to in the petition is the character Monica Rambeau, created by Marvel comics all the way back in 1982. Rambeau is a black woman (based on The Mighty Pam Grier) but there is no reference to her being homosexual.

Monica Rambeau does appear in the movie Captain Marvel, but as the daughter of Carol Danvers’ (Larson) best friend. 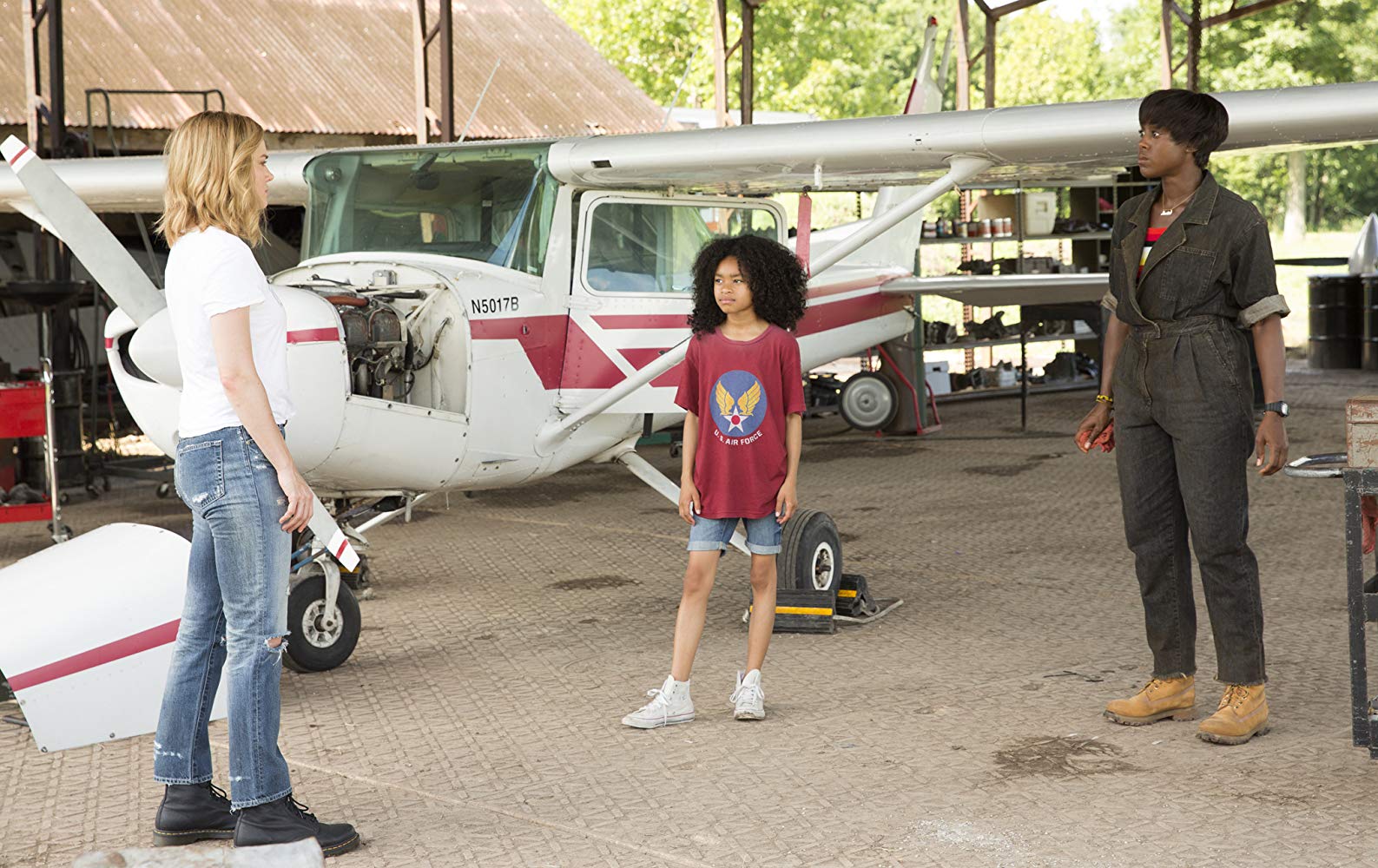 Here’s the thing — and this is important — the petitioners have a point, because Monica Rambeau was indeed the first female Captain Marvel, not Larson’s Carol Danvers.

Monica Rambeau became Captain Marvel in 1982. She even led the Avengers for a time!

In other words, this petition is not a troll; the petitioners have a real point. Marvel did step over a black woman to cast Brie Larson, who might be the whitest woman in the world, as a female Captain Marvel.

“To me it’s like, we gotta move faster,” Larson said of representation in movies. “But I’m always wanting to move faster with this stuff.”

But now we know it is indeed all talk from Larson. She had the opportunity to move things faster by refusing to allow Captain Marvel to be whitewashed. She could have turned down the role, she could have passed the test and made a stink about how Marvel Studios (which Disney owns) was casting a white woman in a role originated by a black woman.

Brie Larson was offered the opportunity to make a difference and chose instead to selfishly grab the fame and paycheck away from a black actress.

And what the hell’s the matter with Marvel-Disney? Larson is the single most unlikable star in any of the Marvel Studios movies (or any movie, actually), and for decades Hollywood has been an embarrassment of riches when it comes to charismatic and talented black actresses who are under-utilized.

Marvel not only stepped right over the opportunity to honor its own legacy-canon-source material by casting a black woman as Captain Marvel, in order to do so Marvel fans have been punished with Larson’s insufferable presence; her Captain Wonder Bread, who is as unappealing as she is generic.

Left-wing Hollywood remains one of the most racist institutions in this country. Casting a black woman as Captain Marvel was a no-brainer decision for Disney-Marvel, was the right decision, and they should all be ashamed of themselves — as should shameless hypocrite Brie Larson.