Actress Natalie Portman hit the Oscars red carpet with a political statement with her Dior cape displaying the names of women who directed films in 2019 but were not nominated for the 92nd Academy Awards. 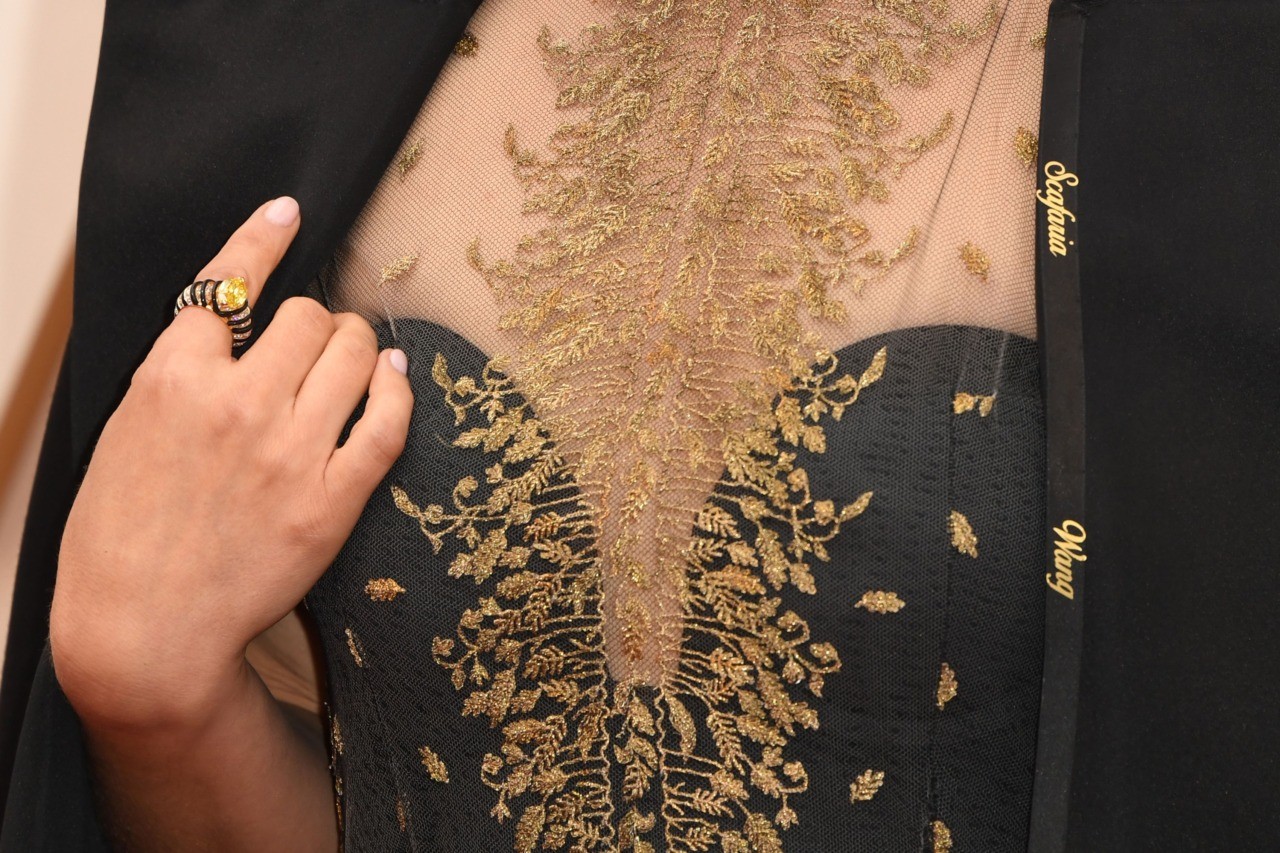 US-Israeli actress Natalie Portman wears a cape with the names of female film directors who were not nominated for Oscars as she arrives for the 92nd Oscars at the Dolby Theatre in Hollywood, California on February 9, 2020. (ROBYN BECK/AFP via Getty Images)

The LA Times‘ Amy Kaufman asked Portman about the rationale behind the specialty embroidered cape.

Natalie Portman embroidered her Dior cape with all of the female directors who weren't nominated for #Oscars. Check out her explanation here. pic.twitter.com/kyyo2wVMZf

“How did you decide to do this?” asked Kaufman.

“I wanted to recognize the women who were not recognized for their incredible work this year in my sort of way,” Portman said about the names of the women directors, which were printed in gold on a black satin ribbon.

Portman has a history of calling out Hollywood’s penchant for shutting out female directors. At the Golden Globes in 2018, Portman heckled the Hollywood Foreign Press Association — the voting group that hands out the Golden Globes Award — for only nominating men in its award for best director that you. While presenting the award alongside director Ron Howard, Natalie Portman said, “And here are the all-male nominees.”