On the heels of the launch of season five of Showtime’s Billions, show co-creator Brian Koppelman made it clear what he thinks about Trump supporters.

“I’m having one of those mornings where I just cannot believe the President of the United States has the temperament of Bam Bam and the intellect of Dino,” said Koppelman, a prolific Hollywood producer, writer, and director, known for his work on Oceans 13, The Illusionist, Runner Runner, Rounders, and, Runaway Jury.

“And that 30-40% of Americans believe him and embrace his worldview,” he added. “We have gleefully become the worst of ourselves.”

I'm having one of those mornings where I just cannot believe the President of the United States has the temperament of Bam Bam and the intellect of Dino. And that 30-40% of Americans believe him and embrace his worldview. We have gleefully become the worst of ourselves.

Koppelman has also insisted that nobody should call President Trump “Mr. President,” and has advocated for others to join him in refusing to refer to the president by his title.

“Donald Trump is the president. Elected legally,” acknowledged Koppelman, who went on to claim that while that may be true, the president has exhibited “blatant racism and calls to racist action,” among other things.

“So I choose not to offer him the honorific,” affirmed The Illusionist producer.

Last year, New York’s Cayuga Nation and tribal leader Clint Halftown filed a defamation lawsuit against Billions, alleging that Koppelman and his colleagues, David Levien, and Andrew Ross Sorkin did not have permission to use the Cayuga Nation name in the show. The lawsuit also alleged that the Native American tribe was defamed with depictions of “unscrupulous dealings and even criminal conduct” by characters identified as tribe members in the series.

Nobody an any news show should be talking about anything but impeachment. This is the language of fascists. This is the moment. He actually says it here. Not all citizens are Americans in his eyes. https://t.co/uto99iy1se

Koppelman was already insisting that Trump’s “scare tactics” were “evil” months before the 2016 election.

I'm an atheist. Born Jewish. But when I see Trump's anti-Muslim scare tactics or anti-Jewish optics, it's all evil and needs to be named.

On election night Koppelman said, “I’m 50. Lived through Nixon and Bush. But this is terrifying in a way I can hardly articulate. I worry for the people I love. And all of you.” 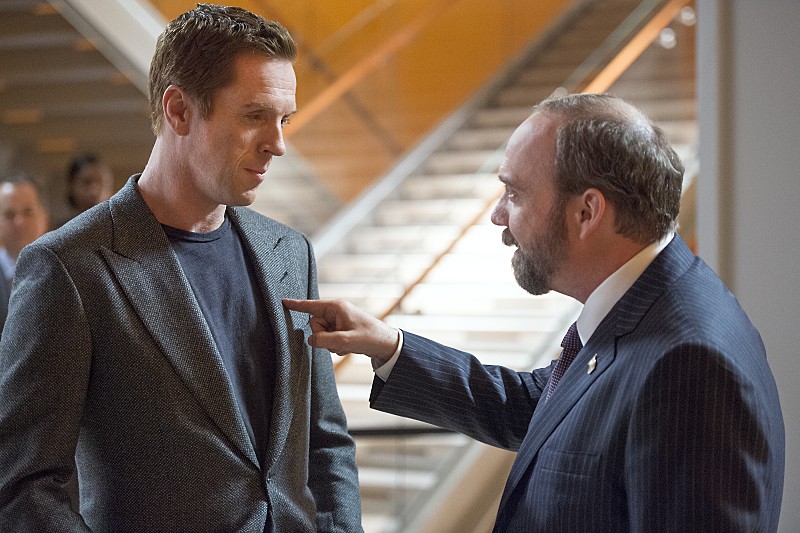 Brian Koppelman was also a loud proponent of impeachment, saying last July that “Nobody on (sic) any news show should be talking about anything but impeachment” after President Trump demanded that The Squad – Reps. Alexandria Ocasio-Cortez (D-NY), Ilhan Omar (D-MN), Rashida Tlaib (D-MI), and Ayanna Pressley (D-MA) — “go back and help fix the totally broken and crime infested places from which they came. Then come back and show us how it is done.”