But will she take a knee for it?

Lady Gaga will sing “The Star-Spangled Banner” during Joe Biden’s inauguration ceremony next week, the president-elect’s inauguration committee has announced. In addition, Jennifer Lopez will perform during the ceremony, though organizers didn’t say what she will sing.

Biden is scheduled to be officially sworn into office at noon ET on January 20.

The #InaugurationDay ceremony lineup is here!

Lady Gaga, who is an anti-fracking activist, was one of many celebrities who campaigned for Biden, appearing during the final night of his campaign at a rally in Pennsylvania. She also appeared in a bizarre pro-Biden video in which she appeared to mock rural, working class Americans by wearing camouflage and crushing a beer can while leaning against a pickup. 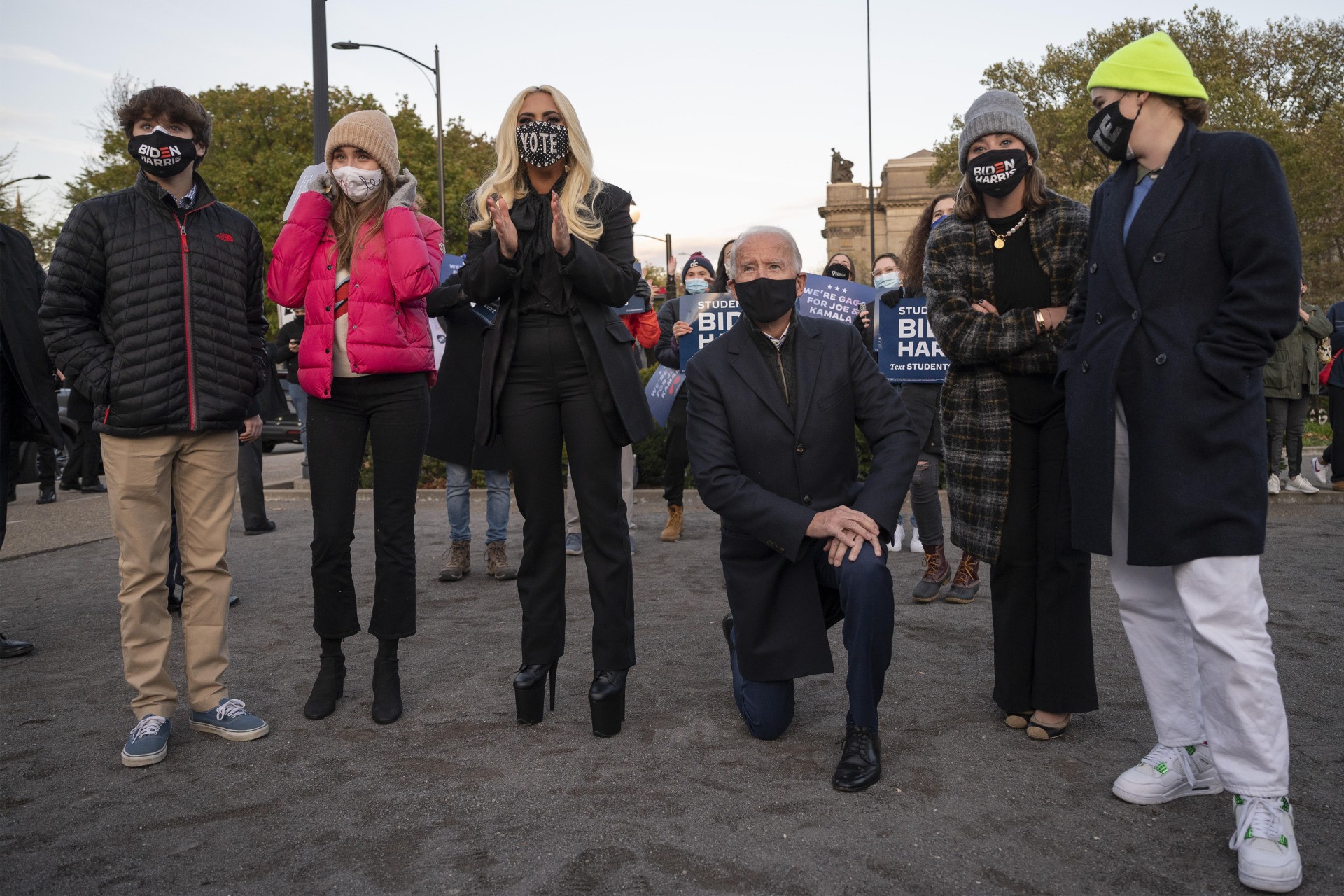 Democratic presidential candidate Joe Biden (C) kneels as he looks on with with Lady Gaga (3L) before a drive-in rally in Pittsburgh, Pennsylvania on November 2, 2020. (JIM WATSON/AFP via Getty Images)

Many left-wing celebrities have promoted taking a knee during the singing of the national anthem to protest what they claim to be the anthem’s racist lyrics and to show support for former NFL athlete Colin Kaepernick, who infamously took a knee before football games to protest law enforcement.

President Trump has repeatedly condemned the act of kneeling during the national anthem. Biden hasn’t publicly kneeled for “The Star-Spangled Banner,” but neither has he condemned it or said anything substantive about Kaepernick.

However, vice president-elect Kamala Harris defended Kaepernick during an interview on the radio show “The Breakfast Club” in 2019. During the interview, Harris dismissed public anger surrounding Kaepernick, saying the outrage was “not a real thing” and was created by “Russian bots.”

During President Trump’s inauguration in 2017, singer Jackie Evancho sang the national anthem. The mainstream media attacked the singer, who later explained that the decision was made collectively by her team.