“This just came to my attention,” Bryant wrote over a screenshot of the post (archived here) in an Instagram Story. “Your false, insensitive, defamatory and slanderous tweet on 1/26/20 is vile and disturbing to say the least,” she said to Wood.

“Behavior like this is part of the reason why innocent black men go to jail for crimes they didn’t commit,” she added. “An accusation doesn’t make someone guilty. YOU DON’T KNOW THE FACTS OF THE CASE.” 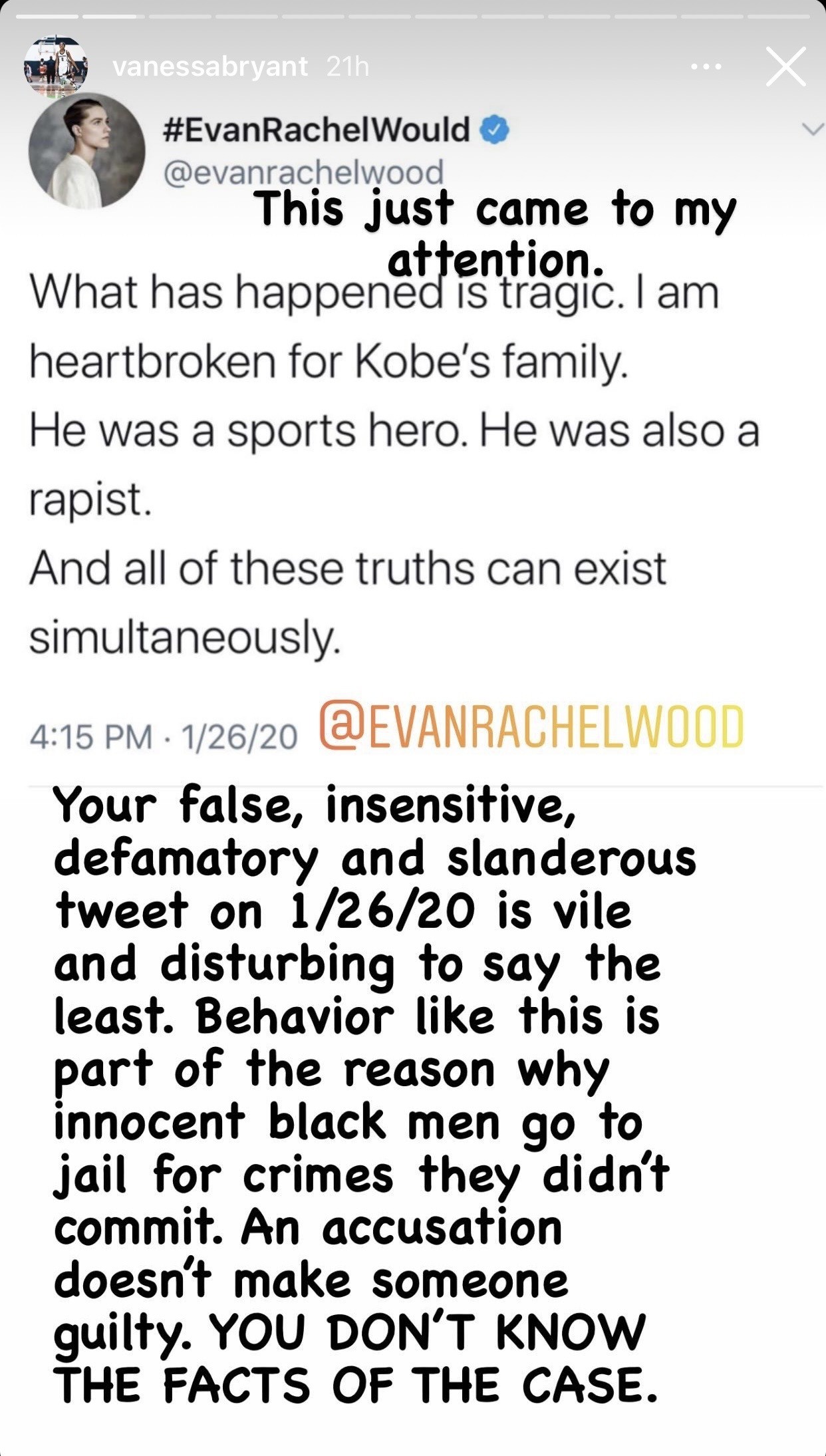 In her Instagram Story, Bryant included a screenshot of a tweet from Wood on January 26, 2020 — the day Kobe Bryant, his daughter Gianna, and seven others died in a tragic helicopter crash — in which the actress offered backhanded condolences for Bryant’s family.

“What has happened is tragic. I am heartbroken for Kobe’s family,” Wood wrote on her verified Twitter account, adding, “He was a sports hero. He was also a rapist. And all of these truths can exist simultaneously.”

“I haven’t said anything about Kobe Bryant so far because I felt some time needed to pass before weighing in. But yes, it’s time for the sledgehammer to come out. The man was a rapist. Deal with it,” Disney wrote.

I haven’t said anything about Kobe so far because I felt some time needed to pass before weighing in. But yes, it’s time for the sledgehammer to come out. The man was a rapist. Deal with it. https://t.co/9jfZHSqnnQ

In reaction to Disney’s tweet, Bryant offered the same response she gave to Wood, stating that the film producer was behaving in an “insensitive, defamatory, and slanderous” manner and did not know “the facts of the case.” 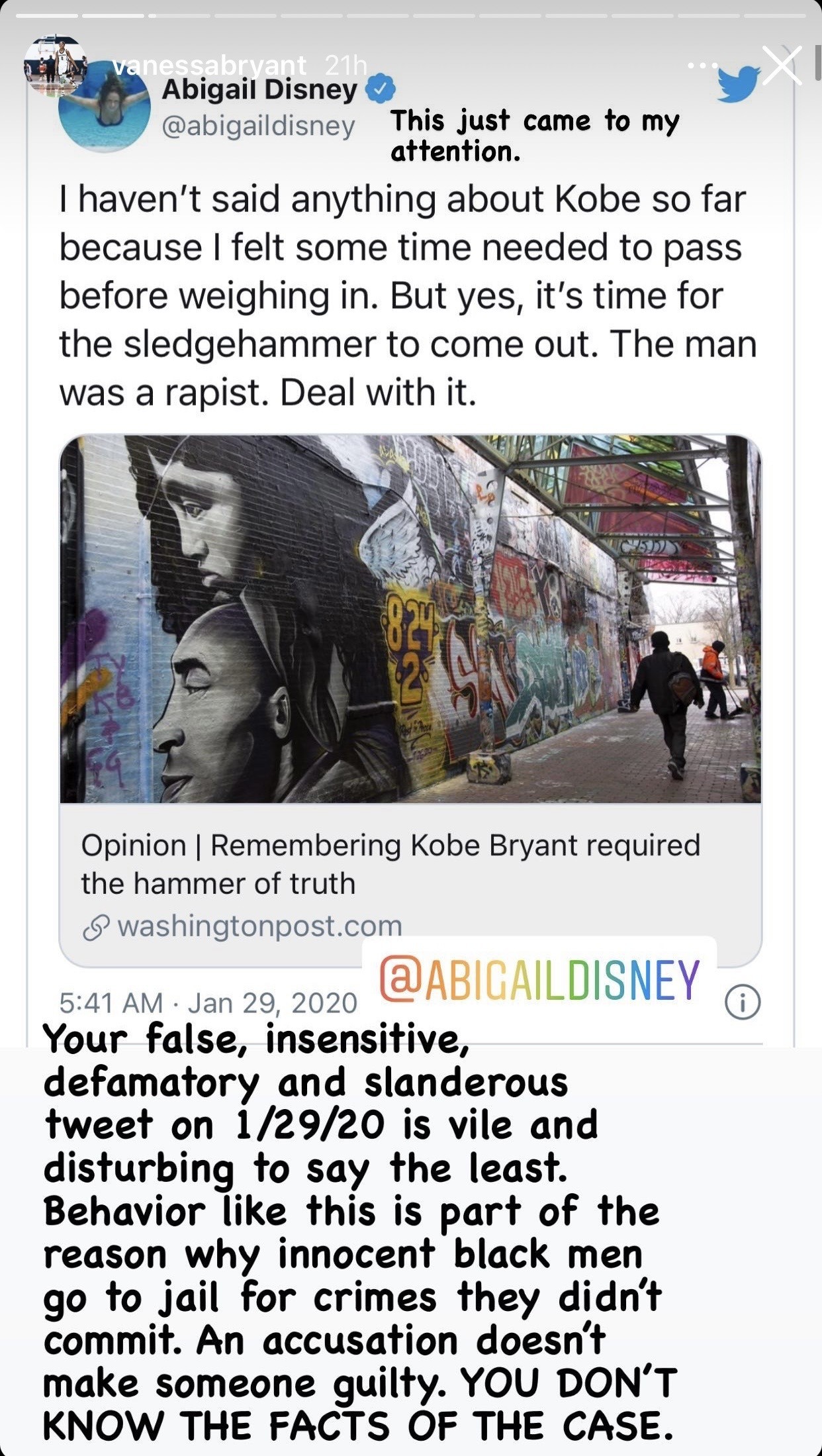 Wood has become a high-profile voice in the #MeToo movement, even backing up Rose McGowan as she called out Democrats for ignoring Tara Reade’s sexual assault allegations against Joe Biden. Earlier this month, the actress accused her ex-fiancée, rocker Marilyn Manson of “grooming” her when she was a teen and abusing her for years.