The Oscars are a day away and are already coming under fire. The city of Los Angeles is being accused of hiding the homeless as Hollywood prepares to toast itself ahead of Sunday’s 93rd Academy Awards ceremony. One man told local news he was told to either move or have his things demolished.

The celebrity-studded ceremony is being held at Union Station in Los Angeles, an area bedeviled by homelessness. But on Sunday, the homeless will not be seen anywhere near Union Station, according to a report by Fox 11 Los Angeles.

“They came to us about a week ago saying that we had to move by Friday, 6 p.m. because they were trying to clean up for the Oscars and they told us if we didn’t move, they were gonna just demolish our stuff,” DJ, a man living in a tent in LA, told Fox 11. “They forced us to go to the Grand Hotel on 3rd and Figueroa and they kicked everybody out of Union Station so it looks better for the image.”

Andy Bales of Union Rescue Mission — an organization dedicated to helping the homeless through food, shelter, education, counseling, and long-term recovery programs — told Fox 11 that anytime there is a big national event, the city tries to sweep the homeless under the rug.

“We shouldn’t be about putting on a good show, we should be about doing good for our brothers and sisters, our neighbors who are suffering on our streets,” Bales said. 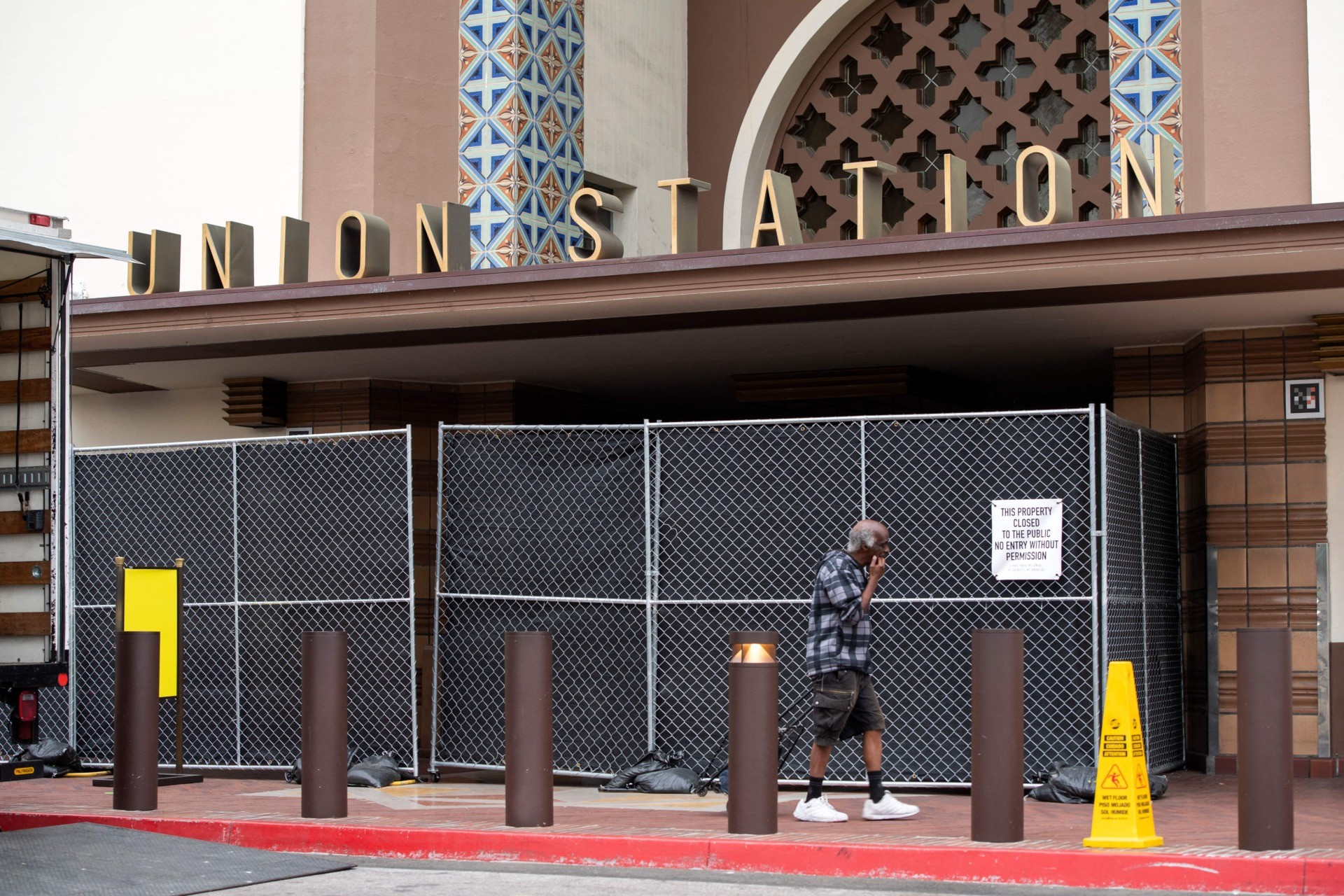 An entrance to Union Station is blocked off during preparations for the 93rd Academy Awards in Los Angeles, California on April 23, 2021. – The Oscars be broadcast live from Union Station, on April 25, 2021. (VALERIE MACON/AFP via Getty Images)

Los Angeles city council member Kevin De Leon denied the claims, saying that “while the 93rd Academy Awards are being held at Union Station this year, and despite irresponsible rumors, NO unhoused residents are being forced to relocate.”

“Since being sworn in, my office has been painstakingly working to house those experiencing homelessness throughout my district and we were able to offer housing options to unhoused residents in the vicinity of Union Station,” De Leon added.

But to the city of Los Angeles, DJ offered the following advice: “If you’re gonna have your awards show, don’t have it where the homeless people are and you don’t have to worry about it.”

A massive wall of security fencing has been erected around the event venue.