The 93rd Academy Awards on Sunday evening brought back, at least somewhat, the red carpet after an award’s season that was crushed by little-to-no red carpets, lame socially-distanced stage settings, and unwatchable acceptance speeches over Zoom.

Finally, we’re back to a more regular red carpet where the trends of the fashion season, as well as the dos and don’ts, are on full display. Here, I break down my best and worst dressed list from this year’s Oscars. Enjoy!

Regina King was my best dressed of the evening in this baby blue duchess satin gown embroidered by Nicolas Ghesquière with silver sequins and crystals. The color, alone, stood out on the red carpet and especially against the mostly white backdrop.

The gown also set a tone. The “Dynasty” era of Joan Collins in Nolan Miller gowns is seemingly back for a second run and who could be upset? Those were over-the-top glamorous looks and King’s gown resembled the joyousness of that past.

It’s serious fashion without taking itself so seriously. 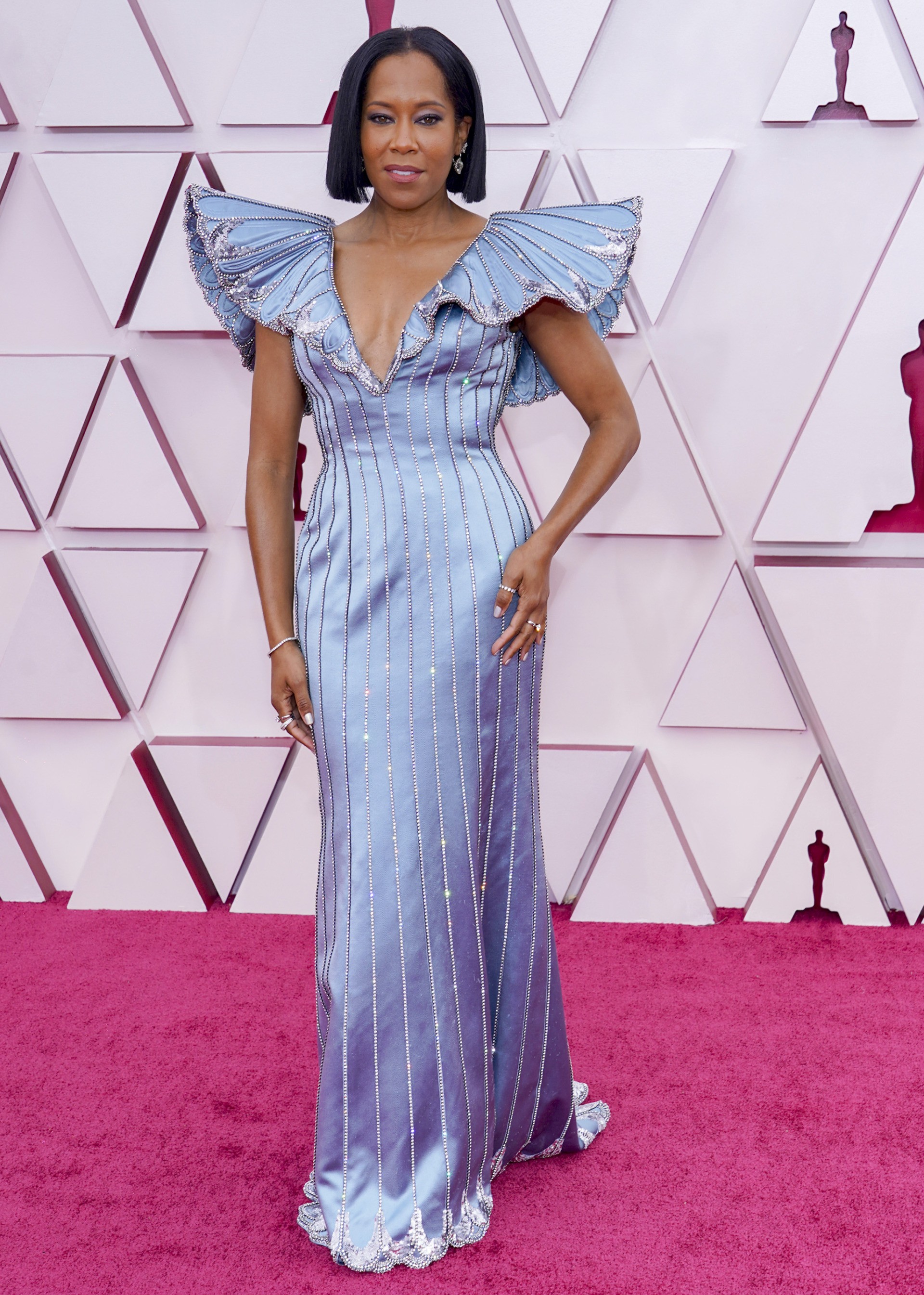 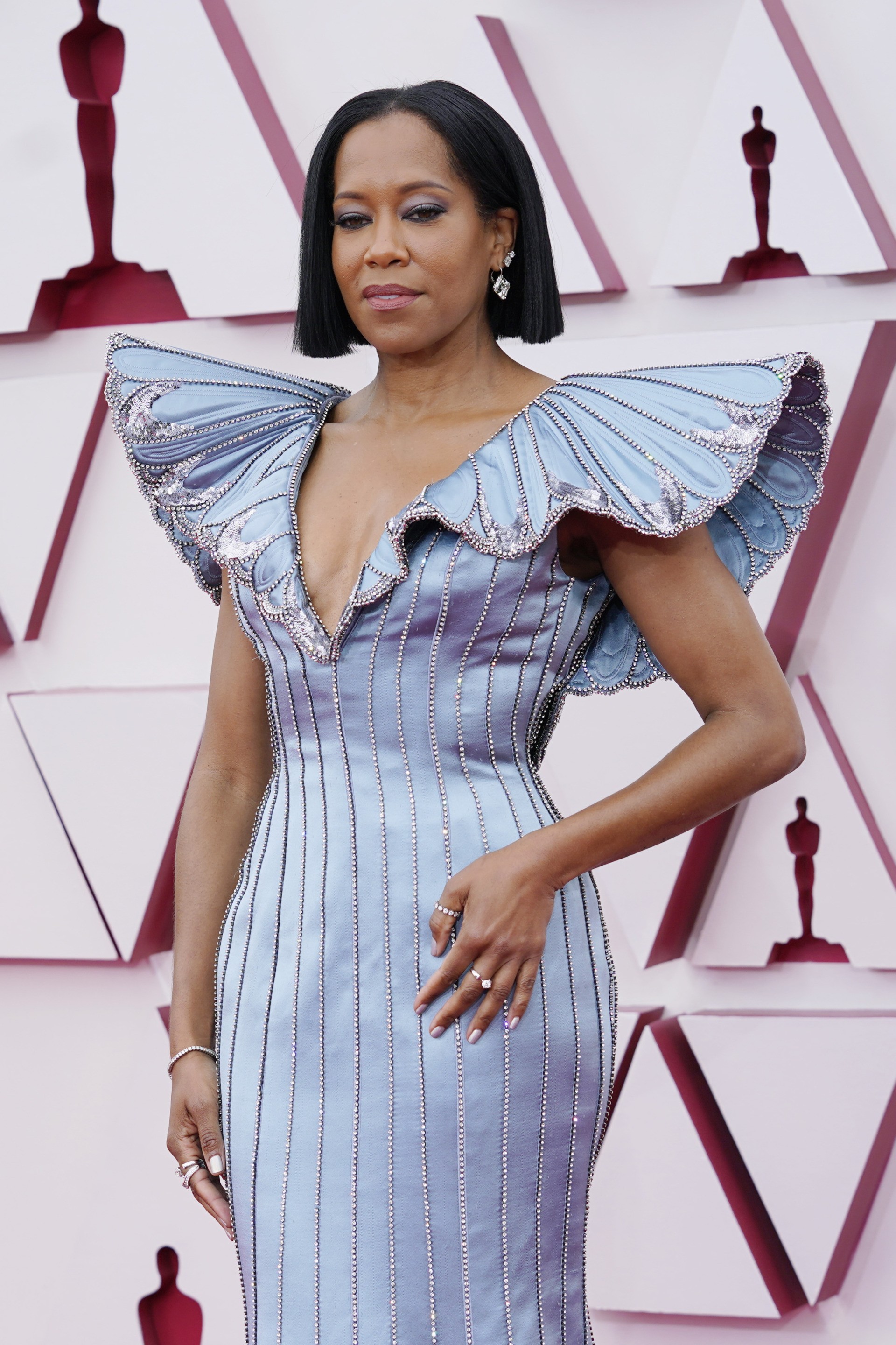 The question of my evening was ‘Why did Halle Berry wear a bridesmaid dress to the Oscars?’ In this Dolce and Gabbana gown, Berry literally appears as though she wore her bridesmaid dress for a wedding that was canceled because of the pandemic.

And by the way, this is a great bridesmaid dress. It’s ugly enough so that nobody upstages the bride. 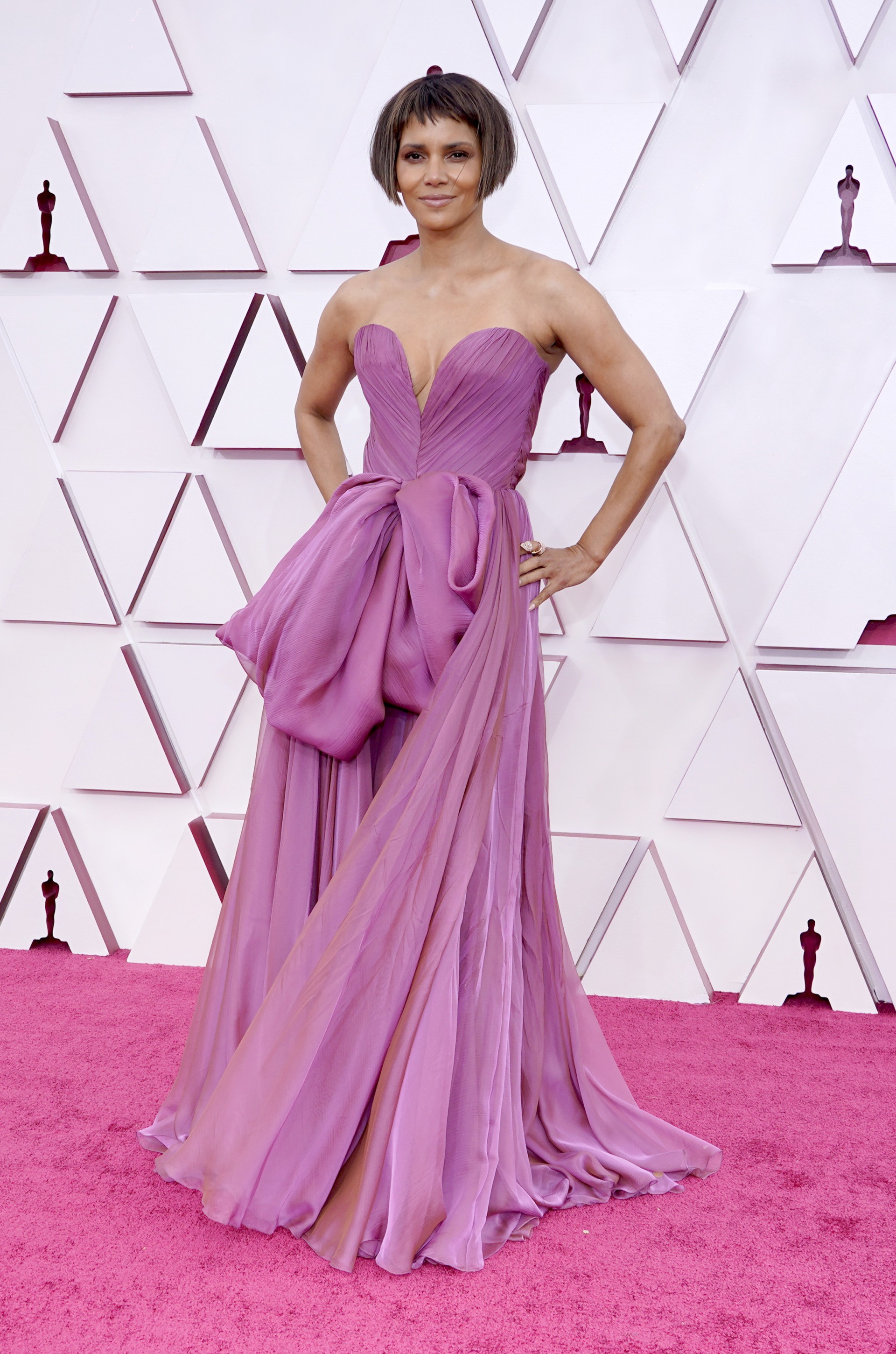 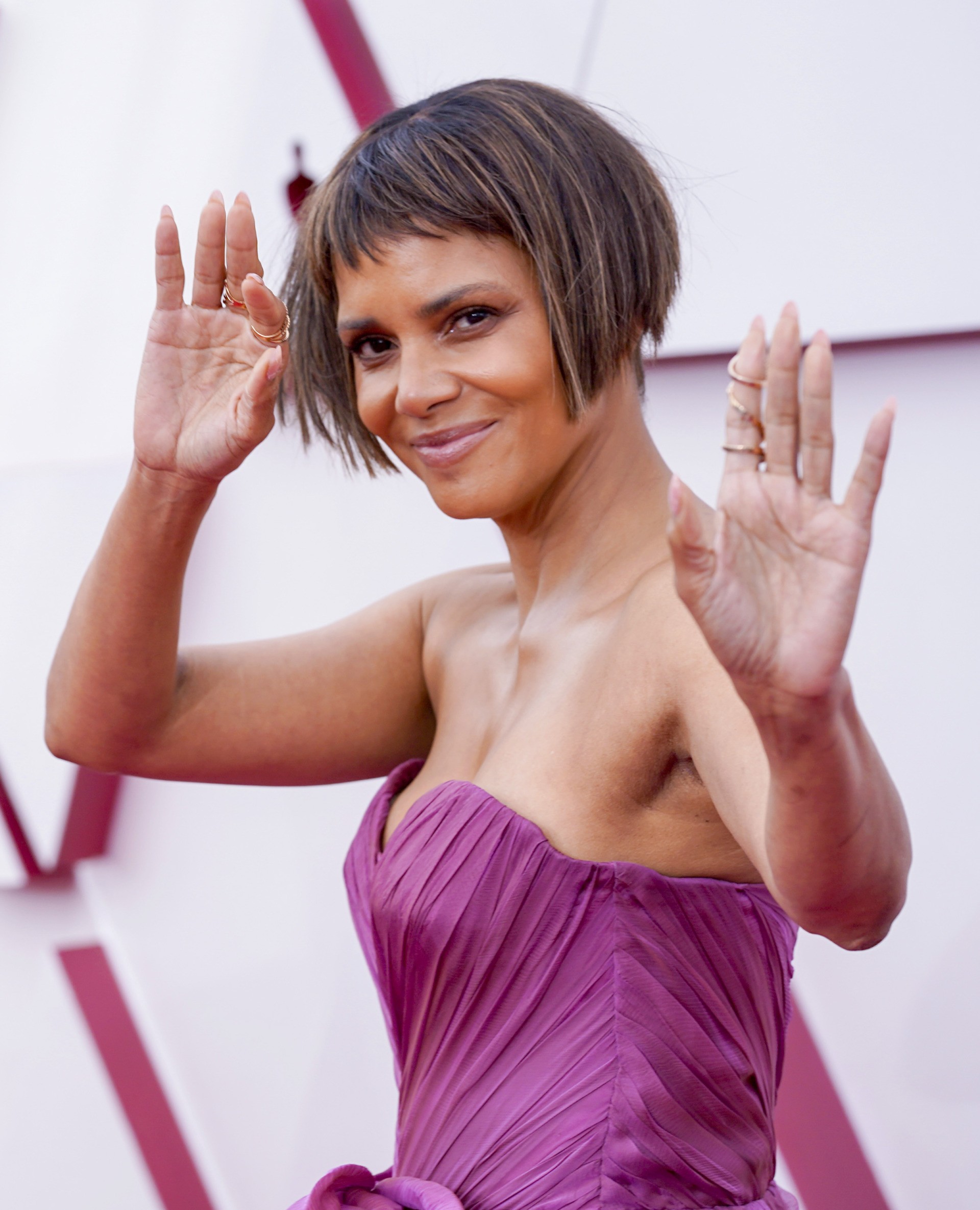 Does Margot Robbie ever get it wrong? It seems not. In this ennobled lace dress from Chanel’s Fall/Winter 2020 Haute Couture collection, Robbie has all the cool of a California girl with the elegant notes of Paris.

We’ve yet to see Robbie in a ponytail and bangs on the red carpet, and wow, can anyone regress back into their school-age hairstyle better? The subtle black sparkle on the square clutch and delicate rings are all that is necessary to top off this gorgeous gown.

Less is always more, and it gets you on the best dressed list! 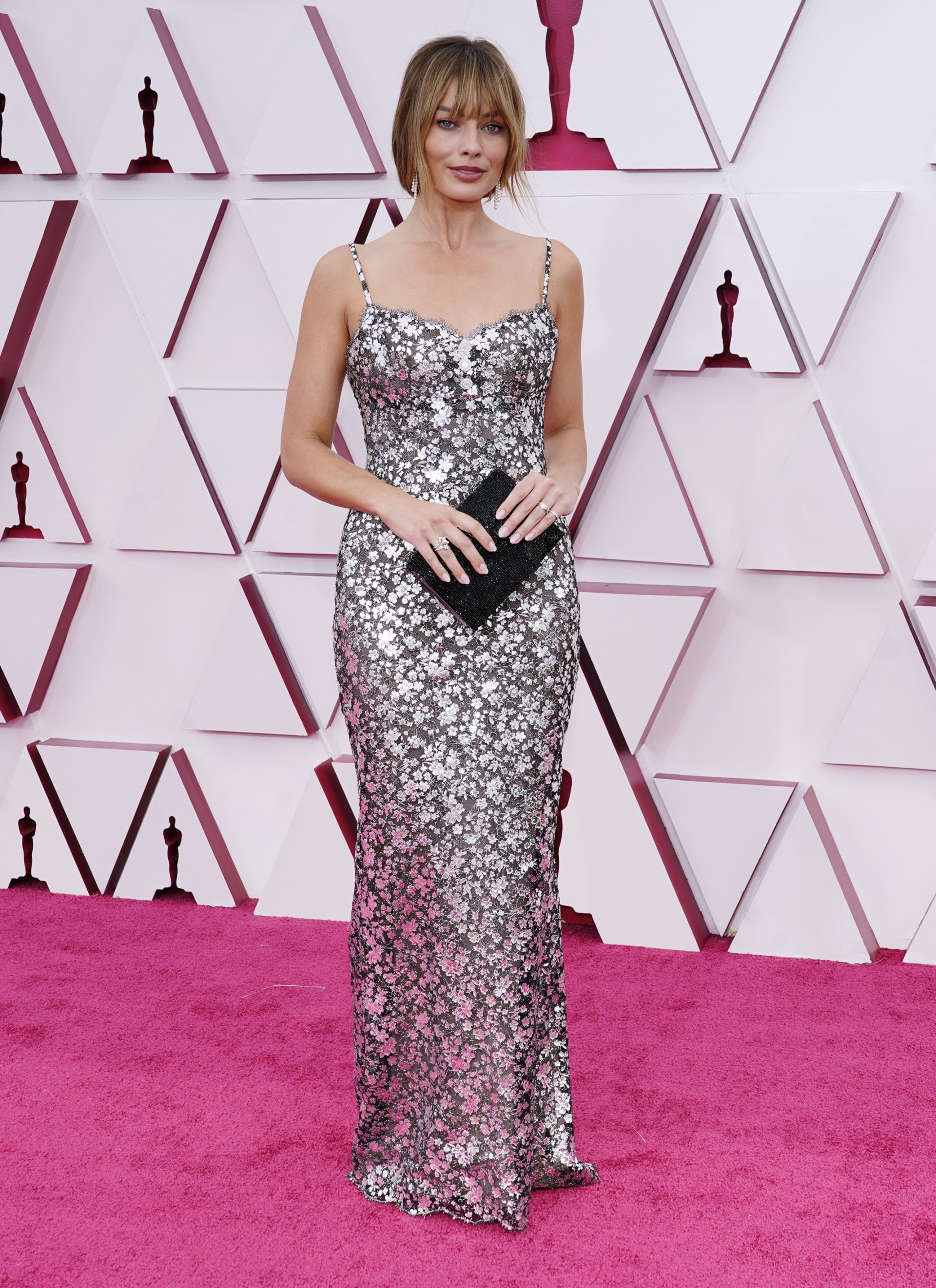 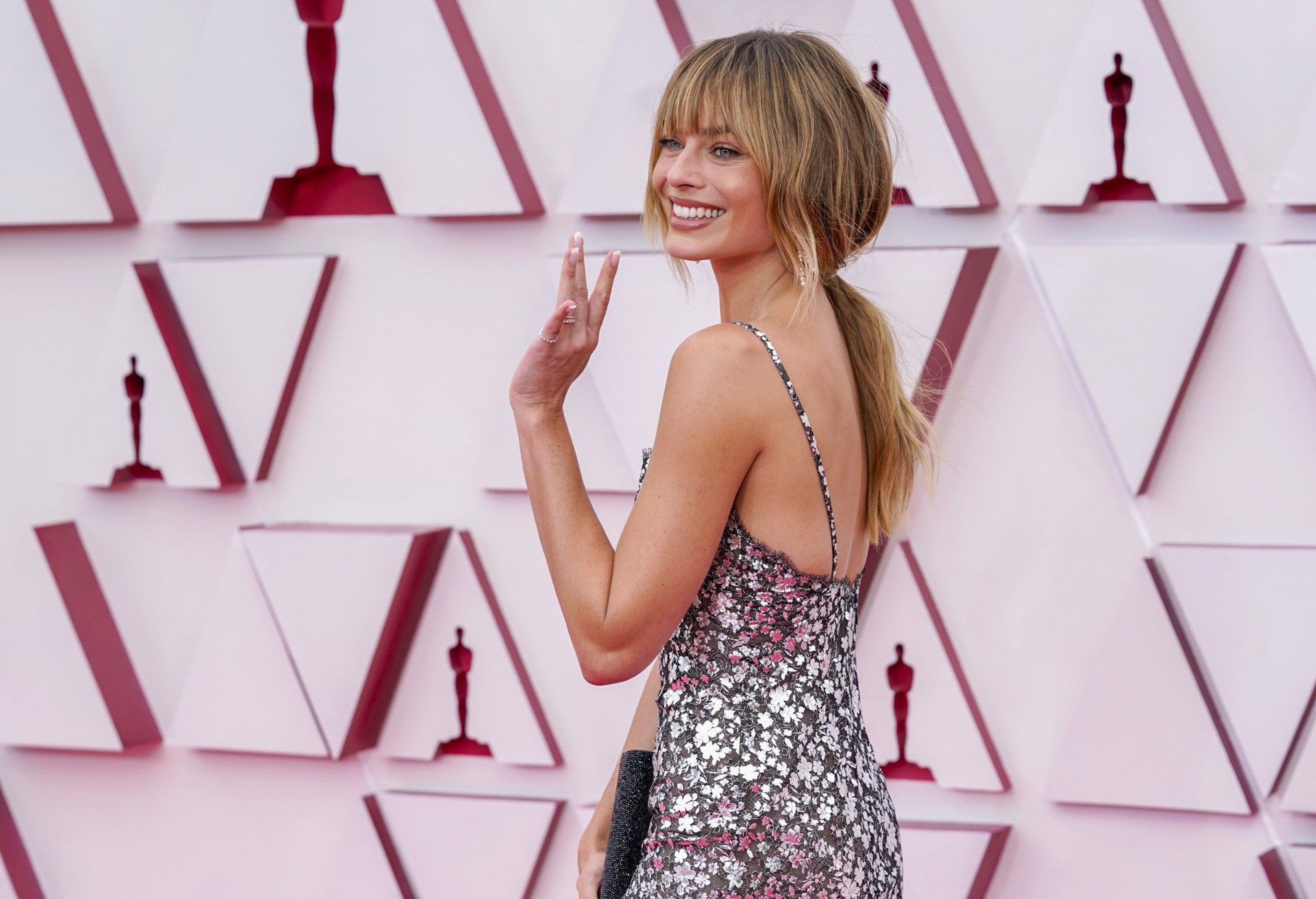 Let me start off by saying with this look, the Ateliers at Valentino are exceptionally talented. This organdi cuivre dress is totally embroidered in iridescent sequins with pearl reflections that took about 350 hours of handwork to make. The artisanship cannot be understated.

Now, to the bad. Why did Carey Mulligan wear this? A crop top — to the Oscars. Take out the tulle shoved under the skirt of this dress and this is easily a garment you could picture Rihanna wearing to the Grammys circa 2015. And it would have been beautiful.

On Mulligan, this is like a deflated hot air balloon that’s about 15 fashion seasons behind. 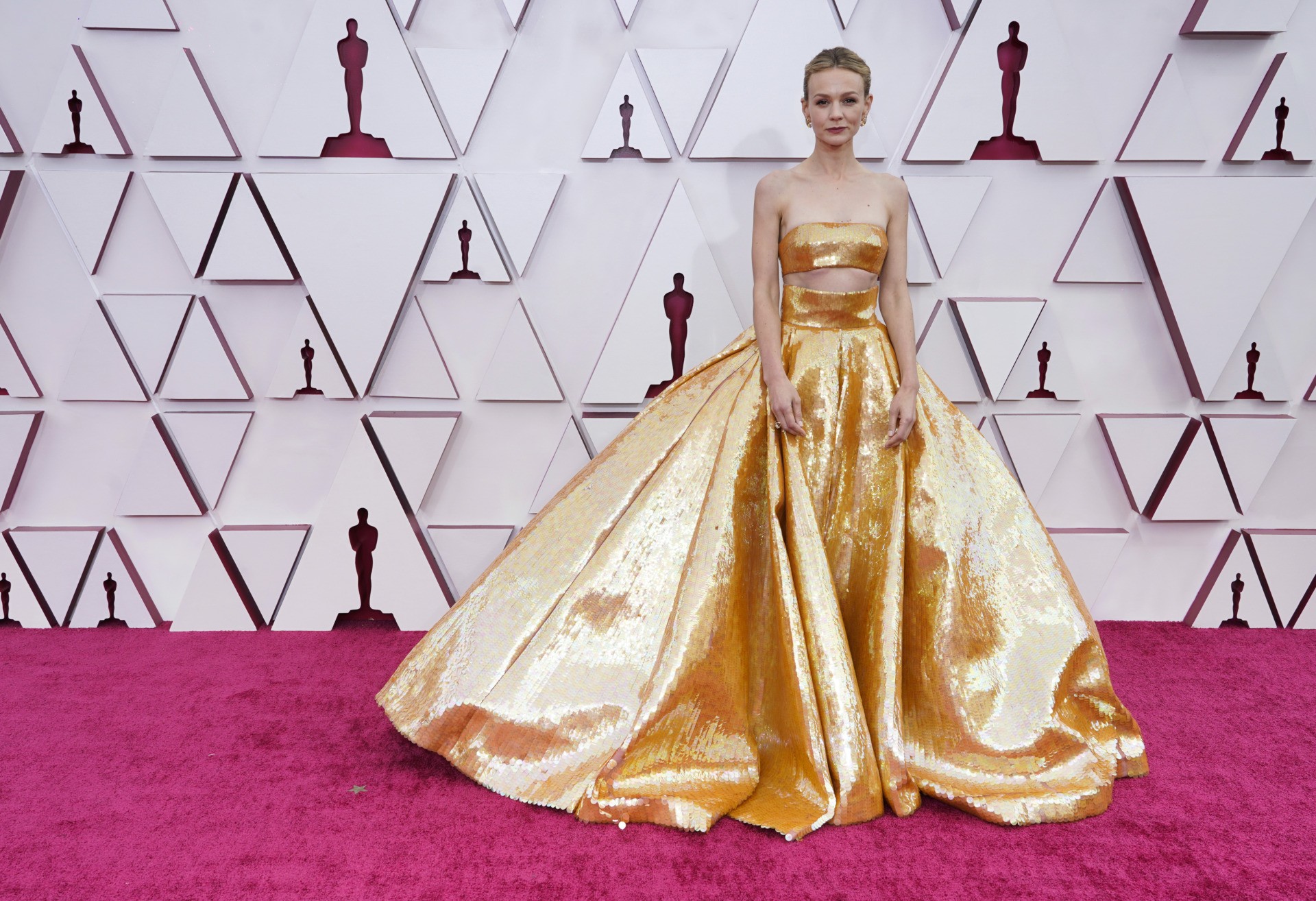 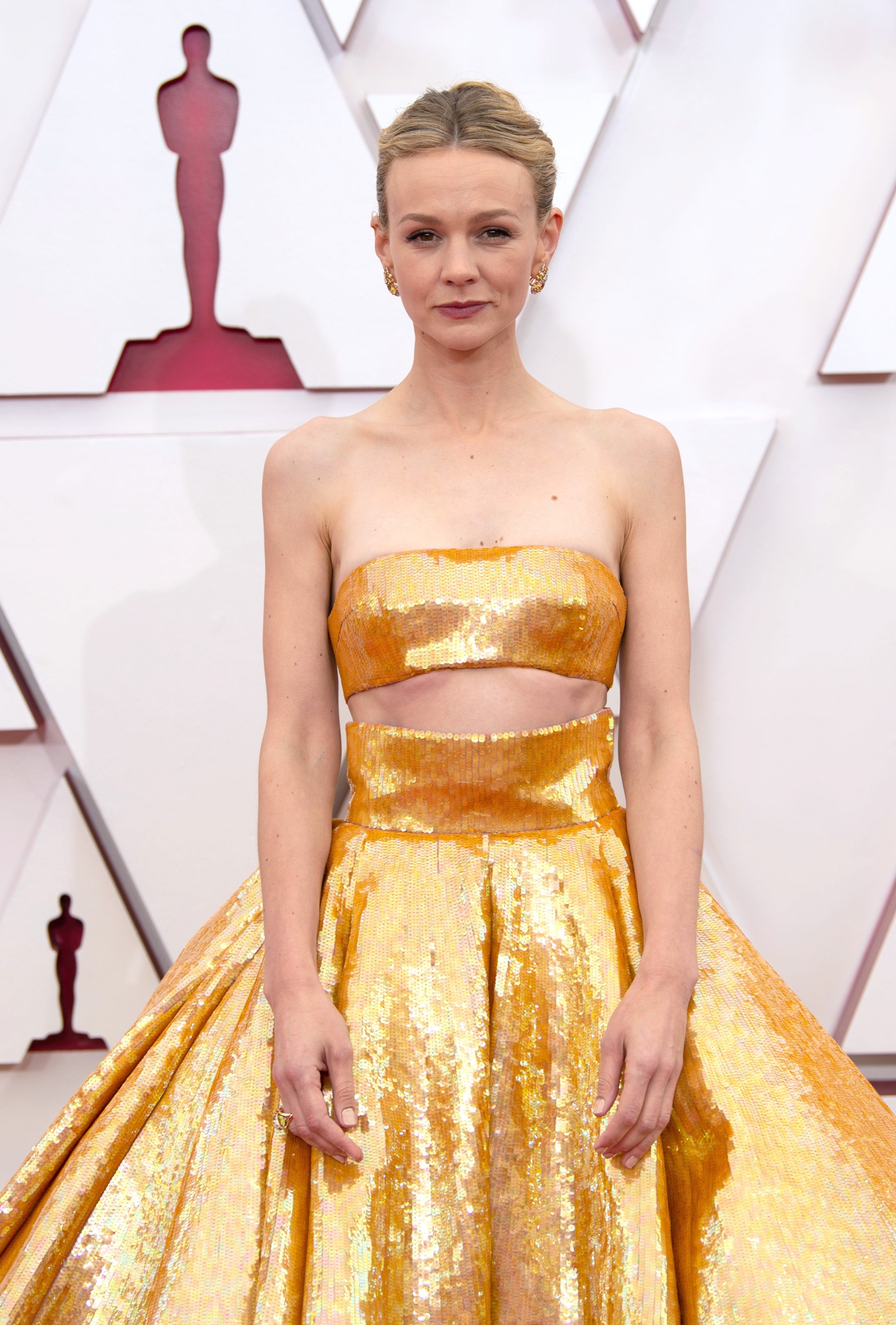 I’m a sucker for the 1970s, but who isn’t. Decades one never lived through are all the better because there are no bad memories (or memories at all) to attach to these aesthetics. Lakeith Stanfield’s Saint Laurent jumpsuit in black with a long white collar harked back to the days when Bianca Jagger was the best dressed woman in the world.

Between the strong, boxy shoulders, the tinted glasses, long collar, round acetate buttons, and flared pants, I could only hope that the 70s really are back. These are the styles that are timeless and Stanfield proved that to be true. 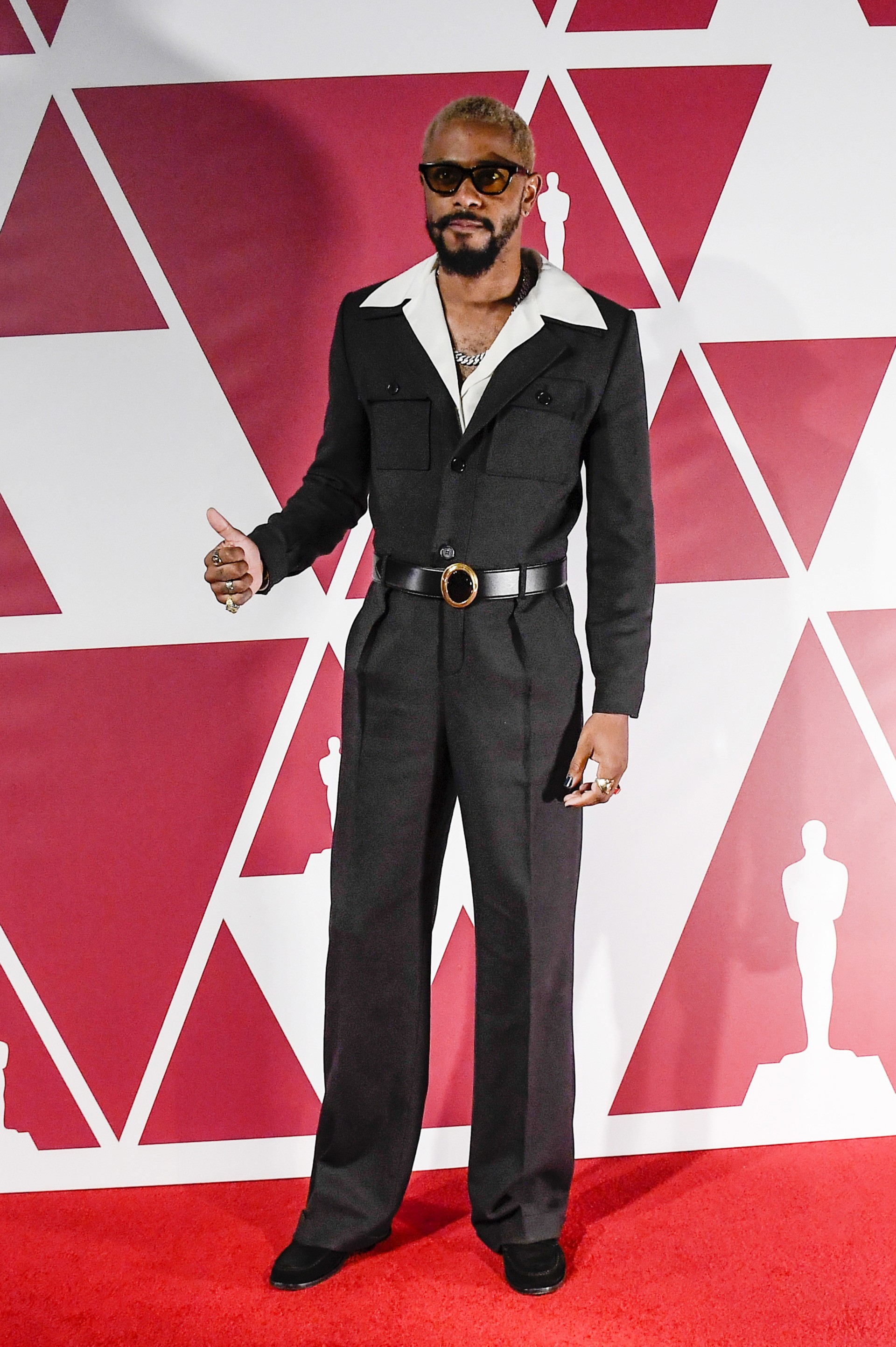 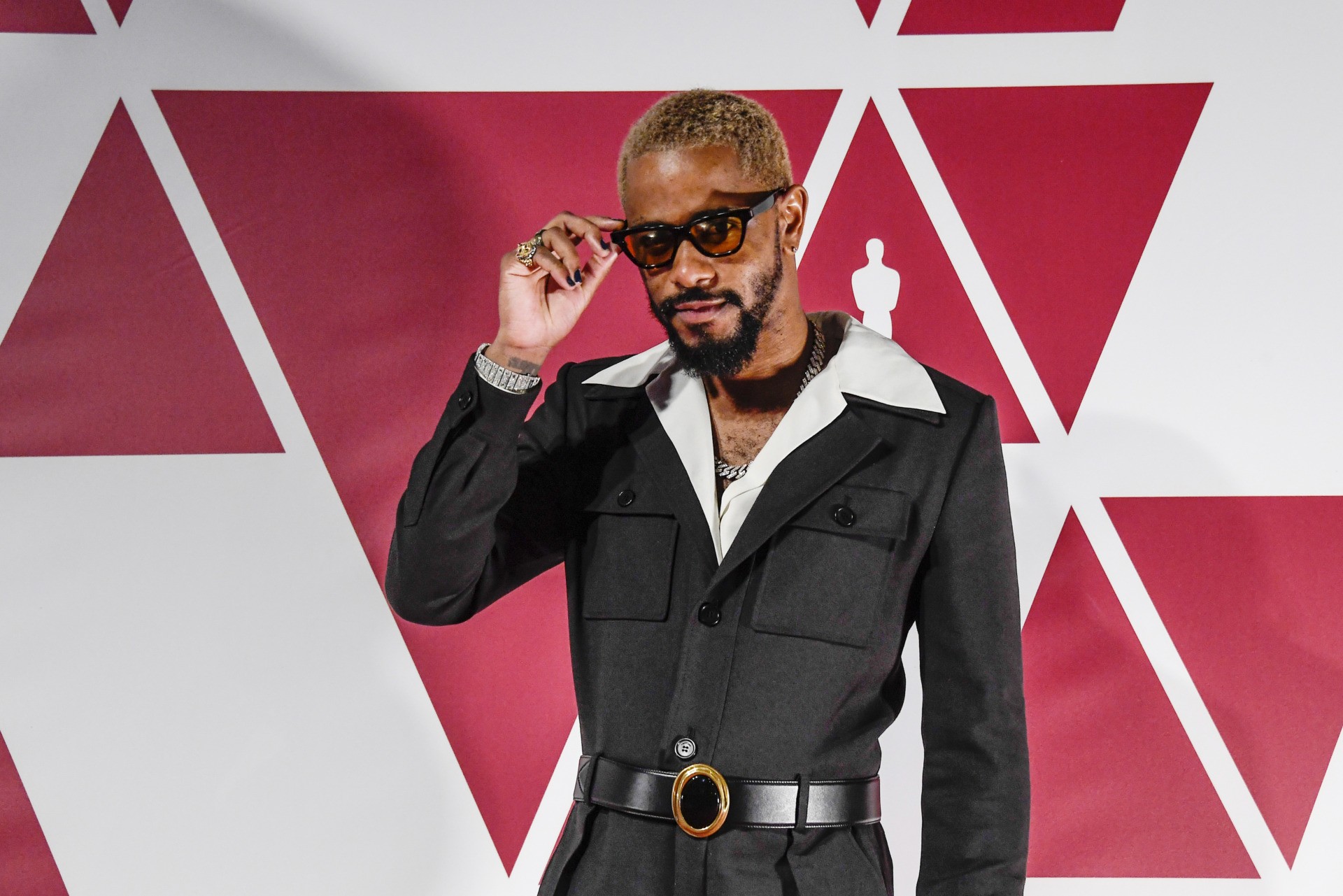 Amanda Seyfried’s Giorgio Armani Privé strapless red ball gown, draped in plissé tulle, looks as if it is eating her body. If she had been nominated for a horror flick, maybe this could have been a kitschy nod to the genre.

Instead, all I can see is an oversized gown attacking the small frame of a Hollywood starlet. See, even her eyes are red and watering as if she’s in pain! 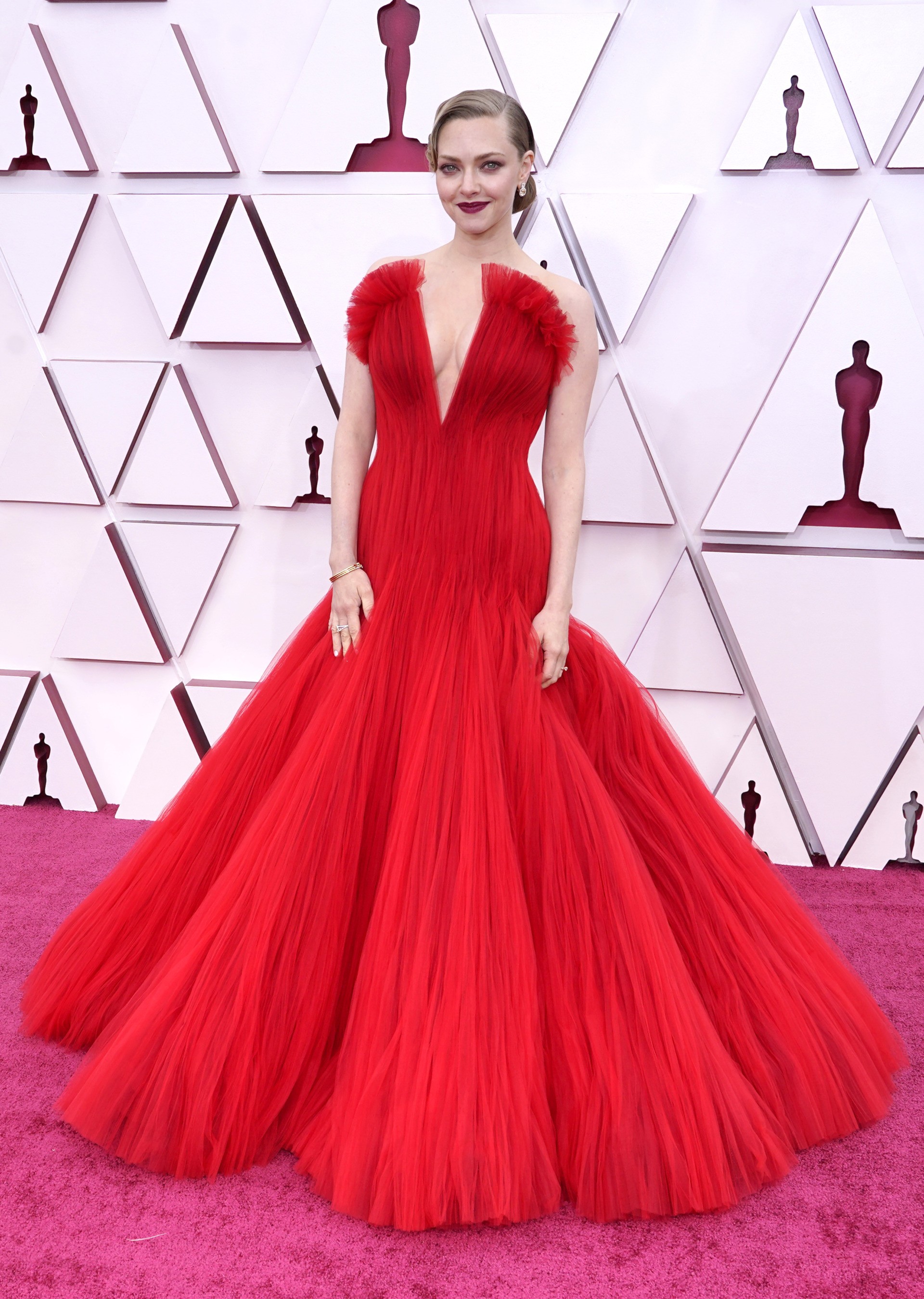 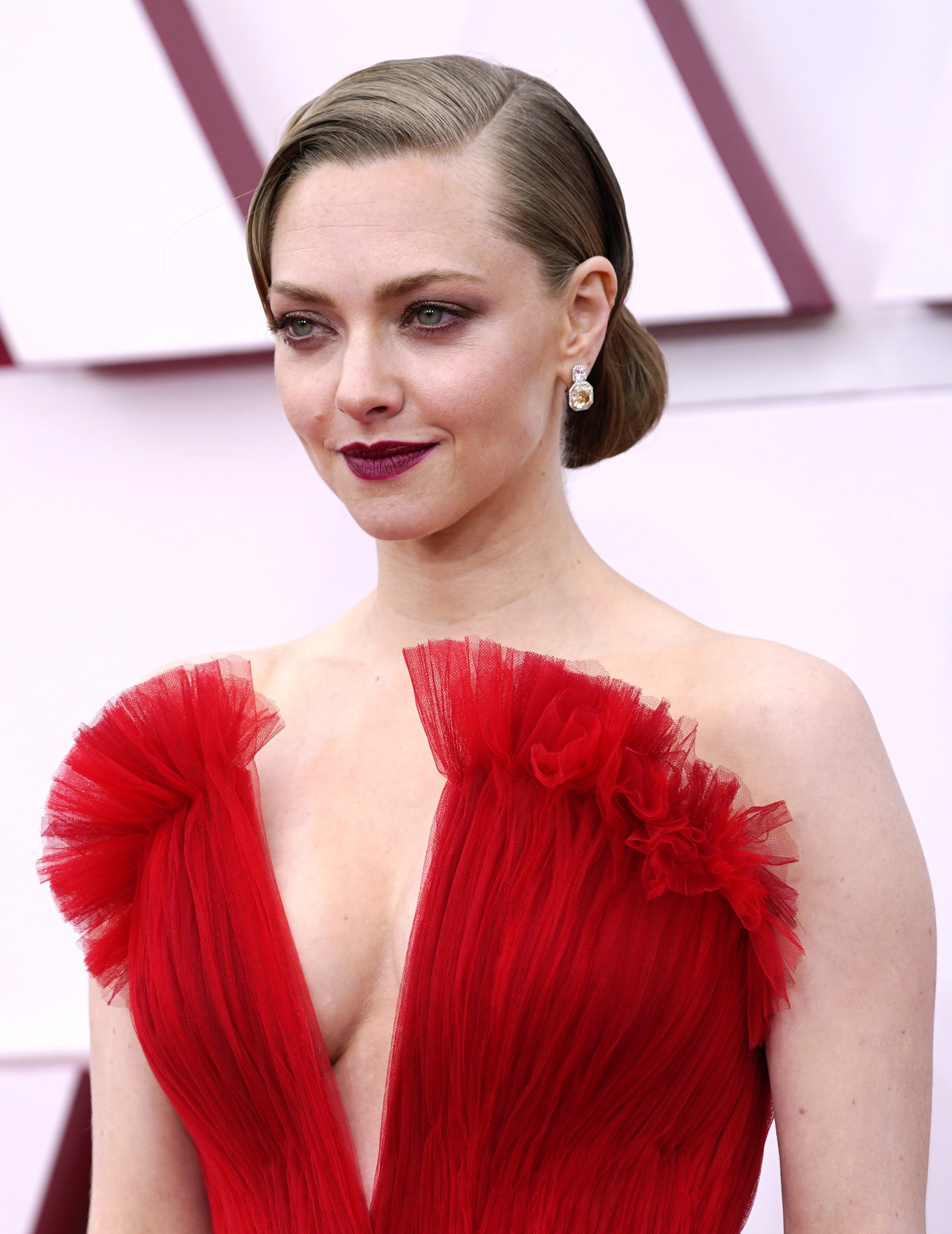 Okay, let me explain. To understand this look, we need to remember that Glenn Close was robbed of an Oscar in 2019 when she wore a stunning hand-embroidered Carolina Herrera gold gown that resembled the Oscar award itself.

It almost seems like that was the last time Close cared about winning an Oscar (she’s the most nominated actor who has never won). When you care, you dress like you’re going to win.

In this Giorgio Armani Privé tunic encrusted in blue crystals with silver and black beading, Close was giving a big middle finger to the Academy. You’re going to snub me again, so why bother dressing like the winner? Might as well bring the 1980s back — a simpler time with better music! 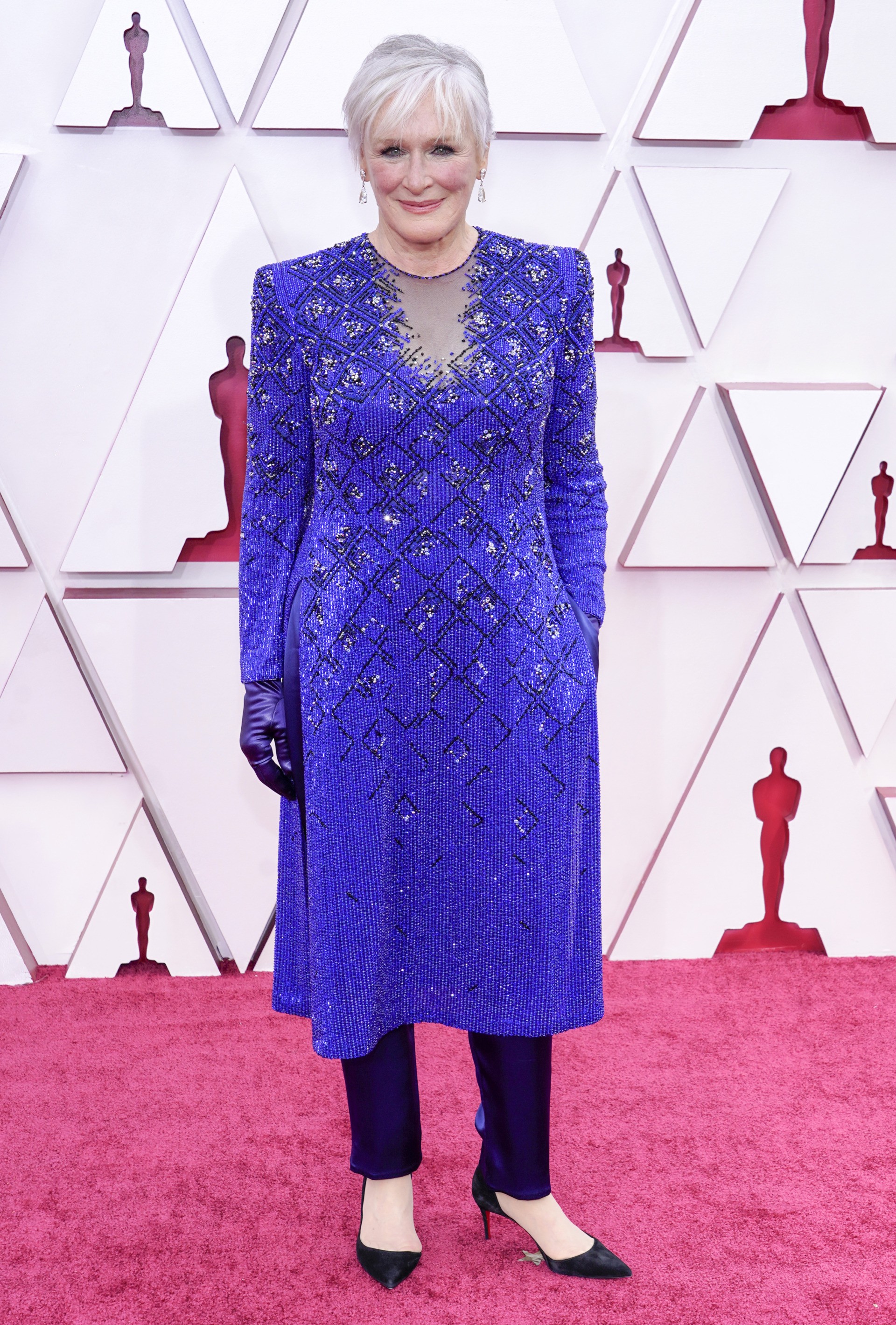 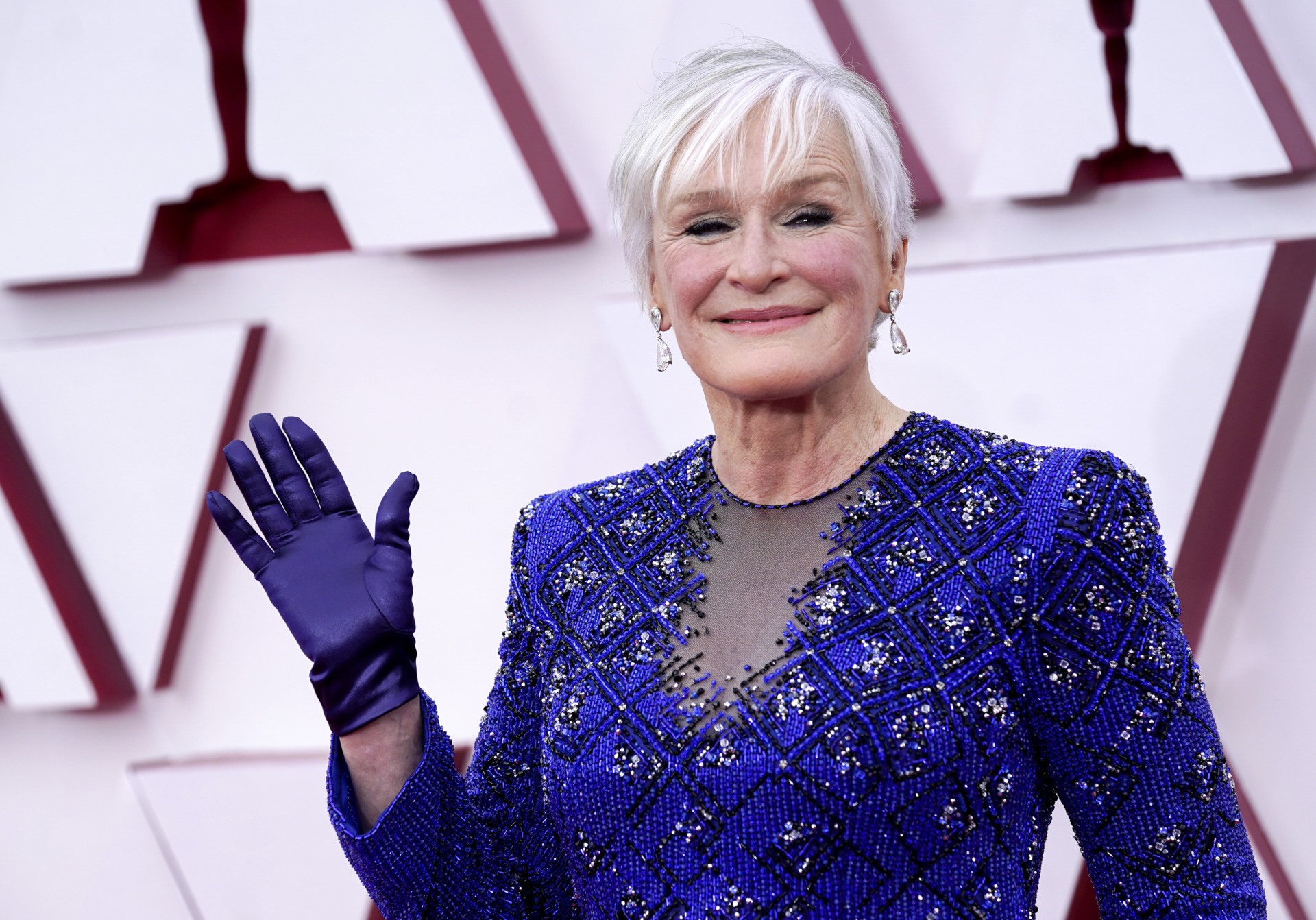 There’s a popart quality to Angela Bassett’s Alberta Ferretti custom red crêpe off-the-shoulder gown that featured draped organza shoulders that fell into a train. The idea of a giant bow is probably one of the most overplayed fashion moments on a red carpet.

This gown, though, took that old idea and made it new by transitioning the bow to Bassett’s back and structuring it as the shoulders of the gown — jutting out so that anyone wearing this creation can’t fit through a doorway. Fabulous!

The dark black smokey eye and glittering red lips clutch added to that popart-ness of it all. 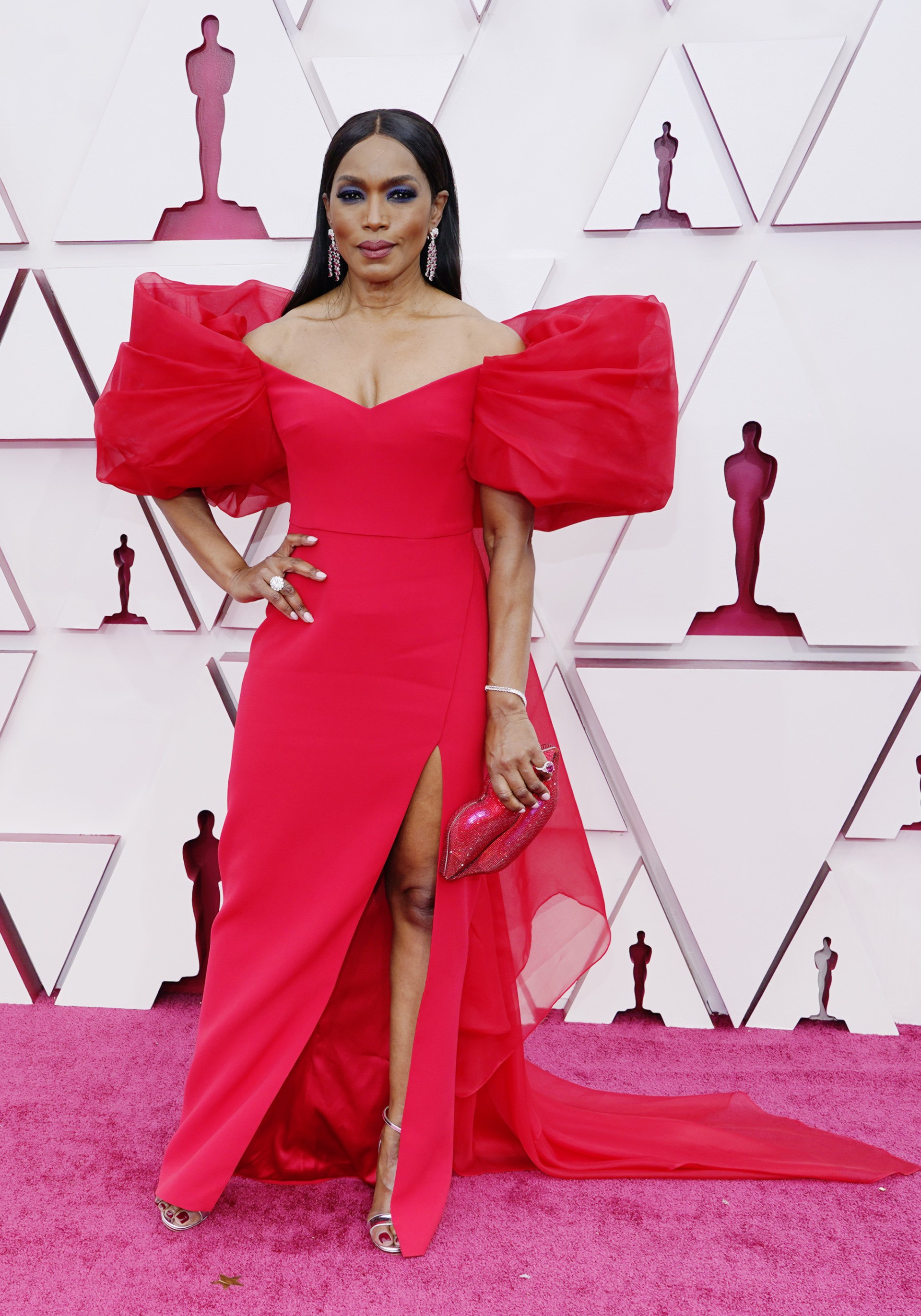 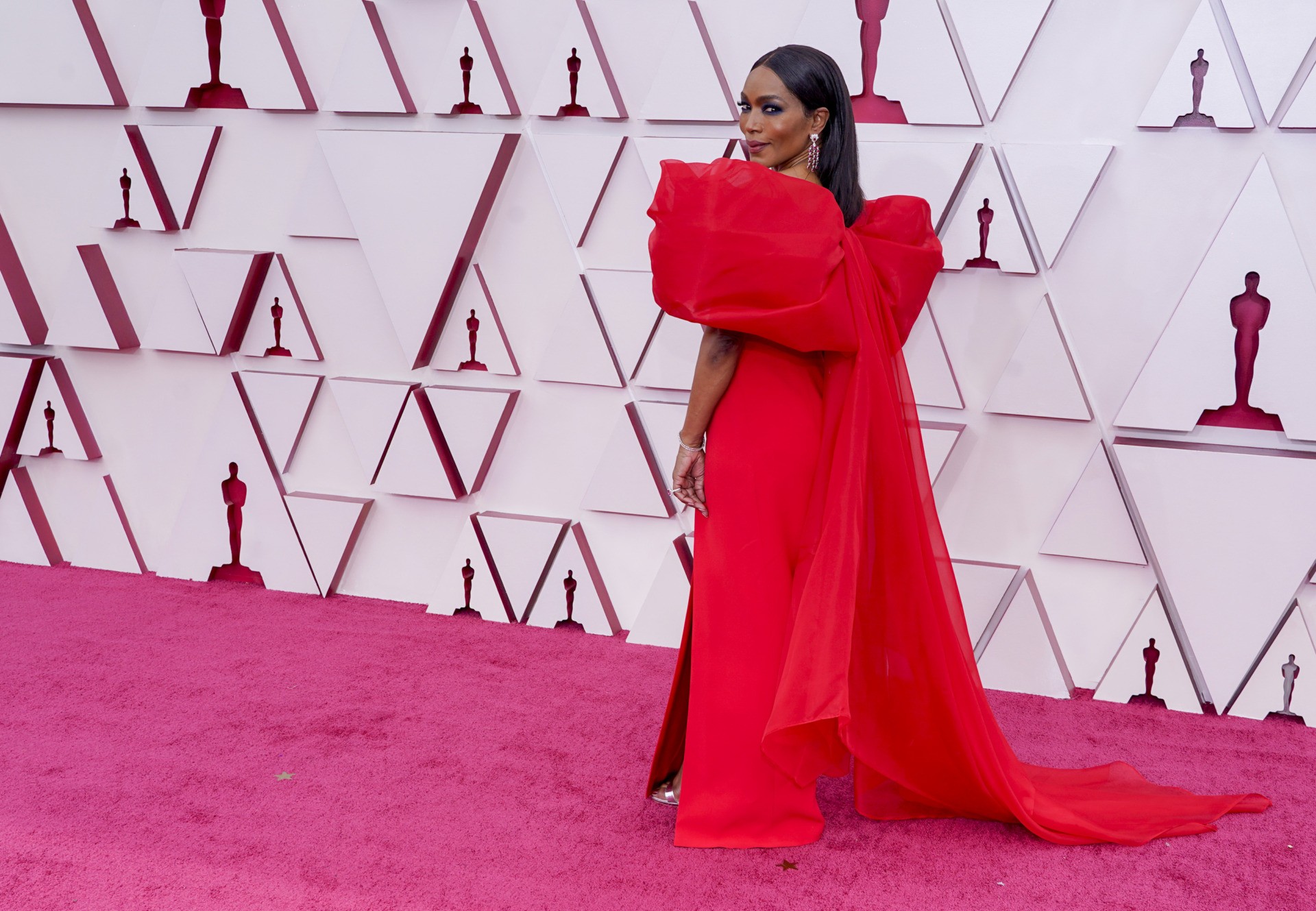 While the rest of the fashion press is going gaga over Zendaya’s Valentino Haute Couture gown and $6 million worth of Bulgari jewelry, I must dissent.

There’s nothing I particularly dislike about this look. The Valentino gown, which took 300 hours to make in the fashion house’s Ateliers, is beautifully draped in an almost neon yellow chiffon. This is obviously meant to be a nod to Cher’s 1973 Bob Mackie gown on Oscar night.

But the boho vibes of this ensemble just don’t add up. Zendaya’s hair should have been flat ironed pin straight rather than beach waves. The gown could have lost the midriff cutout and one necklace is all that is necessary, not a pile-on of jewels. 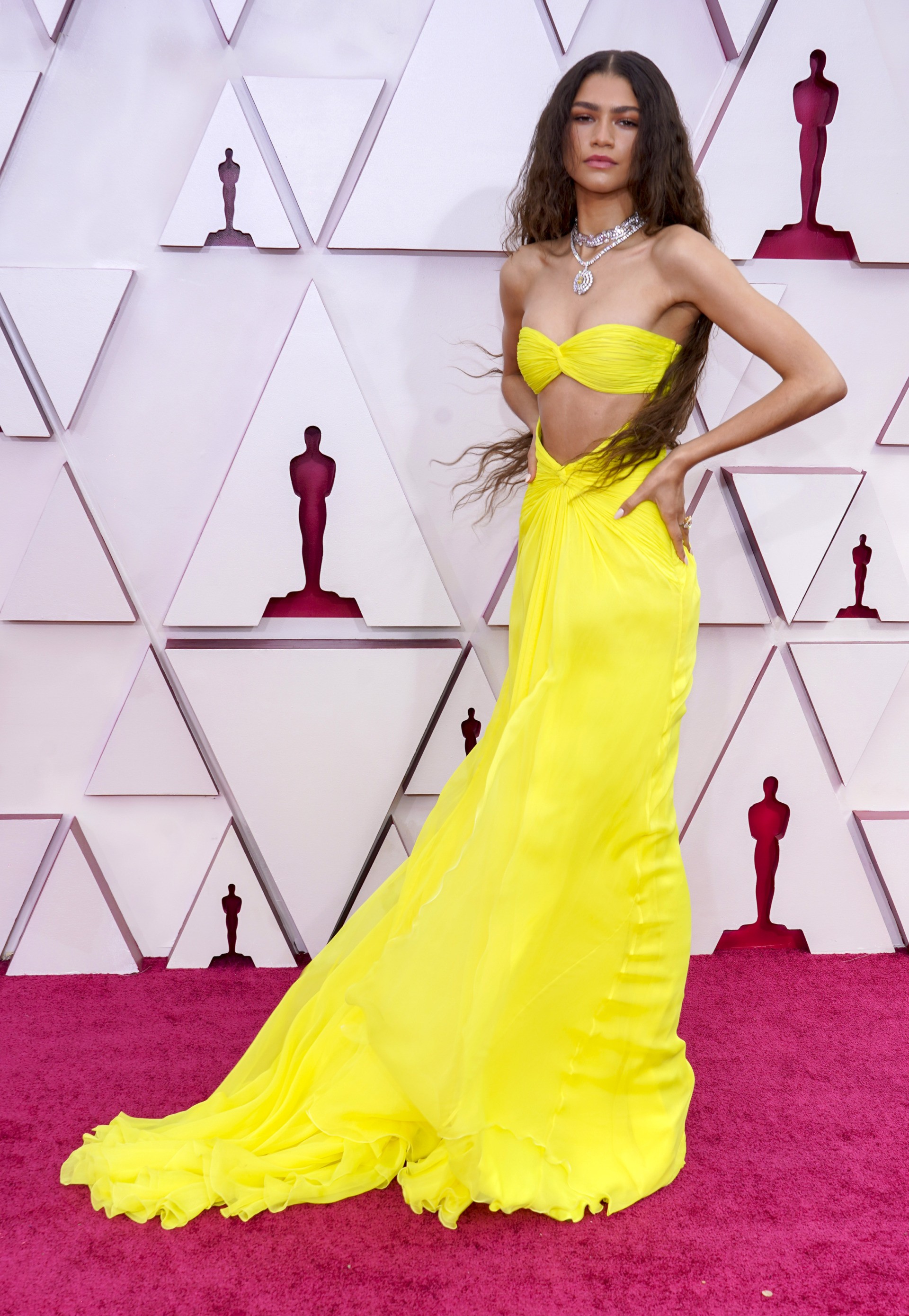 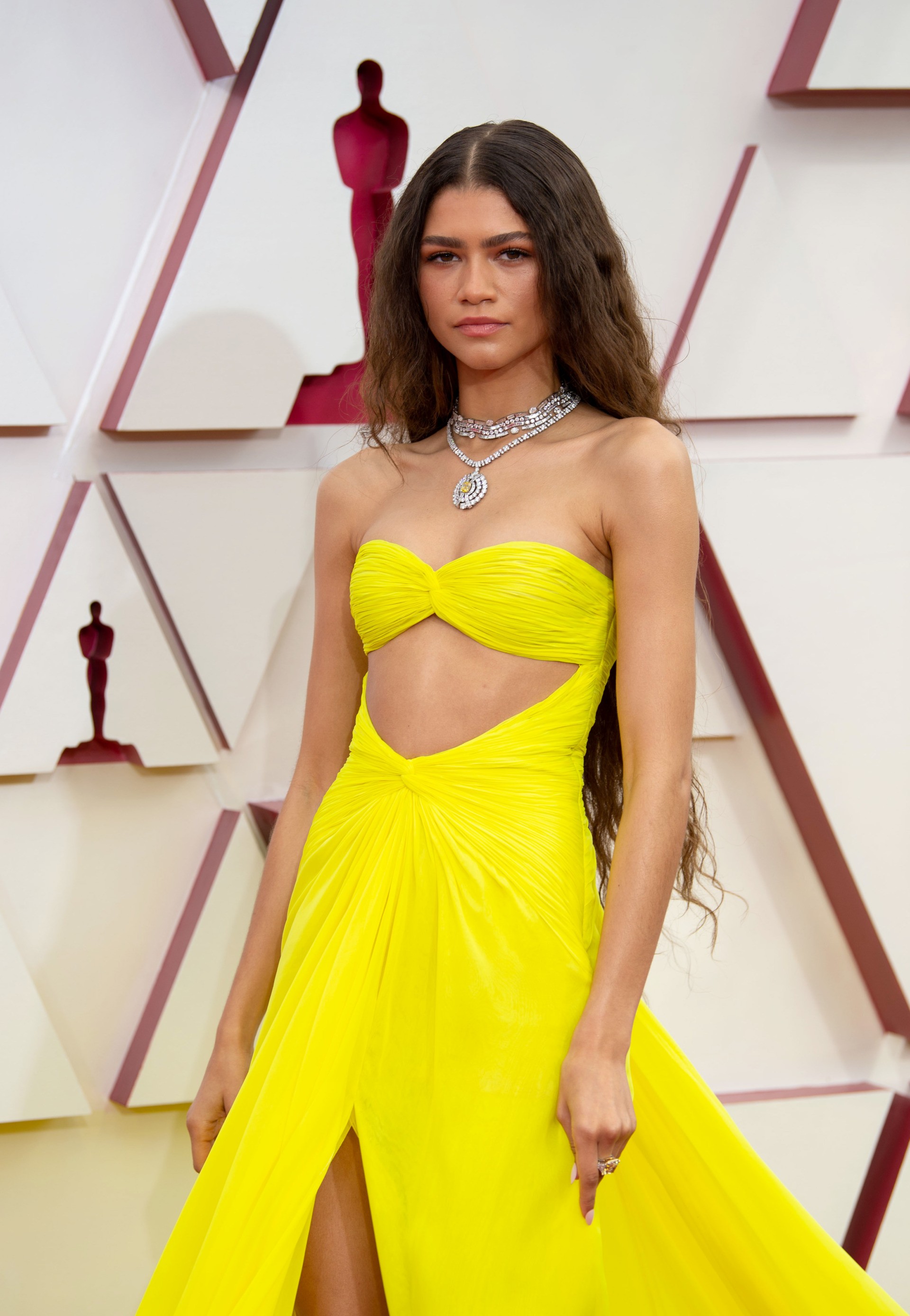