Singer Camila Cabello lamented the ongoing deadly repression in communist Cuba in a Tiktok video this weekend, years after praising Democrat policies that funded and enabled the regime.

Cabello is Cuban-Mexican and has prominently showcased her ethnic background in her singing career. She noted that she still has family on the island and worries about them.

Her rallying call in support of protesters comes five years after she claimed it’s “awesome” President Barack Obama visited the island nation – a visit in which Obama watched a baseball game with longtime dictator Raúl Castro while state security agents arrested nearly 500 political dissidents during his brief stay there in March 2016.

.@POTUS THIS. IS. AWESOME

Cabello then added, “I’m going to miss Barack Obama as President of the United States so much.”

i'm going to miss @BarackObama as @POTUS so much

Cabello’s tone has changed in the aftermath of the July 11 protests on the island against communism, which have become a popular cause among Latin American celebrities. The singer took to her TikTok account over the weekend to share a lengthy video in which she outlined her support for people protesting the country’s brutal communist regime. 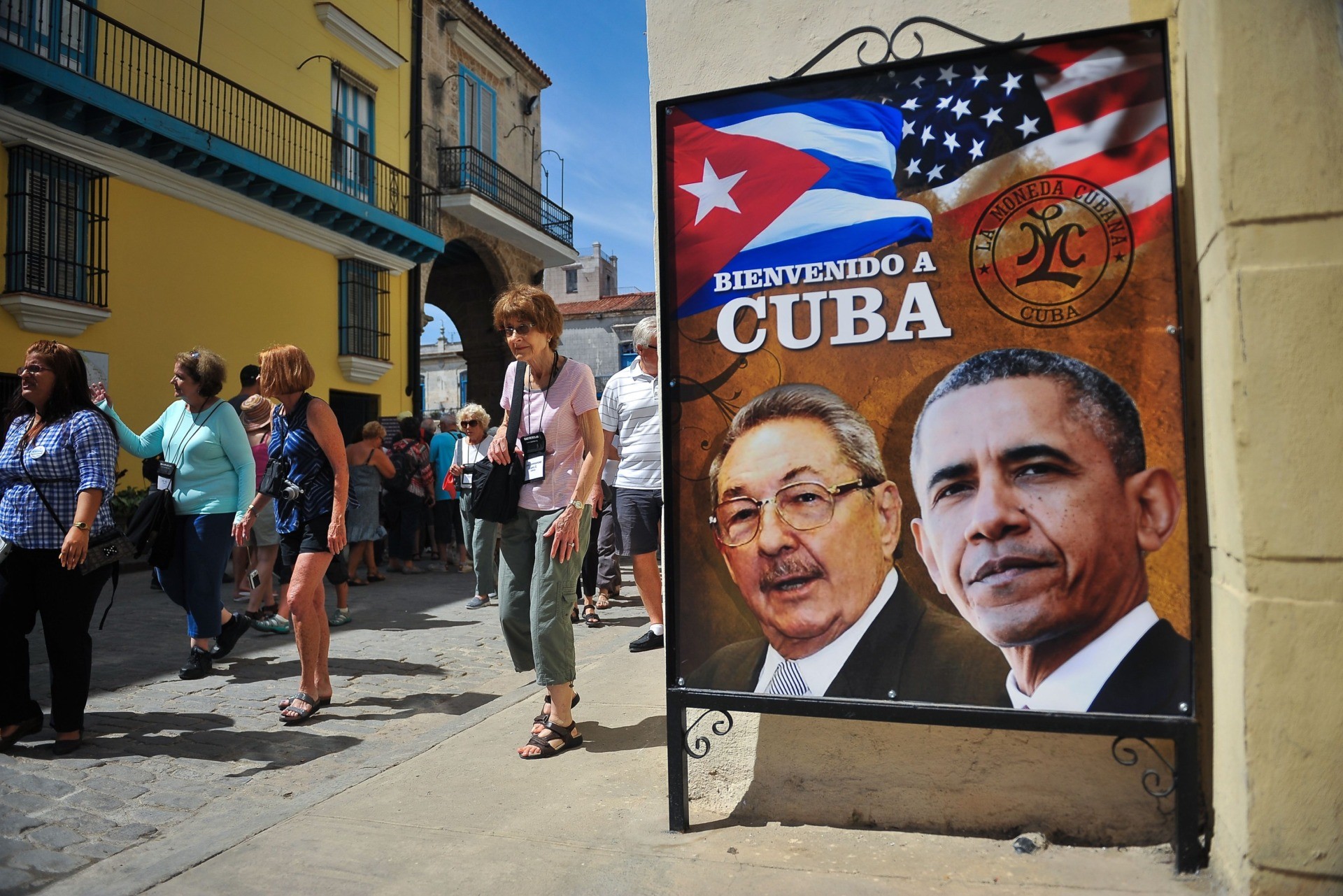 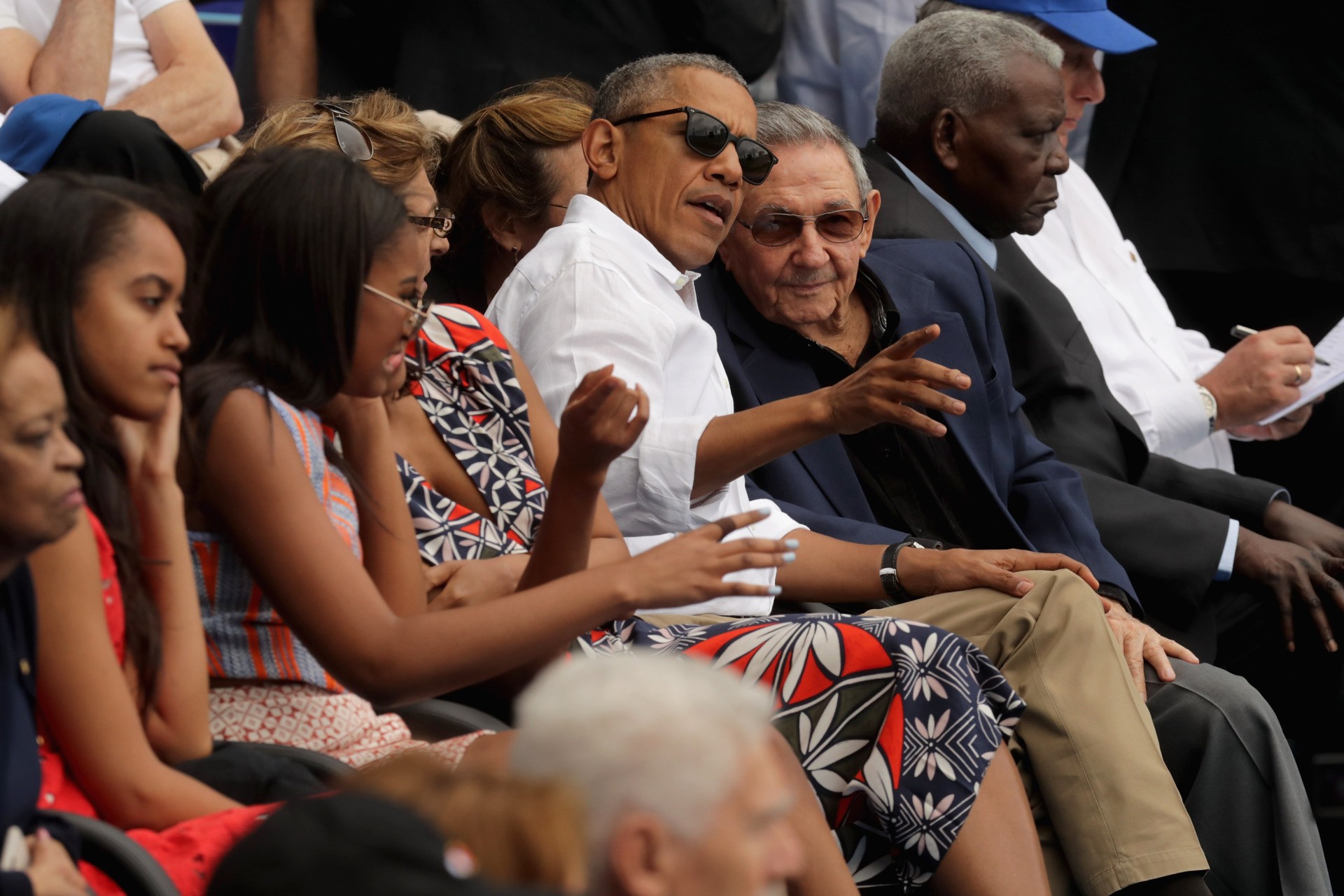 U.S. President Barack Obama and Cuban President Raul Castro visit during an exhibition game between the Cuban national team and the Major League Baseball team Tampa Bay Devil Rays at the Estado Latinoamericano March 22, 2016 in Havana, Cuba. This is the first time a sittng president has visited Cuba in 88 years. (Chip Somodevilla/Getty Images)

“As you guys know, I’m Cuban-Mexican, well, I don’t know if you know that, but, I’m Cuban-Mexican. My mom is Cuban, I lived and was born in Cuba and so this movement is really important to me as I still have family on the island and I hear my cousins and my mom talk about what’s going on on the island,” she began her post.

Cabello proposed helping the protesters by using the hashtag #soscuba, but did not offer any concrete ways to directly help the protesters.

“I’ve heard it pretty much all my life, but it’s gotten really bad. A lot of people think the protests are about a lack of COVID resources and medicine, which is really just the latest layer in a 62-year-old story of a Communist regime and a dictatorship,” she explained.

“For 62 years, Cuban people have been living under oppression. What started out as a socialist ideal of free healthcare, free education and food for all turned into present-day Cuban people have to wait hours in line at the grocery store to come in and find that basic staples like beans and rice are ten times more than what the average even medical doctor in Cuba can afford.”

“What has the government done in response?” she added “They’ve put the country’s leading activists behind bars, physically beating protestors and taking down the island’s Wifi so protestors can’t organize anymore. And so we can’t see what the government is doing over there.”

Cabello also falsely claimed the protests are unprecedented and only the second time that Cubans have risen up against the regime. In reality, the Ladies in White dissident group has held a protest every Sunday since 2003, culminating in police publicly beating them and disappearing them into jails without charges or any explanation. Other groups like the Patriotic Union of Cuba (UNPACU) have organized large-scale protests across the island; UNPACU leader José Daniel Ferrer has been missing since July 11 after spending six months in prison in 2019 for organizing a protest.

She concluded by calling on her followers to spread awareness, including sharing her video on the subject, so the young protesters knew they had support.