Hollywood actor Scott Baio has called out his fellow celebrities who supported and campaigned for Joe Biden, noting their silence on the president’s catastrophic withdrawal from Afghanistan that resulted in thousands of Americans stranded behind enemy lines and 13 dead U.S. military personnel in twin suicide bombings last week.

“This is your guy! Where are you now?” Baio asked. “I’m praying for our military that was killed and those left behind because of your guy.”

Where are you now @pattonoswalt @alyssa_milano @robreiner @richardmarx and others in Hollywood. This is your guy! Where are you now? I'm praying for our military that was killed and those left behind because of your guy. P.S. Trump has nothing to do with this. pic.twitter.com/l1W7dQpEY4

Baio shared a screenshot of a Fox News chyron that appeared to reference a recent report claiming Taliban “kill squads” are using biometric data left behind in Afghanistan by the Biden administration to identify and eliminate U.S. allies. 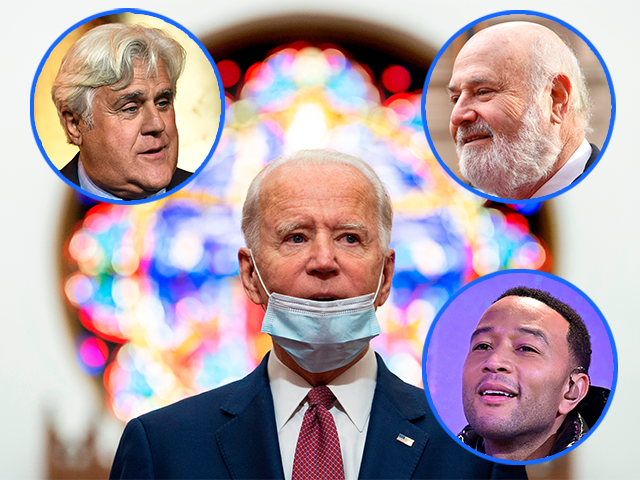 Joe Biden is once again returning to the Hollywood fundraising trough where he will drink heavily from the largess of wealthy left-wing celebrities, including Jay Leno, Rob Reiner, Barbra Streisand, and John Legend, according to a notice on the Biden campaign’s official site. (JIM WATSON/AFP; Getty Images, Dimitrios Kambouris/for Hudson River Park/Emma McIntyre/for TCM/Dia Dipasupil) 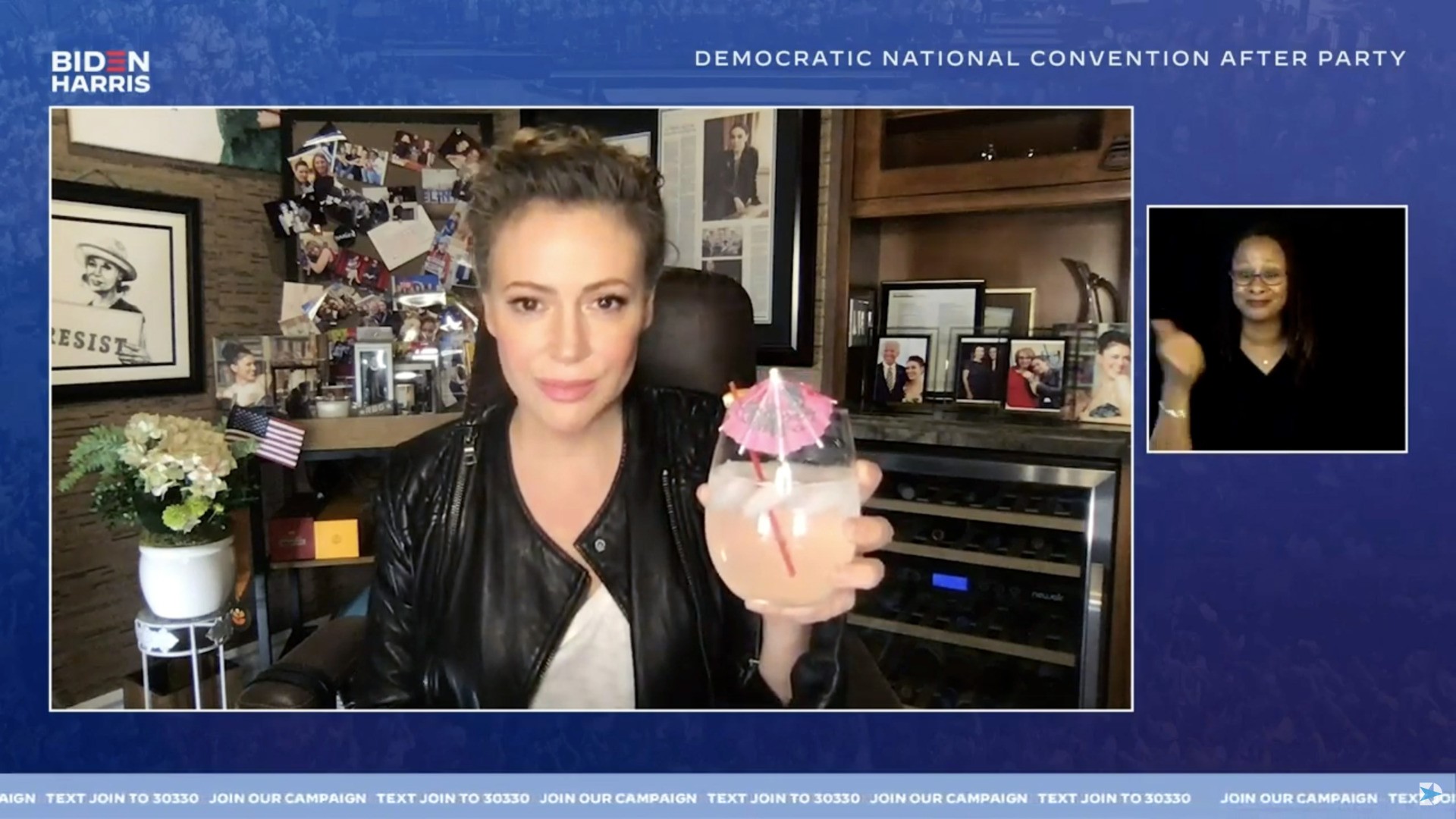 In this screenshot from the DNCC’s livestream of the 2020 Democratic National Convention After Party, Alyssa Milano speaks to the virtual convention August 20, 2020. (DNCC via Getty Images)

The report appears to have originated from the site Zenger News, which conducted an interview with a purported member of a Taliban special unit called Al Isha. The individual claimed his unit is using U.S.-made hand-held scanners to access a U.S.-built biometric database and identify any person who helped the NATO allies or worked with Indian intelligence.

The shitshow in Afghanistan has lots of multi-administration blame to go around. When your racist draft-dodging hero was calling our own military servicemen and women “losers and suckers” where the fuck were you? You disingenuous rapey little twerp. https://t.co/hcwDG7GHw6

While neither Alyssa Milano nor Rob Reiner had reacted to Baio as of Monday evening, they both re-affirmed their support for Biden in tweets on Sunday.

Milano said she is “proud” of Biden, adding that the president is doing an “incredible job.”

I’m proud of @POTUS and the incredible job he’s doing. He’s the right person for the job in this moment in history. #IStandWithBiden

Meanwhile, Reiner skirted the issue by praising Biden for his “strength and fortitude” to end the U.S. war in Afghanistan.

America’s 20 year involvement in an unwinable is over. It took the guts of a Commander-in-Chief with the strength and fortitude to withstand the overwhelming barrage of criticism to do what was right.

Patton Oswalt also didn’t reply to Baio, though the comedian retweeted the following message that lauded Biden for pulling out of Afghanistan without addressing the catastrophic way it was executed.

Scott, you'd be praising Trump for his leadership for pulling out of Afghanistan if he were still President. Biden did it. Fulfilled that promise. He has already retaliated against our enemies and has promised to continue. What are you missing?

As Breitbart News reported, numerous celebrities who endorsed and campaigned for Joe Biden last year have yet to comment on the unfolding tragedy in Afghanistan. They include Barbra Streisand, Dave Bautista, Cher, Jason Alexander, Sarah Silverman, and Mark Hamill.