Movie critics fell head over heels for National Geographic’s Fauci documentary, resulting in an enviable Rotten Tomatoes score of 91 percent. What did audiences think of the movie? Rotten Tomatoes isn’t saying, choosing not to disclose the rating to the public.

The Rotten Tomatoes page for Fauci currently shows 33 reviews from critics, but no ratings from audiences. The site will sometimes hide the audience score if a movie hasn’t generated that many user votes, which usually occurs with obscure or little-seen titles. But Fauci is widely available on Disney+, following a limited theatrical release, and has generated ample user feedback on other sites.

It remains unclear why Rotten Tomatoes isn’t showing the audience score for the documentary. Representatives from Rotten Tomatoes didn’t immediately respond to a request for comment from Breitbart News.

Rotten Tomatoes’ decision comes as the Disney-produced Fauci is getting hammered on IMDb and YouTube. The documentary currently has a 1.6 / 10 IMDb rating, indicating an overwhelmingly negative audience reaction. Of the nearly 6,000 user votes, 89.4 percent of users gave Fauci a “1” rating, the lowest possible score.

Fauci’s IMDb score puts it lower than the site’s lowest ranked title, Disaster Movie, which has a rating of 1.9. For reasons that are unclear, Fauci doesn’t appear on IMDb’s list of its lowest-ranked movies. 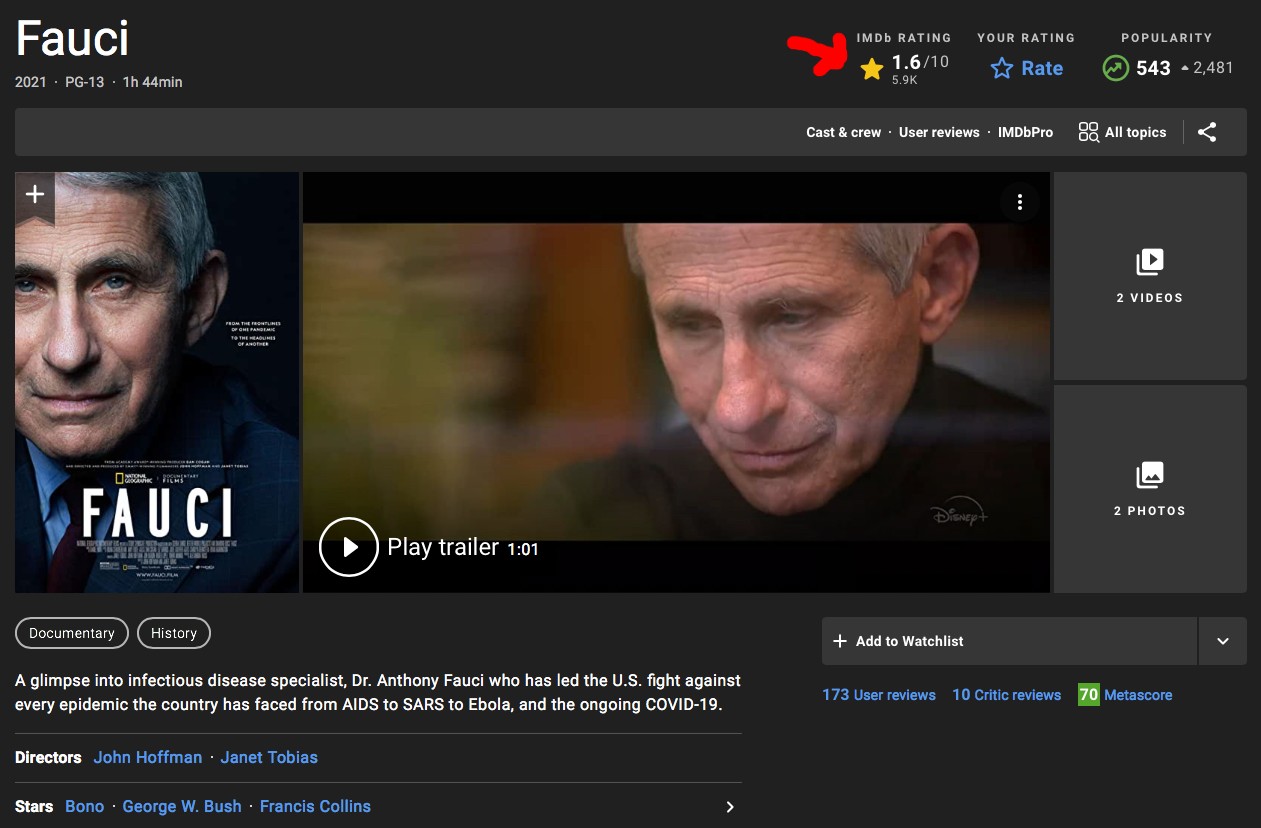 The reaction on YouTube isn’t much better. The official trailer for the documentary has received 102,000 thumbs-down votes, versus just 7,700 thumbs-up. 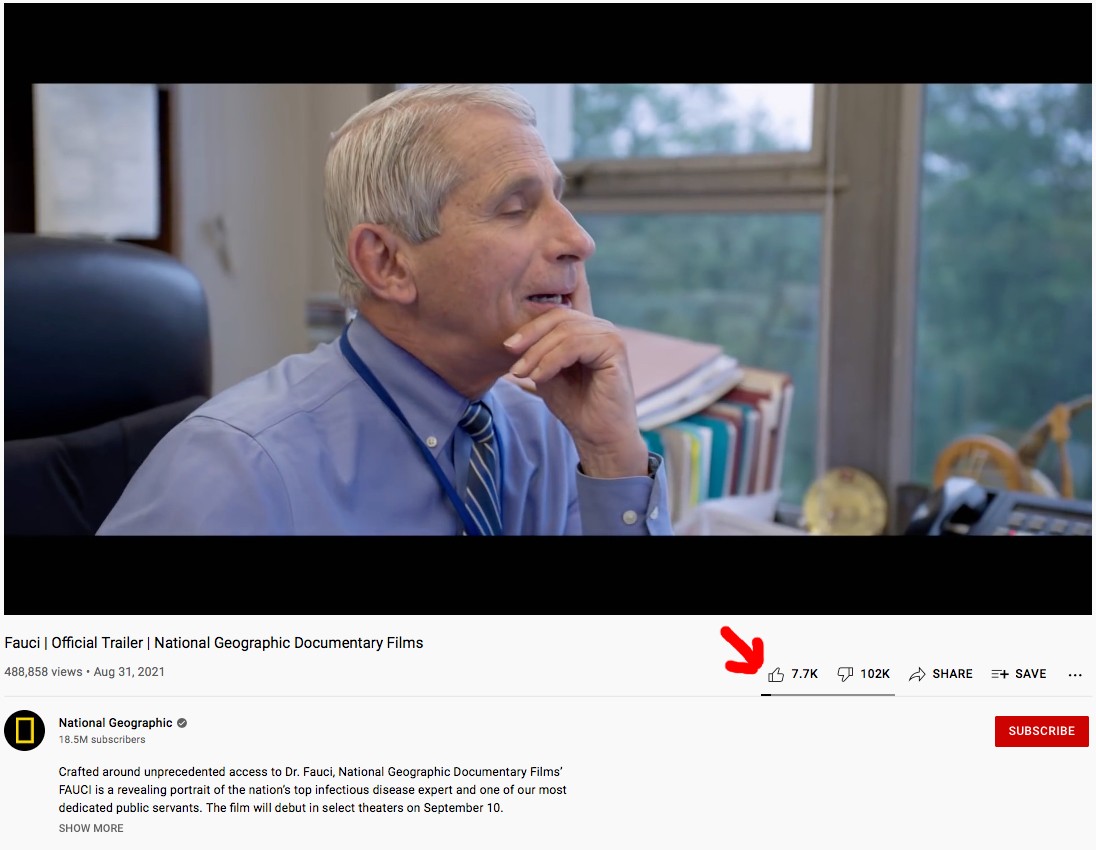 As Breitbart News reported, the theatrical distributor for Fauci has taken the unusual step of hiding the movie’s box-office grosses. There are no publicly available box-office figures for the documentary even though it has played in major cities, including New York and Los Angeles.

Magnolia Pictures, which distributed the movie, hasn’t responded to a request for comment from Breitbart News.