Rotten Tomatoes has revealed the audience score of National Geographic’s Fauci documentary after Breitbart News inquired on Monday why the site had so far failed to publish the information.

Fauci has an audience score of just 2 percent, indicating overwhelmingly negative viewer opinions of the movie. The score stands in stark contrast to the movie’s 91 percent “Tomatometer” score, showing the vast majority of professional movie critics liked the movie.

As of Monday evening, Fauci had received more than 250 audience reviews, a jump from zero earlier in the day. Representatives of Rotten Tomatoes still haven’t replied to Breitbart News’ request for comment about why the site hadn’t posted the audience score.

The disparity between the movie’s Tomatometer and audience scores is far greater than those of Star Wars: The Last Jedi and the 2016 Ghostbusters reboot — both of which were championed by elite critics but loathed by the moviegoing public.

The movie has a 1.5 / 10 rating on IMDb, indicating an overwhelmingly negative audience reaction. Of the nearly 6,000 user votes, close to 90 percent of users gave Fauci a “1” rating, the lowest possible score. On YouTube, the official trailer for the documentary has received 102,000 thumbs-down votes, versus just 7,700 thumbs-up. 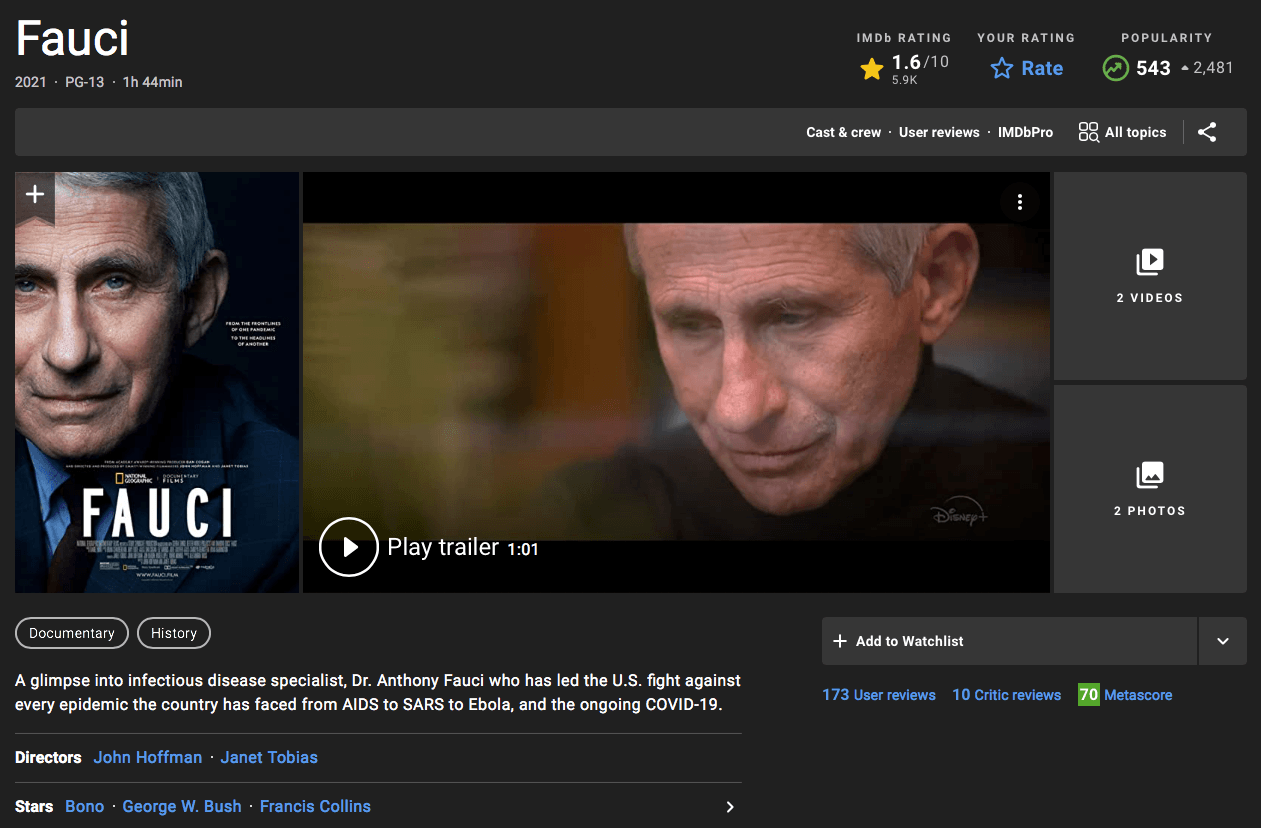 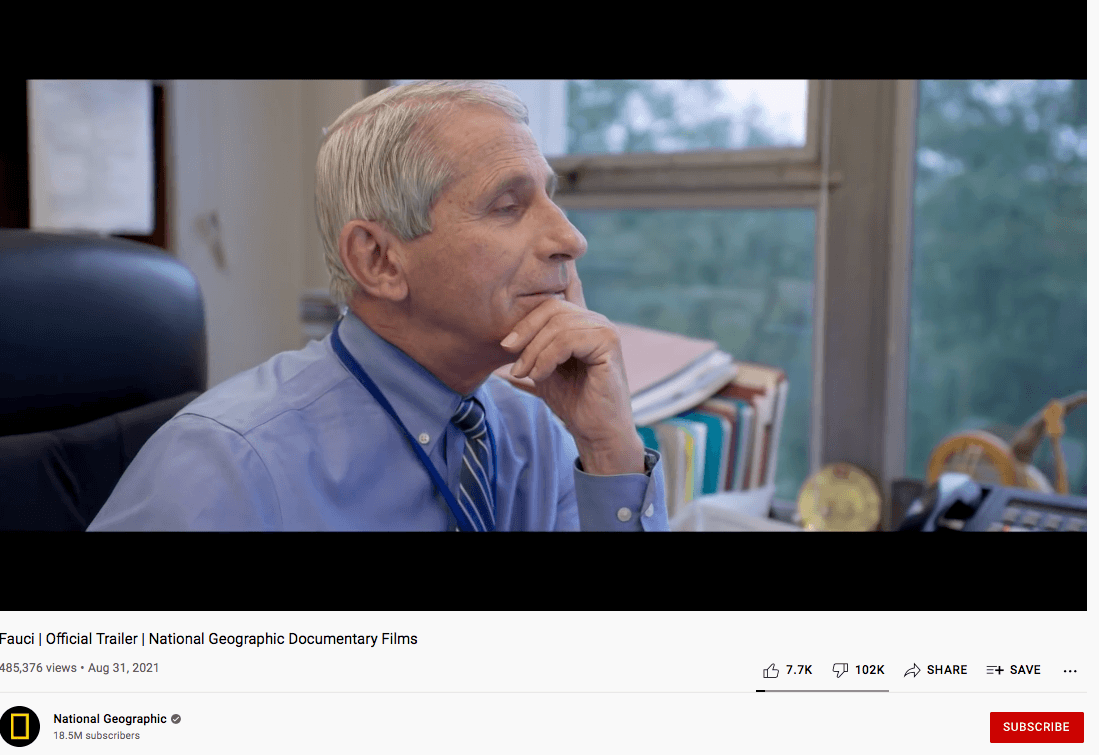 Many Rotten Tomato users faulted the documentary for its one-sided, propagandistic portrayal of Dr. Anthony Fauci.

The movie, which is streaming on Disney+,  portrays Fauci as a saint with nary a flaw to speak of. The filmmakers trot out talking heads including former President George W. Bush, Biden administration official Susan Rice, U2’s Bono, and billionaire Bill Gates to sing his praises.

Fauci, which was produced by Disney, also goes to considerable lengths to shield China from criticism for its role in the coronavirus pandemic. The movie implies that anyone who blames China is a bigot, comparing them to people who blamed gays for the AIDS crisis of the 80s and 90s.

Fauci has been trashed by audiences on other sites, including IMDb and YouTube.