Of all the folk tales, pageants, legends, and fables to accompany the Christmas season, few have achieved the level of immortality of The Nutcracker, from E.T.A. Hoffmann’s short story to its reimagining in Tchaikovsky’s ballet.

Like Dickens’s A Christmas Carol or Frank Capra’s It’s a Wonderful Life, we can recall The Nutcracker as if by rote: a curious girl on Christmas Eve, an enchanted Nutcracker who springs to life and battles the evil Mouse King, a whimsical land of marzipan castles and Christmas forests. We know the tale, but have we ever asked why we know it? For that, we must venture into its origins.

When Prussian author E.T.A. Hoffmann conceived The Nutcracker and the Mouse King in 1816, he envisioned his tale as a counterpoint to the prevailing Enlightenment dogma that insisted upon rationalism and reason over imagination. A product of German romanticism, Hoffmann “believed strongly that the imagination was being attacked by the rise of rationalism,” according to University of Minnesota professor Jack Zipes, and therefore dedicated himself to “another way of looking at the world, and to reclaiming nature, reclaiming innocence, reclaiming an authentic way of living.”

In the simplest summation, German Romantics were nostalgists, most of whom respected the Medieval foundations upon which Western civilization was built. Rather than divorce themselves from the past — as the Robespierrean French so violently demonstrated — the Romantics harnessed the past as a wellspring for inspiration to better unify an increasingly atomized culture in a post-Reformation society. They insisted on tales of courtly love, the triumph of Humanität (true humanity), the validation of passion, and the prevailing of virtue over vice.

To the Romantics, art could not be probed for deconstruction, it could not be commodified, it could not be “put on the rack and tortured for her secrets,” as the Renaissance philosopher Francis Bacon would have it. The Romantics saw art as a leisurely affair, a divinely-inspired process wherein God channels the artist as a vessel for unspoken Truths. From the Romantics, the West received some of its most treasured works of post-Enlightenment art: the Grimm fairy tale anthologies, Beethoven’s Symphony No. 5, and Caspar David Friedrich’s iconic Wanderer Above a Sea of Fog.

That Hoffmann’s The Nutcracker would survive over 200 years of history, including two World Wars and the rise of Communism, to become synonymous with Christmas, speaks to its unique power as a romantic work of fantasy. Most cultural critics and historians would be quick to credit Tchaikovsky’s majestic suite for this brush with immortality, and while that remains undisputed, it must not be forgotten that Hoffmann’s tale spawned a legacy of such power it captured the imagination of not one but two artistic titans: French author Alexandre Dumas and Russian composer Pyotr Ilyich Tchaikovsky.

Nearly three decades after its publication, Dumas recrafted Hoffmann’s tale in his own image – The Tale of the Nutcracker (1844) – retaining Hoffmann’s basic plot with only a few minor differences. Tchaikovsky would later use Dumas’ recreation as the basis for his ballet’s libretto, stripping the story down into what amounts to little more than a young girl’s dream. Undoubtedly, without Tchaikovsky’s music, Hoffmann’s tale of wonder would be little more than a curiosity for German literary scholars rather than the cultural powerhouse as we understand it today. Strange as it may seem, Hoffmann would probably relish the knowledge of music becoming the fount from which his work received eternal life. For in his famous review of Beethoven’s Fifth Symphony, Hoffmann declared that music “reveals an unknown kingdom to mankind: a world that has nothing in common with the outward, material world that surrounds it, and in which we leave behind all predetermined conceptual feelings in order to give ourselves up to the inexpressible.”

As critic Robert Kilborn so eloquently noted, “Hoffmann’s novella captures a stranger and darker world than the Alexandre Dumas, père, adaption from which the ballet is derived. What in the story is a very real transformation and liberation, in the ballet becomes a lighthearted dream. But the music carries the message intact.”

With that, we must ask ourselves: what stood at the heart of Hoffmann’s work that spawned this ongoing saga of fascination that still resonates, even to today? I suspect it stems from the marriage of Hoffmann’s fiercely defiant romanticism with the season of Christmas, creating an ethos radiating within its metaphysical DNA that captivates our subconscious.

For what is Christmas if not Western civilization’s last vestige of collective leisure — the one season in which we set aside all notions of structure and utility to partake in the anticipation and celebration of Christ’s birth, and as with all celebrations, there are pageants to be attended, gifts to be offered, games to be played, tales to be told, songs to be sung, and fellowships to be nurtured. A parade of useless engagements, quantifiable only by their economic proficiency. We string up lights, not for their luminosity, but so the darkness will be luminous. We display decorations, not for their distinction, but so our homes will be distinct. We indulge in feasts, not for their nourishment, but so our hearts will be nourished. Tradition reigns over trend, Truth over fact, quality over quantity. 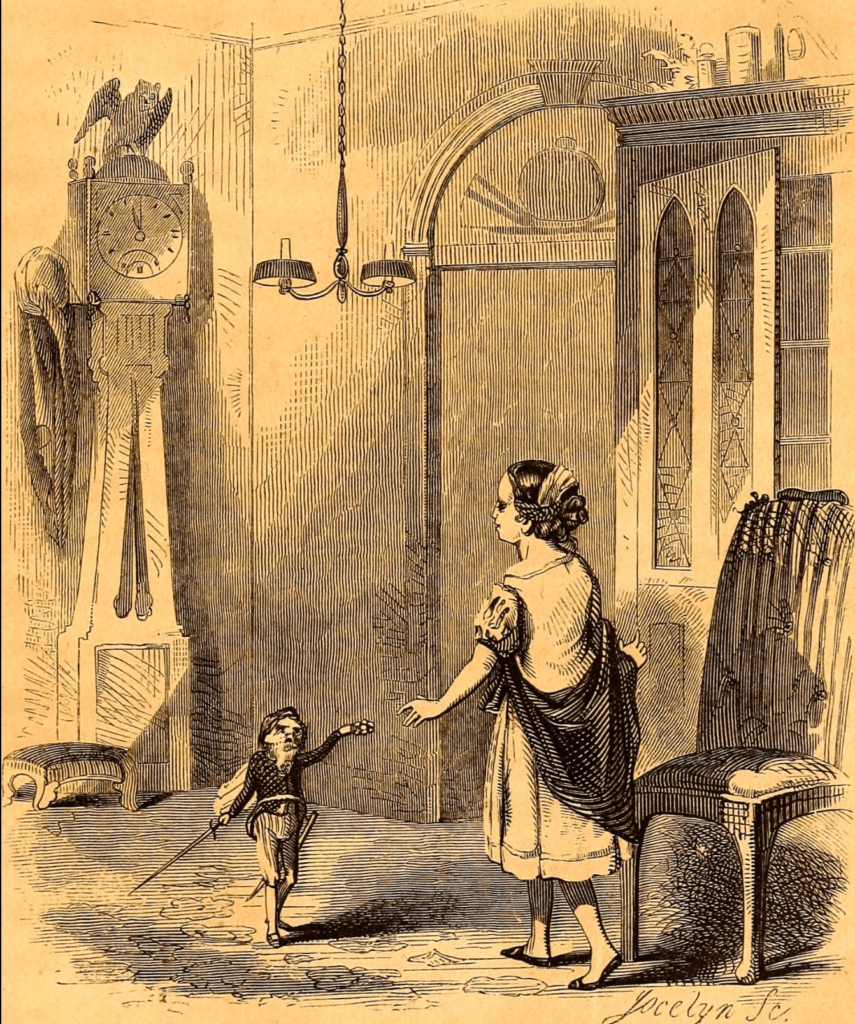 Consider, for example, how this reflects in the arc of Hoffmann’s protagonist, Marie Stahlbahm (Clara as she is known in the ballet). On Christmas Eve, her father entrusts to her a Nutcracker after she expresses her fondness for it. “Since, dear Marie, you love Friend Nutcracker so much, you must shield and shelter him,” he tells her.

Marie takes this to heart, treating the Nutcracker with tender care, cracking in him only the “smallest nuts” for fear of breaking his fragile jaw. For reasons unexplained, she feels an affinity for the Nutcracker, seeing within him a hidden value beyond her understanding. Her brother, Fritz, on the other hand, sees the Nutcracker as merely a tool, a functionary to be wielded for his own amusement, shoving the “biggest and hardest” nuts into the toy’s mouth until his “whole lower jaw turned loose and wobbly.”

“Oh, my poor dear Nutcracker!” Marie cries out in seeing her defective friend.

Now notice what Hoffmann has Fritz say in response: “He’s a stupid, simple-minded guy! He wants to be a Nutcracker, but he has no decent teeth. He probably doesn’t understand his own work. Hand him over, Marie! He has to chew up nuts for me, even if he loses his remaining teeth – even his entire jaw in the bargain.” 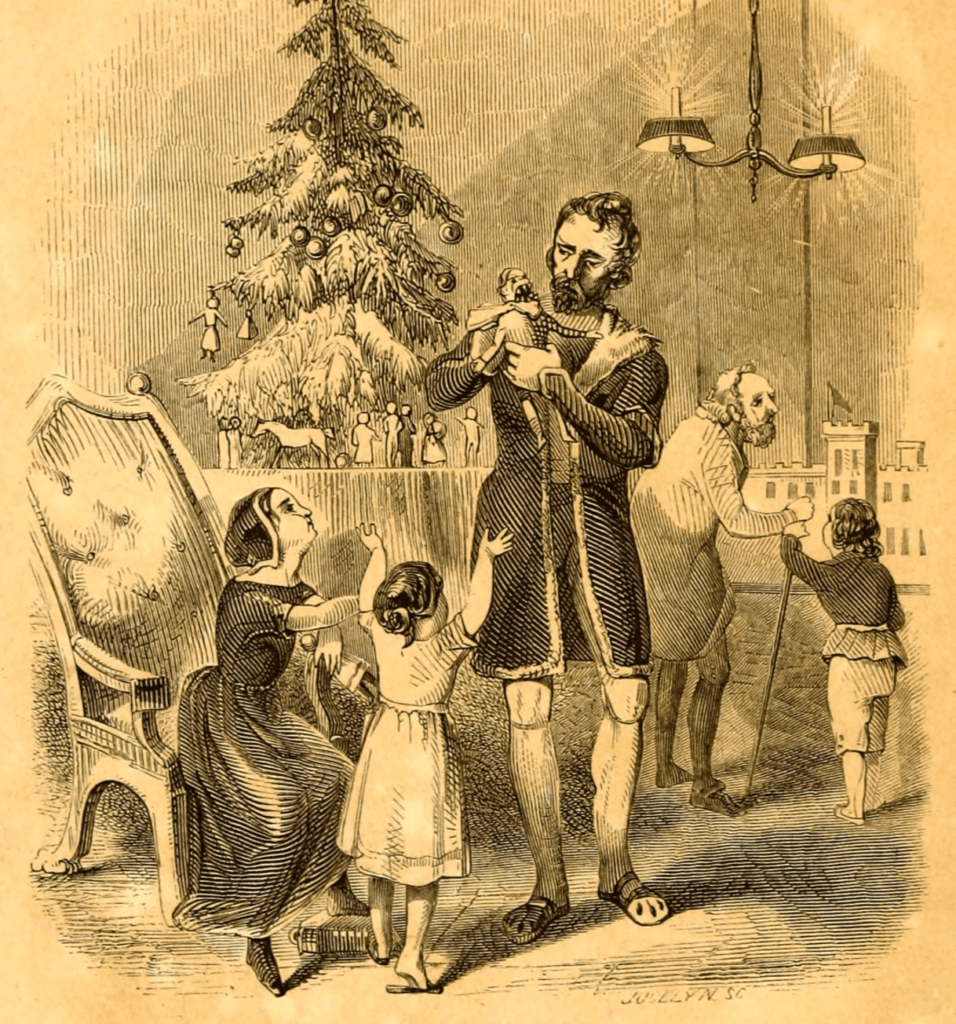 Marie represents the Romantic while Fritz represents the utilitarian, a materialist with no care or insight for anything’s intrinsic value. He is the factory owner who works his employees to the bone, the general who marches his soldiers into a massacre, the king who taxes his peasants into poverty.

These two worldviews, ever-present in Hoffmann’s mind, clash throughout the story as Marie struggles to realize that the Nutcracker may indeed be alive. She sees him perform wondrous deeds, commanding an army and waging war against the seven-headed Mouse King. She learns of his woeful origins; his ugly appearance a curse from a broken promise. She absconds to his magical kingdom of sprawling treats and Christmas forests. Were these actual experiences or merely a fever dream? She wrestles in this conundrum, her family questioning her sanity at every turn, pleading she see the Nutcracker for his inanimate simplicity. She resists, and only when she chooses to love the Nutcracker for his intrinsic worth does she come to know the truth of his existence and win her eternal reward as queen of his magical kingdom.

Hoffmann closes his story with a telling line: “Marie supposedly is still queen of a land you can see sparkling Christmas Forests everywhere as well as translucent Marzipan Castles — in short, the most splendid and most wondrous things, if only you have the right eyes to see them with.” 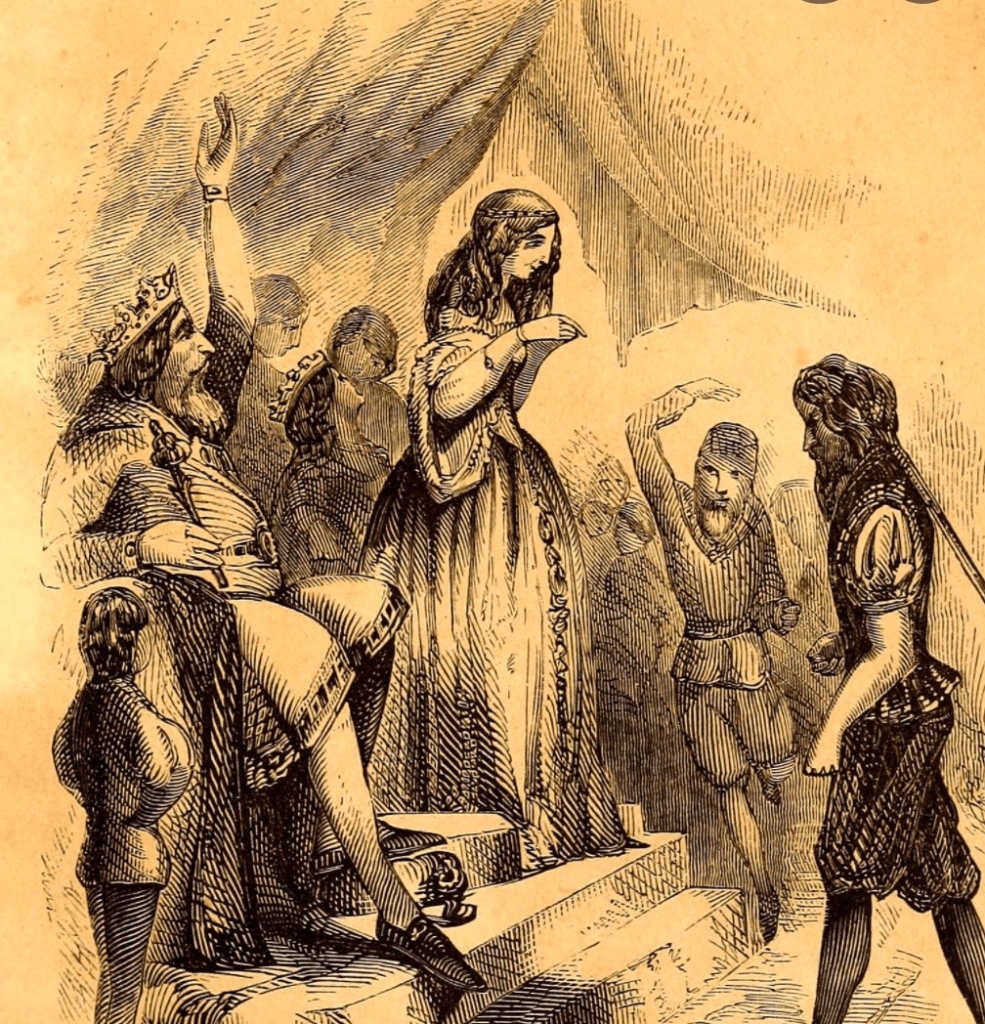 Like a true Romantic, Hoffmann invites us to see the world through Marie’s eyes, discovering a hidden world of meaning beyond facades and machinations, a world filled with the “most splendid and most wondrous things.”

We struggle with this every Christmas, experiencing the season in two realities: the physical, living reality of our worldly existence and the fanciful, majestic reality of our imagination — a decadent, uncorrupted dreamworld of light, wonder, and warmth, untouched by the banality of time. We envision a Christmas marked by precious moments and miraculous happenings only to experience a Christmas firmly grounded in the practical demands of daily living. For every candy cane and silver lane that glows, we get icy roads, depleted bank accounts, crowded parking lots, and year-end fiscal deadlines. We dream of Christmas, living in its promise, anticipating what it brings, yearning to experience it all again while wondering if we ever experienced it all.

Only when we choose to believe in the dream’s reality does Christmas truly come alive.