Actor Rockmond Dunbar is suing Disney and 20th Century Fox over his ouster from 9-1-1, alleging that the studios have discriminated against him due to his race and religion.

The lawsuit claims Rockmond was the only black male lead actor on the television show, and that his dismissal has severely damaged his career.

Dunbar also claims he submitted paperwork seeking both a religious and medical exemption for the coronavirus vaccine, and that 9-1-1 producers assured him they wanted him to stay on the show, and that his schedule would be adjusted to accommodate him as an unvaccinated actor on set.

But instead, Rockmond was barred from the set and told that his character’s storyline would show him leaving temporarily, with the possibility for him to return later down the road, the lawsuit claims, according to TMZ. 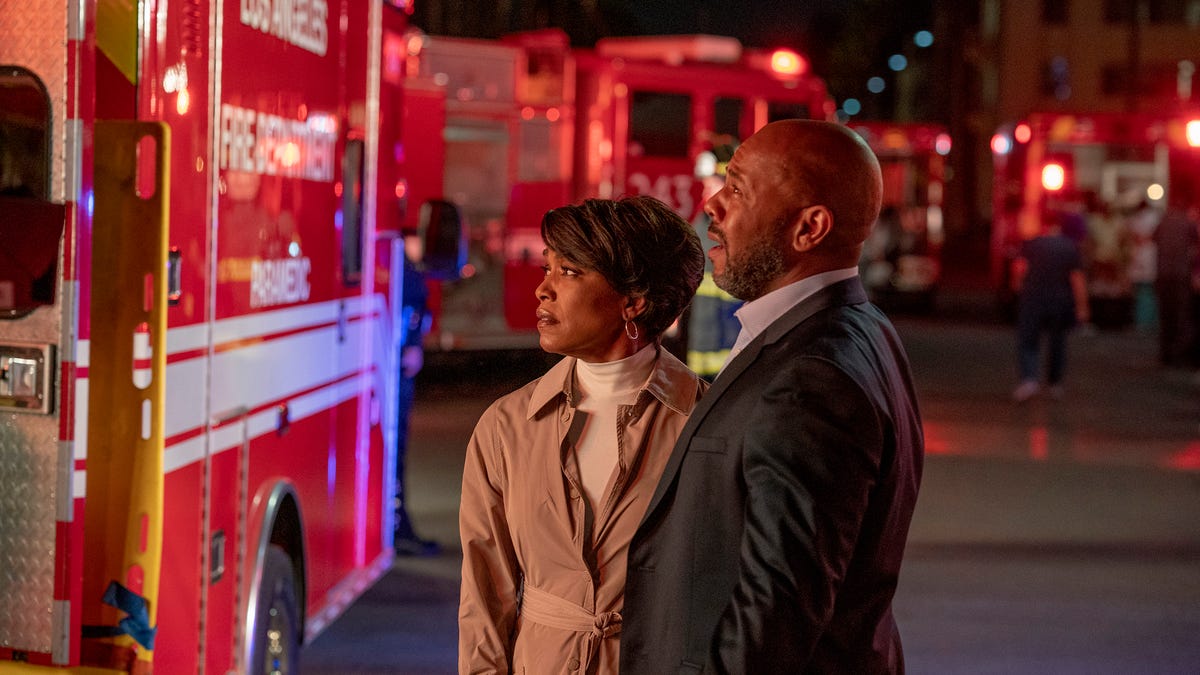 Angela Bassett and Rockmond Dunbar in the “Defend In Place” episode of 9-1-1 on FOX. Jack Zeman/FOX

The actor reportedly claims that didn’t ended up happening, and that Disney and 20th Century Fox instead retaliated by outright firing him, and also refused to pay him the hundreds of thousands of dollars he says he is still owed.

And it doesn’t end there. Rockmond also claims that in addition to the the studios refusing to accommodate his vaccine exemption requests, they also deliberately made it sound like he is an anti-vaxxer, which he said has essentially turned him into persona non grata in Hollywood.

The actor is now reportedly suing the studios for money, and is also seeking an injunction barring the studios from discriminating against anyone based on race or religion when it comes to their vaccination policies.

Rockmond is not the only actor to apparently fall under attack for being unvaccinated.

In November, General Hospital star Steve Burton confirmed to his fans that he had been fired from the ABC soap opera after refusing to comply with the network’s coronavirus vaccine policy.

Similarly, Black Panther actress Letitia Wright found herself facing backlash after simply posting a video critical of vaccines on social media. And in September, rapper Nicki Minaj ignited a firestorm of criticism when she expressed hesitancy to get the coronavirus vaccine in order to attend the Met Gala.