Actor Matthew McConaughey was spotted on Capitol Hill on Monday and Tuesday, after endorsing gun control laws in an op-ed in the Austin American-Stateman.

Had the chance to meet Uvalde native @McConaughey in DC today to discuss the horrific mass shooting at Robb Elementary as well as the larger problem of gun violence in America. We, like so many others, agree that gun safety reform is needed—I'll keep working to make that happen. pic.twitter.com/ckCAItzwrR

McConaughey in the Senate basement 🚨 pic.twitter.com/ogZyJ5zj6a

Award winning actor Matthew McConaughey, a Uvalde TX native, is dining tonight with a bipartisan group of lawmakers from the House and Senate to discuss gun violence prevention efforts.

The actor famous for wielding weapons in movies such as The Gentleman, Reign of Fire, and Sahara called for a number of gun control measures, arguing it was an “acceptable sacrifice “for supporters of the Second Amendment.

McConaughey also endorsed the idea of raising the age from 18 to 21 for Americans to purchase some semiautomatic rifles like AR-15s and AK-47s and go through a waiting period before they could acquire them. 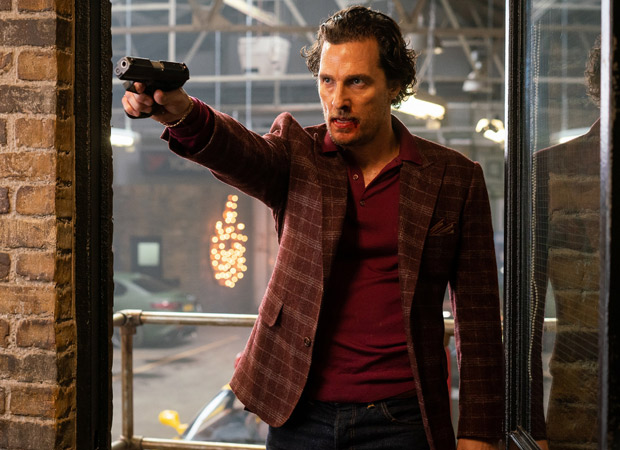 “It’s time for real leaders to step up and do what’s right, so we can each and all just keep livin’,” he concluded in his op-ed.

McConaughey describes his political views as “aggressively centrist” but has a history of supporting gun control.

In 2018, the actor spoke at the leftist “March for Our Lives” protest where activists demanded more gun control in response to school shootings.

During his speech, he called for a ban on what he described as “assault weapons” for civilians.

“This is a no-brainer,” he said. “And to my friends out there that are responsible owners of these recreational assault weapons that they use for recreation, please let’s just take one for the team here and set it down.”

McConaughey also called for restrictions on ammunition capacity of magazines for firearms and universal background checks.