Pop singer and Disney Channel star Olivia Rodrigo reacted to the U.S. Supreme Court overturning Roe v. Wade by trashing the high Court during her performance in England, and dedicating singer Lily Allen’s song “Fuck You” to the justices who sided with overruling Roe.

“I’m devastated and terrified that so many women and so many girls are going to die because of this,” said Olivia Rodrigo, who starred in the Disney Channel series Bizaardvark, of the notion that women will not be able to kill their unborn children as easily in a post Roe v. Wade America.

“And I wanted to dedicate this next song to the five members of the Supreme Court who have showed us that at the end of the day, they truly don’t give a shit about freedom,” the 19-year-old singer added, as she stood on stage at the Glastonbury music festival in England.

Rodrigo then declared, “This song goes out to the justices Samuel Alito, Clarence Thomas, Neil Gorsuch, Amy Coney Barrett, and Brett Kavanaugh. We hate you.”

While the “traitor” singer named off the Supreme Court justices, Allen could be seen displaying her middle fingers in the air. Rodrigo and Allen then performed the song “Fuck You.” 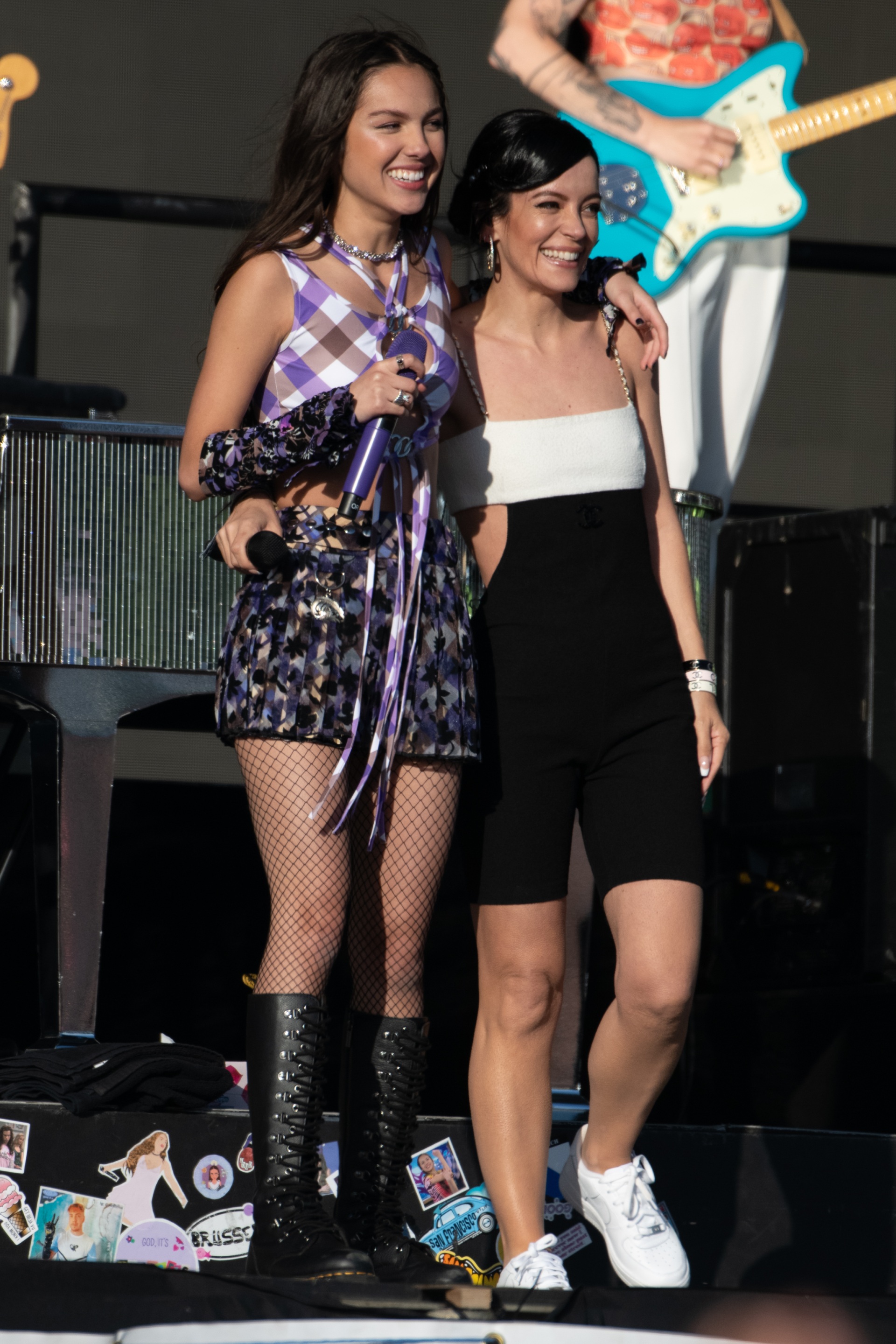 Olivia Rodrigo and Lily Allen perform on the Other stage during day four of Glastonbury Festival at Worthy Farm, Pilton on June 25, 2022 in Glastonbury, England. (Joseph Okpako/WireImage)

On Friday, the Supreme Court overruled Roe v. Wade on Friday, holding in the Dobbs case that the Constitution does not include a right to abortion and returning the issue of abortion laws and regulations to state legislatures.

Rodrigo is not the only celebrity to chastise the Supreme Court while on stage at the Glastonbury music festival in England over the weekend.

Pop star Billie Eilish reacted to the Court’s life-saving decision during her performance in England, declaring that the ruling meant a “really dark day for women in the U.S.”

Rodrigo and Eilish are just a few of the many celebrities having a public meltdown in reaction to the Court’s ruling.

TODAY,
TRUMPS RADICAL
(REPUBLICAN) SUPREME COURT,BECAME RESPONSIBLE FOR THE DEATHS OF HUNDREDS OF THOUSANDS OF AMERICAN WOMEN.THEY
CAN’T BE PROSECUTED, BUT MAKE NO MISTAKE…
“THEY ARE GUILTY”‼️
WHAT OTHER RIGHTS
(WE TAKE 4 GRANTED) ARE NEXT⁉️
BE AFRAID BE VERY AFRAID‼️

Comedian Billy Eichner also had his caps locks on while issuing a tweet attacking Christians in response to the ruling, exclaiming, “GET YOUR FICTIONAL HATEFUL BIBLE STORIES AND YOUR FAKE FICTIONAL RELIGIOUS BULLSHIT OUT OF OUR FUCKING LIVES. FUCK YOU.”

GET YOUR FICTIONAL HATEFUL BIBLE STORIES AND YOUR FAKE FICTIONAL RELIGIOUS BULLSHIT OUT OF OUR FUCKING LIVES. FUCK YOU.