Returning to the sensationalist shock-art that launched her to celebrity in the 1980s, the 64-year-old diva poses as the Mother of Sorrows for the cover photo, which depicts her heart pierced by seven swords, traditional iconography for the seven sorrows of Mary. 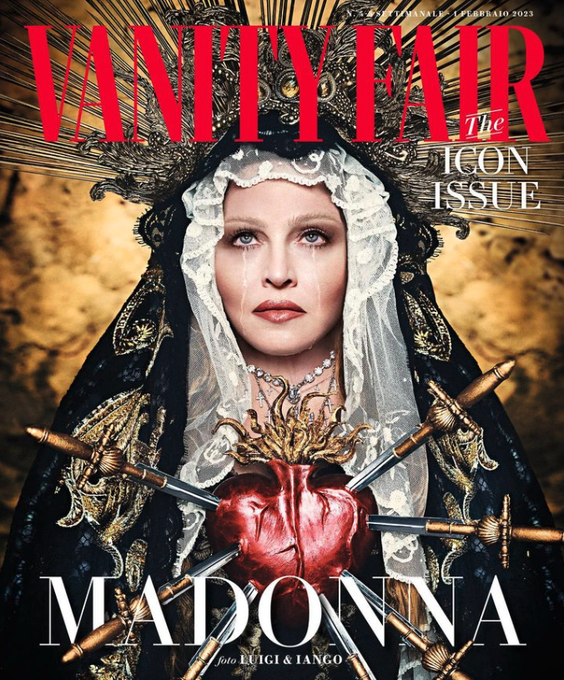 More disturbing still for many Christians, Madonna also poses three times as Jesus Christ during the Last Supper, surrounded by half naked women and holding up bread in apparent reference to the Catholic Mass. 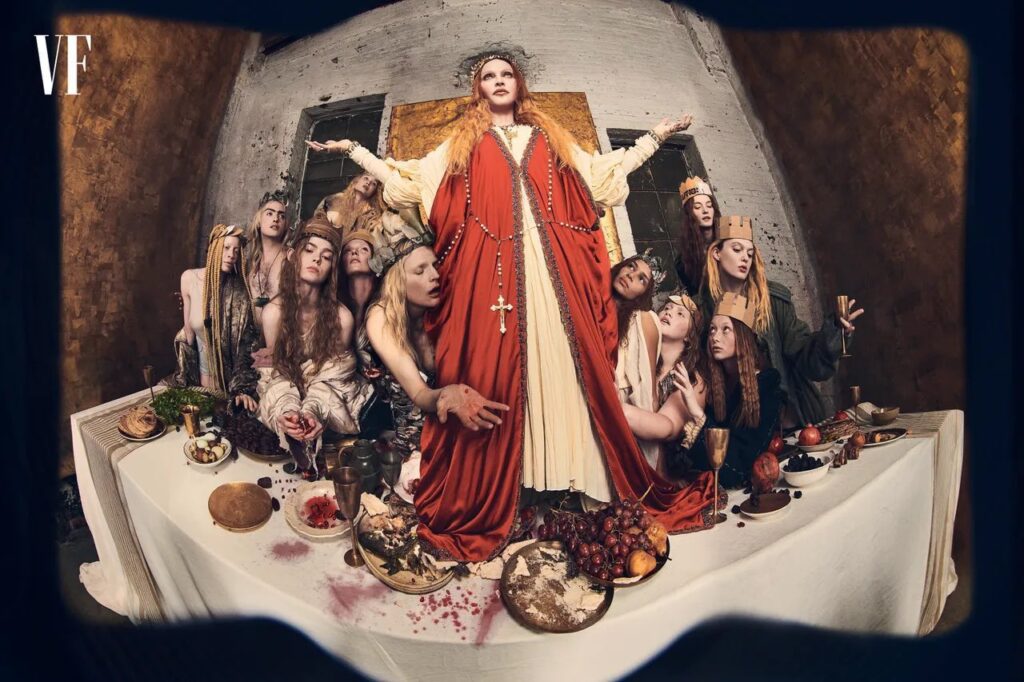 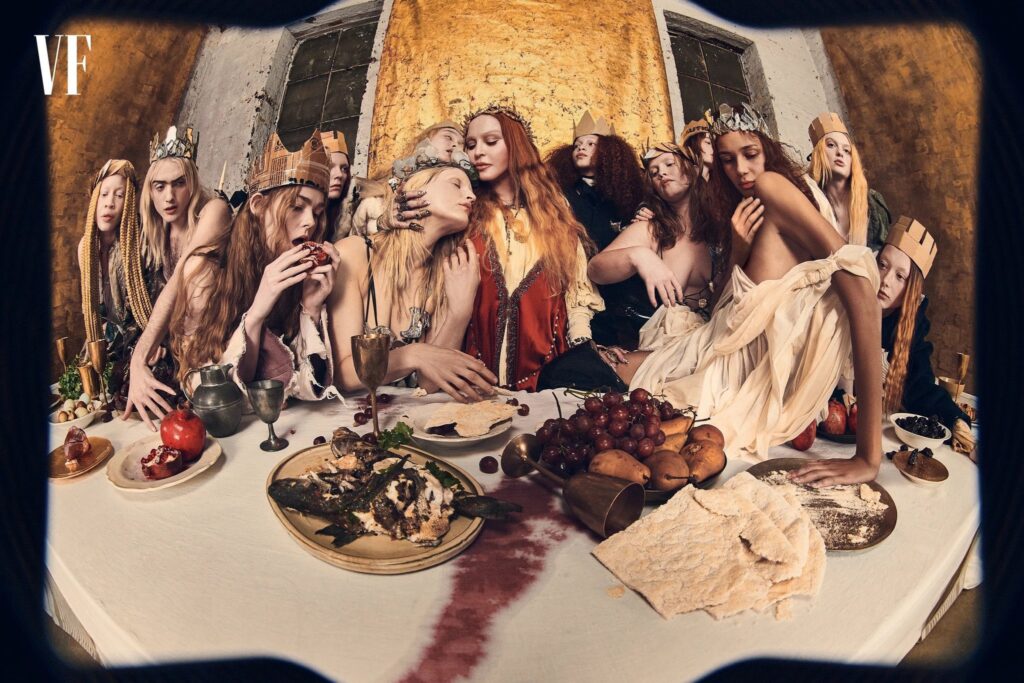 Madonna as Jesus Christ with Saint John in Vanity Fair. 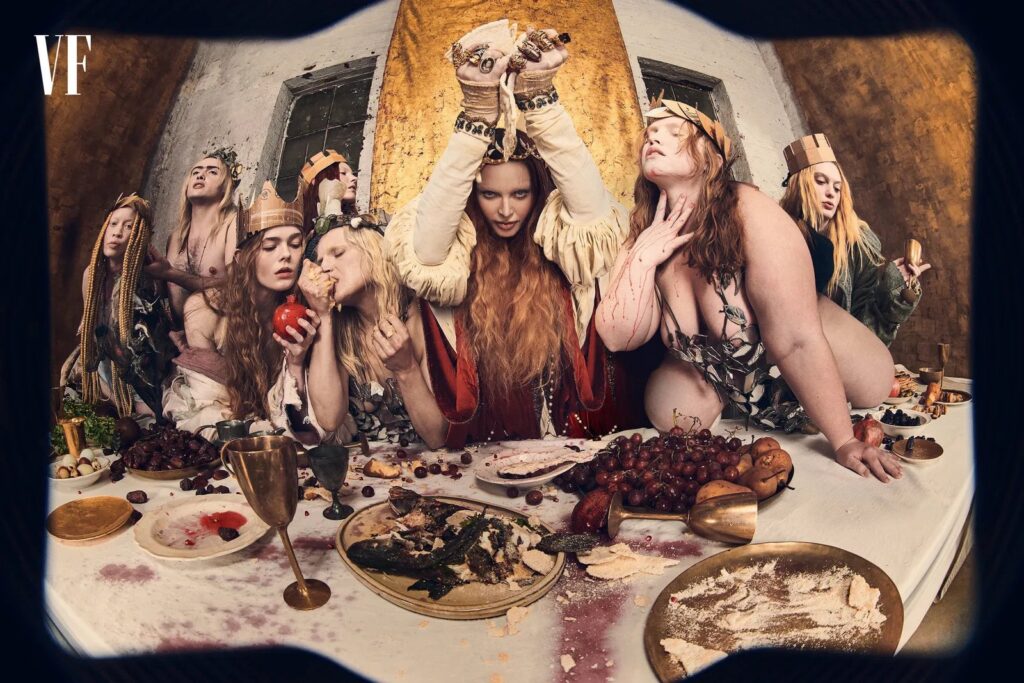 Madonna as Jesus Christ at Last Supper in Vanity Fair

In the accompanying interview, Madonna plays the role of victim of vicious attacks by the Catholic Church in which she was raised.

In Rome, “I was fiercely criticized by the Catholic Church,” she asserts, adding that while she was promoting In Bed with Madonna, she was astounded to see herself attacked by the Church, “because it incapable of understanding how much my work was trying to produce something good.”

“I quickly realized that they were the problem, not me,” she states. “They were the problem because they did not understand that my work as an artist united people, gave them freedom of expression, unity. It was the mirror of Jesus’ teachings.”

“In this very special issue, Madonna becomes Madonna again: an icon. Not just the embodiment of a musical trend or a style of dress, but a figure as disturbing as she is sacred,” said Olivier Bouchara, Head of Editorial Content for Vanity Fair France. 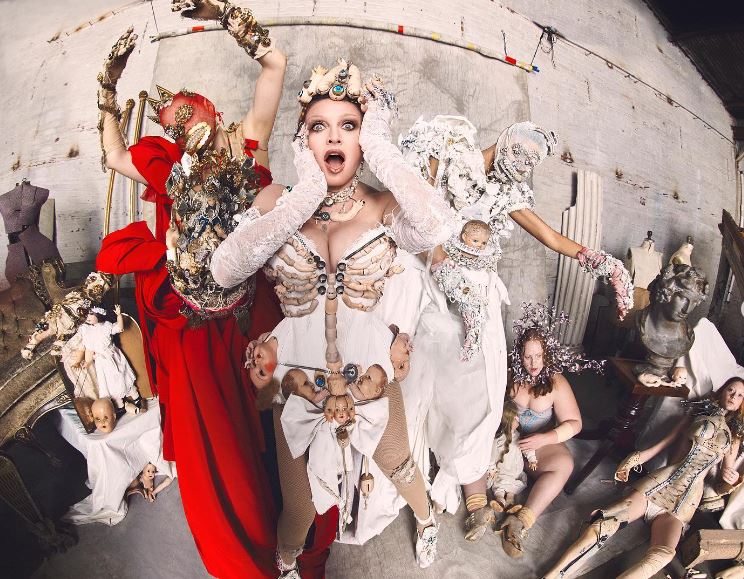 Madonna has made a career out of mocking her Catholic faith in various ways, from portrayals of Jesus’ crucifixion, to songs such as Like a Virgin, Like a Prayer, and Live to Tell, and her most recent photo shoot will come across to many as a tired, unimaginative retread of past excesses.

Early in her professional life, the pop star chose to make blasphemy her preferred stock-in-trade and when other gimmicks fail, she inevitably returns to the springboard of her celebrity.