CBS News has blamed “climate change” for abetting the Taliban in their rise to power in Afghanistan, insisting that global warming has forced farmers into debt and into the arms of the Taliban.

In a risible report that has been compared to spoofs in the Babylon Bee and the Onion, CBS News asserted last week that Afghan farmers struggle to maintain productive crops and thus have to borrow funds to survive.

“When Afghans can’t pay off lenders, the Taliban often steps in to sow government resentment,” CBS News declared in its airtight “gotcha” report.

“If you’ve lost your crop and land or the Afghan government hasn’t paid enough attention then of course, the Taliban can come and exploit it,” the article states, citing Kamal Alam, a nonresident senior fellow at the Atlantic Council’s South Asia Center. 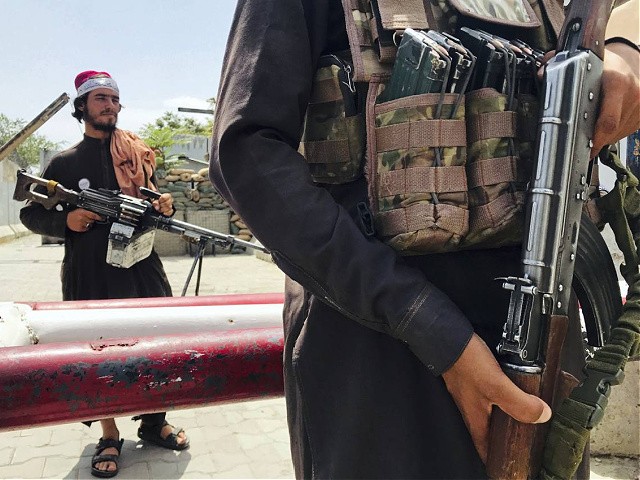 Taliban fighters stand guard at a checkpoint near the U.S. embassy that was previously manned by American troops, in Kabul, Afghanistan, Tuesday, Aug. 17, 2021.  (AP Photo)

CBS News does not bother explaining how “drought” and “flood-ravaged soil,” which have been a constant in Afghanistan for ages, are suddenly the result of “climate change.” They seem to assume that any weather-related phenomenon, no matter how commonplace, must somehow be related to global warming.

The article does make a stab at linking farmers’ woes to the weather, noting that in “the south and west, some areas have seen heavy precipitation events increase by 10 to 25% over the past 30 years.”

The World Bank, however, states that “[p]recipitation trends in Afghanistan varies [sic] by region, with few areas of the country registering statistically significant changes.”

A senior Taliban spokesman told the U.K.’s Sky News on Monday that the United States and its ally Britain will face “consequences” if they seek to extend their military presence in Afghanistan to ensure the safe evacuation of their citizens. https://t.co/czaemIRZSs

“Changes in precipitation patterns were observed between 1951–2010 across Afghanistan, including slight (<10%) reductions in mean annual rainfall across the west of the country, and less spring rainfall across all regions,” the World Bank declares (emphasis added).

Moreover, the United Nations Office for the Coordination of Humanitarian Affairs (OCHA) reported earlier this year that as of January 25, “cumulative precipitation for the 2020/21 season has been below average in most provinces.”

“Contrary to earlier forecasts, mean temperatures have been below average across most of the country from mid-November to early January 2020,” OCHA stated (emphasis added). 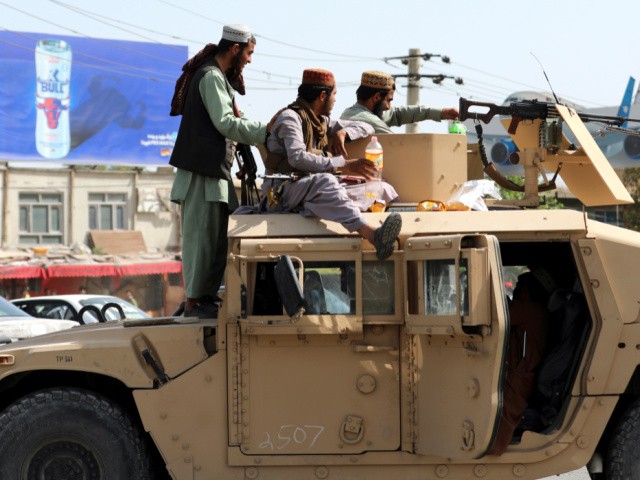 Taliban fighters stand guard in front of the Hamid Karzai International Airport, in Kabul, Afghanistan, Monday, Aug. 16, 2021. Thousands of people packed into the Afghan capital’s airport on Monday, rushing the tarmac and pushing onto planes in desperate attempts to flee the country after the Taliban overthrew the Western-backed government. (AP Photo/Rahmat Gul)

“Climate change has fueled terrorism and civil unrest elsewhere in the world,” it states. Boko Haram, for instance, “gripped water-scarce central Africa in 2017 as they gained footholds along the Lake Chad Basin” while the Islamic State “has taken advantage of agrarian communities suffering from extreme drought in Iraq and Syria.”

In its defense, CBS News is not the only entity attempting the Herculean feat of connecting Islamic terror to climate change.

In 2014, Charles B. Strozier, professor of history at the City University of New York, asserted that “environmental stressors and political violence are connected in surprising ways” and suggested driving hybrid cars as a way to thwart the Taliban’s war on girls.

“If more Americans knew how glacial melt contributes to catastrophic weather in Afghanistan — potentially strengthening the Taliban and imperiling Afghan girls who want to attend school — would we drive more hybrids and use millions fewer plastic bags?” Strozier asked rhetorically. “How would elections and legislation be influenced?”