Last week, Breitbart News revealed a secret video game journalist mailing list used by a clique of influential writers, editors, and bloggers, some of whom attempted to bully their colleagues with it in an attempt to shape the news agenda for political purposes.

We can today reveal the complete list of journalists, some 150 key industry figures, on the list. Outlets with representation span the entire video games journalism universe and include Polygon, Ars Technica, Wired, Eurogamer, Destructoid, Kotaku, Joystiq, TechRadar, and many other well-known brands in games publishing.

But they also include freelancers and staffers for publications as solidly mainstream as the Associated Press, CNBC, and USA Today, together with technology industry stalwarts such as Motherboard, owned by VICE, VentureBeat, and CNet.

Even more disturbingly, Tom Curtis, a marketing executive from game publisher Ubisoft, and Billy Shibley, a community manager for Destiny from Activision, are also present on the list, which begs the question why marketing managers are included on a mailing list for the journalists who are supposed to be writing about their employers.

On Thursday, we shared a series of disturbing messages from the GameJournoPros mailing list which demonstrated widespread ethical failures among some of game journalism’s most senior figures. The emails were evidence, we said, that video game journalism was in need of urgent reform.

This new information shows just how far-reaching the influence of GameJournoPros has been since the list was founded four years ago by Kyle Orland, senior gaming editor at Conde Nast’s Ars Technica. It suggests that readers have been right to worry about ideological co-ordination between journalists across dozens of different publications.

Although not all journalists on the list are implicated in allegations of collusion, and plenty of writers have been seen, in emails leaked to Breitbart, disagreeing with the activist tactics of their colleagues, their continued participation in the list leaves them open to influence by its more vocal, activists members, including Orland and Ben Kuchera, an opinion editor at Vox Media-owned Polygon.

Additionally, one list member, who was not the member who leaked the list to us and spoke on condition of anonymity, said this morning: “I don’t post but I do read it, almost religiously. And yes you do get affected by what Ben [Kuchera] and others are saying. After all they are big names. It makes you reconsider your choice of words and how you say things.”

This member list was supplied by a disaffected member of the group. We contacted Orland for comment, but he had not replied as we went to press. A small number of screen names, which could not be traced to their owners or whose ownership could not be conclusively verified, have been omitted. 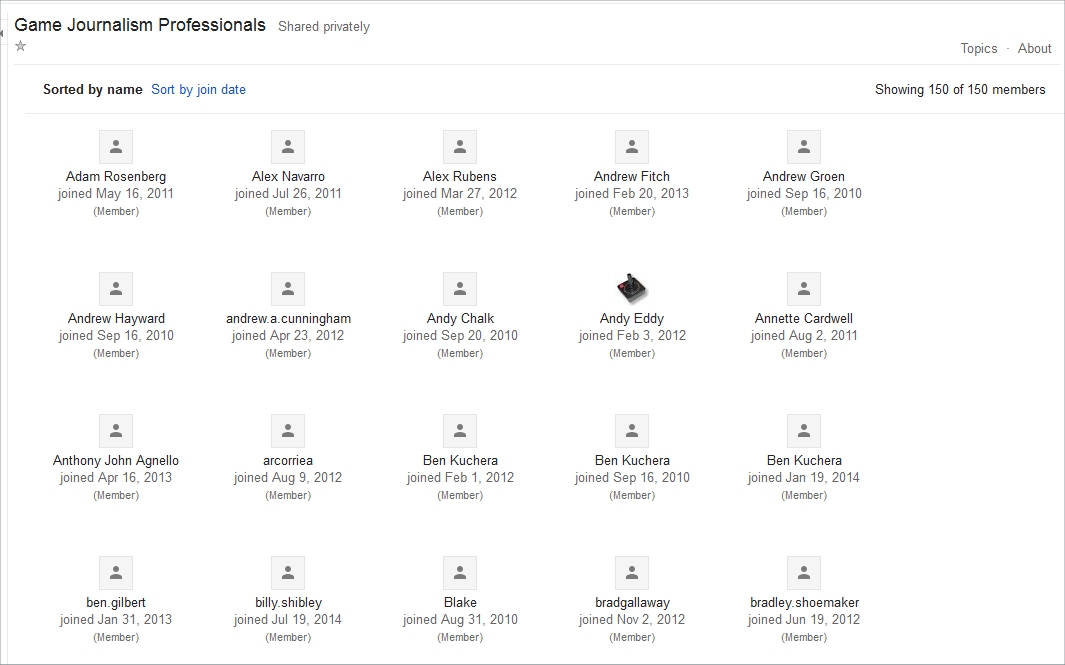 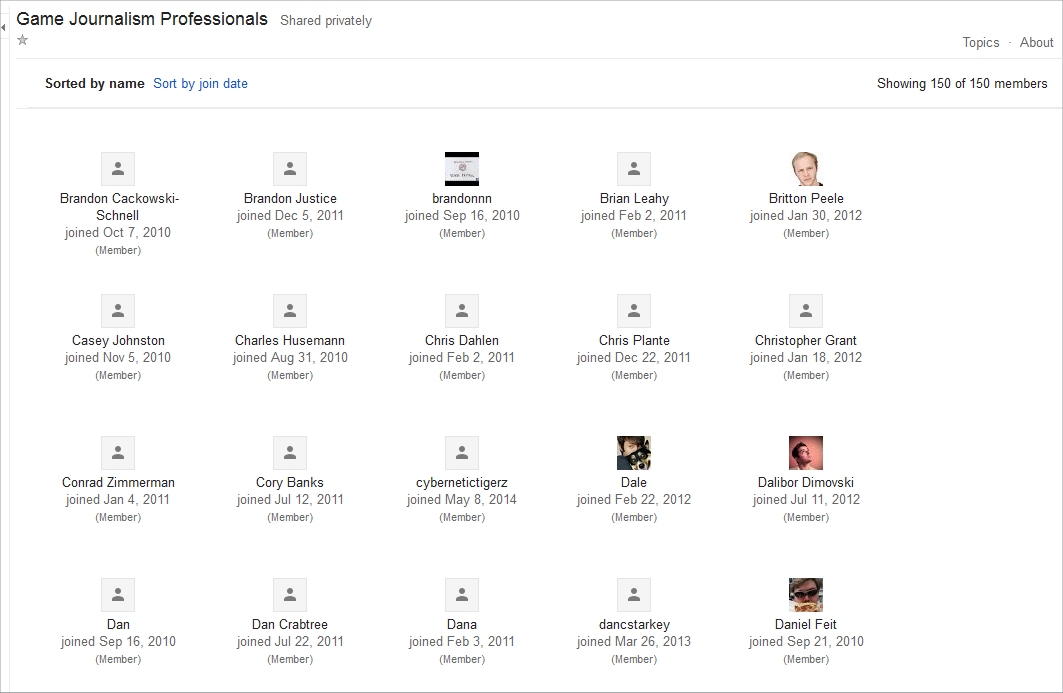 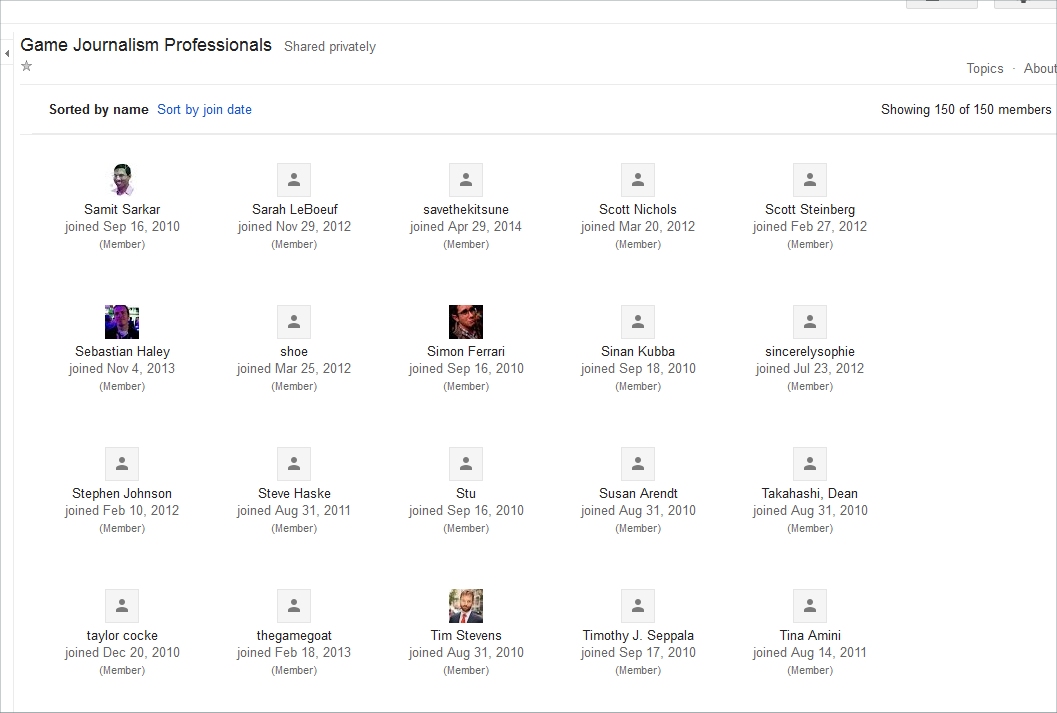 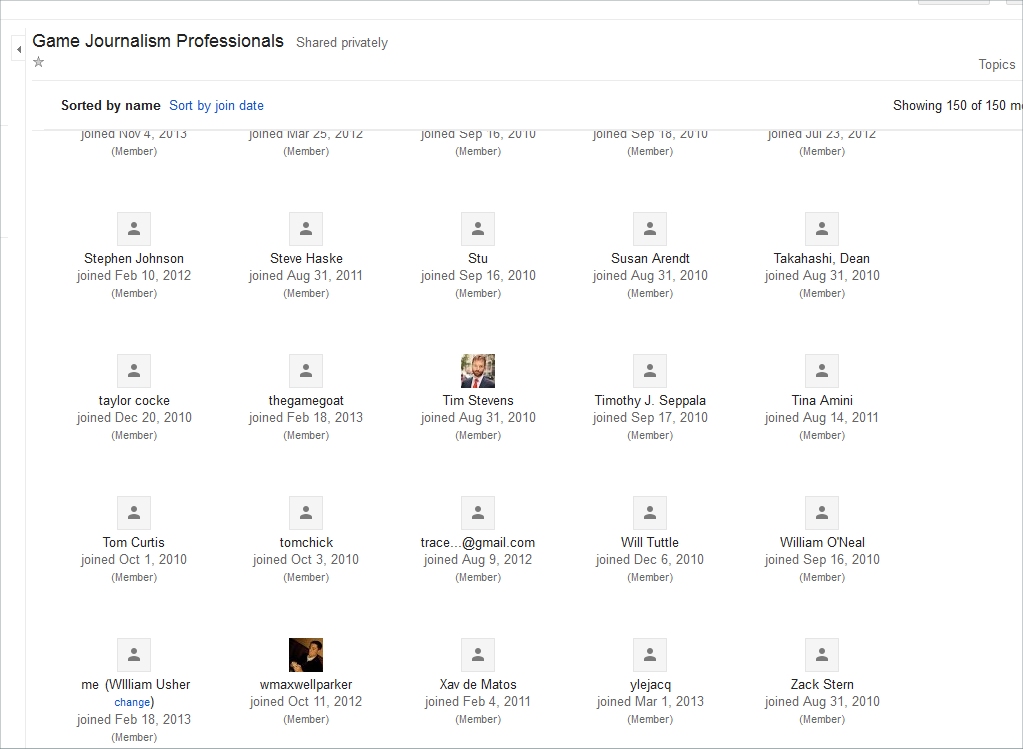