Whenever my wife sees a period drama on the telly she gets agitated if mistakes are made with matters equestrian. She is an expert on such matters . My father, an ex RAF pilot would get equally so if radio procedure howlers like ‘over and out ‘ were perpetrated by actors portraying military men.

In a similar vein, I fight the almost irresistible urge to put my foot through the screen when I see know-nothing TV presenters cross examine equally know-nothing wannabe chancellors on the economy, with the end result being that we, the audience, are only left in the know if we already knew!

Why on earth don’t the BBC do what Bloomberg or CNBC do and bring on guest interviewers who have expertise? There is no more point in Bill Turnbull interviewing Ed Balls on the UK economy than me interviewing my great Aunt Betty on heavy metal music. 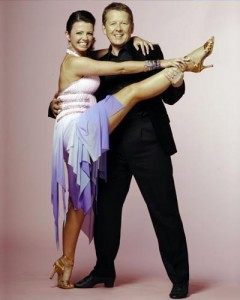 As we are going to have to endure another three weeks of this slapstick it might be a sound idea to put down some markers; an aide memoire for us military types, if you will,  for those who are supposed to be our eyes and ears in the press and media.

For a start, Gross Domestic Product (GDP) has nothing to do with wealth. All GDP measures is monetary activity in an economy; It’s component parts include government spending and quantitative easing ( that’s counterfeiting to folks like us). So if the government prints £350 billion, (it has) it goes into the GDP pot along with the £100 billion per annum in borrowing. This is the old Keynesian Theory of employing lots of chaps to dig holes and lots of other chaps to fill them up: the economy might look like it’s moving but nothing is actually being done. I will not bore everyone again here with the theory and history of money anymore than to reiterate money is not wealth but a medium of exchange.

Let me turn to national debt.

It is becoming increasingly difficult for the electorate to even conceive of the real numbers. After over 40 years in the city I cannot imagine what £1.4 trillion actually is and that is roughly our national debt.

We are told regularly, most recently by The Times, that our debt to GDP ratio is 80%. This is simply not true. If the UK government were a UK Plc they would have been sent to prison long since. Under International Accounting Standards they would, by law, be obliged to show public sector pension liabilities and private funding initiatives in the debit column along with, incidentally, plenty of other guarantees too many to list here. If this were done the UK GDP national debt ratio would be at least 180 %, not far off the Greek figures.

Moreover it goes up every day. For all this talk of ‘reducing the deficit’ we’ve been hearing from politicians on the stump, it still remains that there is still a deficit, which means the national debt is increasing. This is something these glossy telly folk never seem to pick up on.

Perhaps the ludicrous theory that deflation is somehow bad for ordinary people is beginning to wane, an invention of distressed central banks desperate to inflate away their staggering debt burden. The greatest historical economic advances in Europe and America have been supported by long mild deflationary periods. The idea of deflation being bad makes two futile assumptions, the first is consumption, rather than production, creates wealth. The second is that if this be true consumers delay purchases of goods in anticipation of lower prices. Only professional economists could come up with this sort of nonsense. Try to imagine this conversation in your family:

Young Tyke: “Dad, the car is falling to bits we need a new one”

Dad: “I’m waiting until Christmas it could be £150 cheaper.”

Mum:  “Don’t buy me a new mobile phone for my birthday on Sunday it could be cheaper at Easter. I don’t want a present to open on the day itself.”

Grandma: “We need another loaf and some orange juice.”

Grandpa: “I’m waiting until next month as the prices are falling.”

Auntie Enid:  “The car’s nearly empty, can you go to the fuel station?”

Uncle Bob: “I’m not filling up until next month, petrol should be down 5p a litre next week.”

You get my meaning.

In this entire campaign I have not heard a single politician be called to account on the mind boggling debt we are bequeathing to our children, more recently at the expense of buying the ‘grey vote’ by promising triple locks on pensions or jet powered mobility scooters.

Another piece of appalling nonsense which goes almost unchallenged is a new or increased tax will raise extra money despite even your average A-Level economics student knowing that tax rises are contractionary fiscal policy i.e they shrink the size of the economy. Yet politicians extrapolate a 5% increase in tax with a commensurate increase in revenue. This almost never happens; indeed  history shows increases in tax usually reduce the tax take. Over a certain amount people or corporations simply go –  just read Jim Callaghan’s biography, or indeed Roger Moore’s, Michel Caine’s or any 1970’s film star. 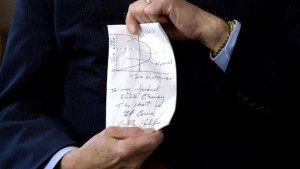 We must also address the growing confusion in the minds of politicians and journalists between tax avoidance and evasion. Evasion is illegal whereas avoidance is the moral duty of a board of directors to their shareholders or of a parent to their children. In short, they are not the same.

The only way to even start reducing the national debt is to have no deficit at all .That means zero deficit now, with a serious view to debt reduction which would need our next Chancellor to run a budget surplus.  Political parties should be going to the country in May, explaining in detail how they intend to slash public spending by £80 billion per annum. When did you hear that question from any interviewer? Yet all they do, goaded by telly morons is commit to ever greater spending . Clearly in another 5 years time the debt will have increased by another 50%.

The UK is not, of course, alone in this long leap into the abyss, but somehow I feel little comfort in this. We will all have to face this one day but the longer we leave it the worse it will be. Let public sector broadcasting step up to the plate, this might start with employing some people who understand the coming crisis. Not a lay presenter, briefed by a junior producer an hour earlier with questions to a lay politician briefed by another lay politician over a late night curry in Notting Hill.