Boris Johnson has joined a campaign mounted by a group of senior politicians who want to see Lord Janner prosecuted for alleged sex abuse after the case was dropped for the second time. The Labour Peer was first accused of abusing young boys in 1991 during the trial of a notorious paedophile, but no action was taken.

Earlier this month Janner was once again spared court, this time because he was deemed too sick with dementia to understand the case. He had requested a leave of absence from the House of Lords just 11 days before the decision. By taking the leave he can return to the Lords with three months notice, rather than retiring altogether which would have removed him altogether. 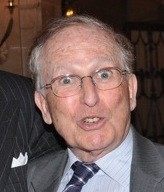 Last week the Director of Public Prosecutions, Alison Saunders, dropped the case against Janner even though it had passed the “evidential test”. She claimed the dementia made him impossible to prosecute, although at least 19 other alleged paedophiles with dementia have been prosecuted.

Also Lord Janner himself had called for the prosecution of an elderly man who was accused of crimes against humanity during the holocaust.

This led a group of former MPs, who are re-standing for their seats, to write to The Times to complain. They were led by the Labour’s Simon Danczuk, who was instrumental in exposing the crimes of Cyril Smith.

The letter said: “We were encouraged last year by the commitment from the director of public prosecutions, Alison Saunders, to pursue justice for sexual abuse victims whether their cases were ‘30 days or 30 years old’.

“She stated the public would be horrified if she did not do this — yet she has decided not to put Lord Janner of Braunstone on trial for alleged historic child abuse. Have we learnt anything from the mistakes of the past?

“As long as justice is not seen to be done and the greater public interest is not served, the public will see attempts to investigate establishment figures involved in historic child abuse as a whitewash… Mrs Saunders must recognise this and immediately reverse her decision — or look at other routes to providing justice.”

Along with Danczuk the letter was signed by Tracey Crouch (Conservative), Jim Shannon (DUP), Mark Reckless (UKIP) and eight others.

Boris Johnson backed the letter, telling LBC: “I think it’s very important that nobody should be under any impression Greville Janner has had an easy ride from the CPS or has been in some way allowed to escape justice.” Despite the intervention of the politicians it is unlikely Saunders will reverse the decision.