An apparently skilled labourer turned his hand to creative vandalism in the German city of Hamburg this week, bricking up an S-Bahn train door while it was stored in a siding.

German authorities have not revealed whether there was a political motive or if the bricklayer was inspired by notions of art. They have revealed the eight courses of blocks installed in the doorway caused €10,000 worth of damage. Motive aside, the perpetrator was certainly determined; performing the act would have involved scaling a high fence with the building materiel to gain access to the carriage.

Most remarkably of all, the unofficial modification was not noticed when the train first entered service on Tuesday afternoon. The set made it all the way to the west of Hamburg before the wall was reported and the train taken out of service.

The rail yard in which the set was kept during the attack was unguarded and there is no CCTV footage of the perpetrators. With no leads to follow, Hamburg police are said to have hit a brick wall in their investigations. 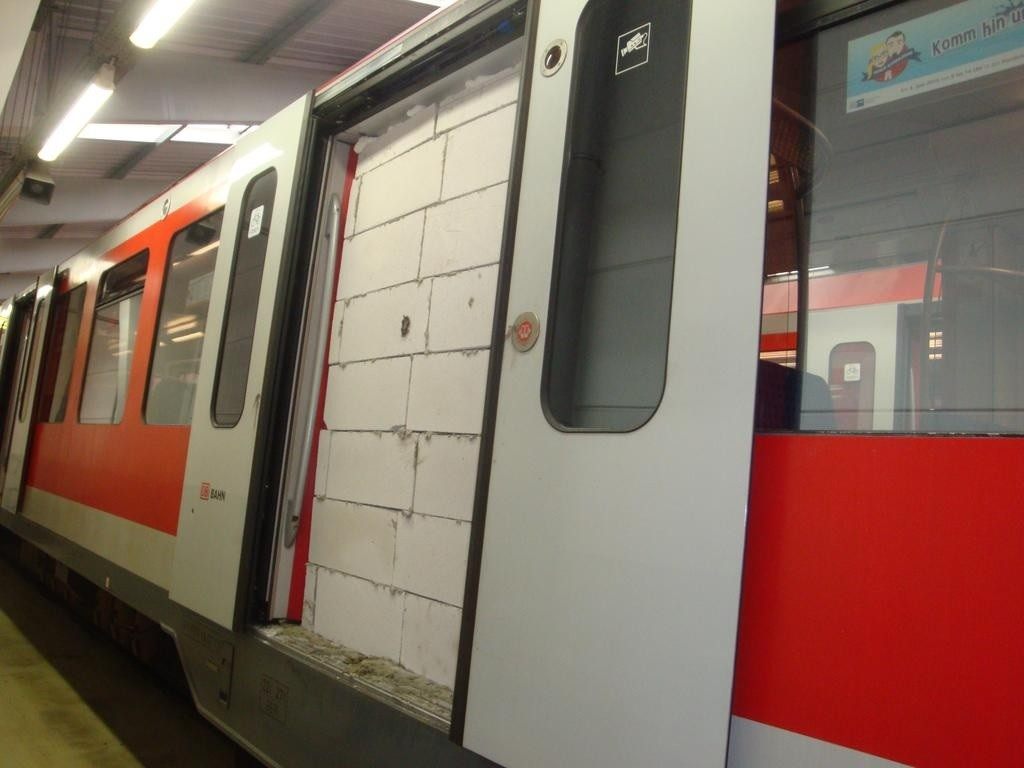