LONDON, United Kingdom – The bells of St. Paul’s Cathedral rang out under a heavy sky and a circulating helicopter announcing a special service of commemoration to honour victims of the terror attacks of 7 July 2005. Family and friends of the murdered joined the Prime Minister, Prince Andrew, Princess Ann, Boris Johnson, senior police officers and various MPs to mark the 10th anniversary.

The police presence was heavy and several tourists and members of the public were vigorously searched as part of the heavy security screen. The overall mood approaching the minute of silence at 11.30 was one of quiet defiance and respect for the 52 people who died and hundreds left injured in the four explosions on London’s transport network a decade ago. 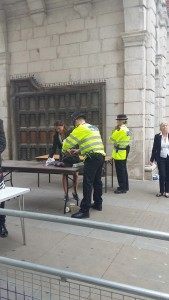 London stood still to remember those lost, celebrate the heroes who came to help and send a message of unity and resilience to the terrorists who remain, undoubtedly, in our midst. 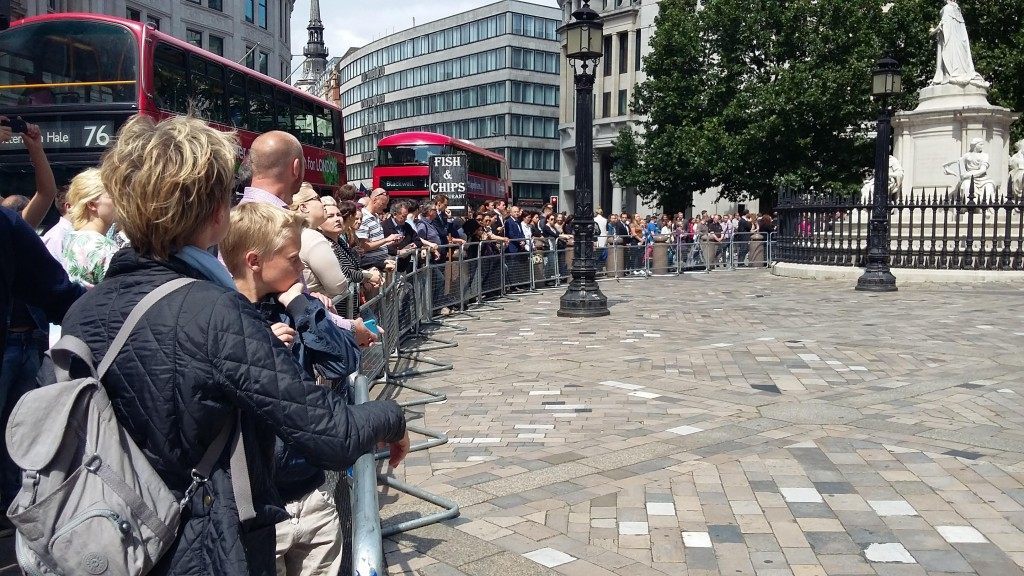 Shortly after the silence, Breitbart London spoke to David Brown (pictured below), a Londoner in the crowd who was at home on the day of the attacks. 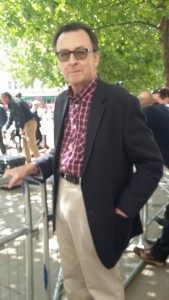 “I got up, turned the TV on and it was all happening… [I was] pretty upset, pretty gutted. I still am. I just came up here today to pay my respects.

“I think we [Londoners] did really well [in the aftermath]. Immediately there was a website which came up [called] “We’re Not Afraid” and thousands of Londoners – well, English people – signed up to it. And the next day on the Tube people were still traveling.

“I think London has gone through a lot in the last 60 or 70 years, and it was just another thing that we’ve got to get on with.”

When asked about the security situation today, he said: “I think our police and security services are doing everything they can, but I’m pretty certain something is going to happen at some point.”

Another Londoner in the crowd suspected that “we are all now under surveillance, and probably for the best.”