Hungary effectively sealed its border with Serbia on Tuesday to stem the massive influx of refugees, as EU ministers failed in an emergency meeting to agree on sharing the migrants around the bloc.

Budapest’s move came after Austria and Slovakian authorities followed Germany’s lead in reimposing border controls, a further blow to Europe’s cherished passport-free Schengen Zone as the continent grapples with one of its biggest migration crises since 1945.

But on Tuesday morning, an AFP correspondent said that this official entry point was also closed, leaving several hundred migrants queueing with no apparent hope of entering the EU member state.

“The border was shut and has yet to re-open,” said UNHCR spokesman Babar Baloch from the border. 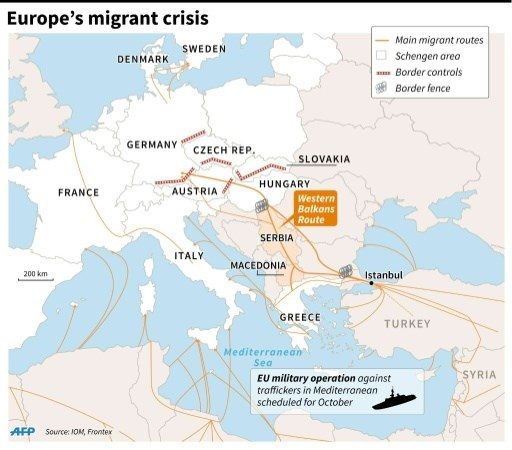 “Our staff do not have access, and the Hungarian authorities have not let us know about any schedule they have for re-opening the border,” he added.

The closure came as harsh new Hungarian laws came into effect criminalising “illegal border-crossing” with up to three years in prison.

Hungary, which has seen some 200,000 migrants enter the country this year, is also building a controversial fence four metres (13 feet) high along the 175-kilometre (110-mile) border with non-EU Serbia.

On Monday, Austria and Slovakia said they would copy economic powerhouse Germany — the main destination for migrants — in reinstating frontier controls.

The move caused long traffic jams on the Germany-Austria border and major disruption to rail services. 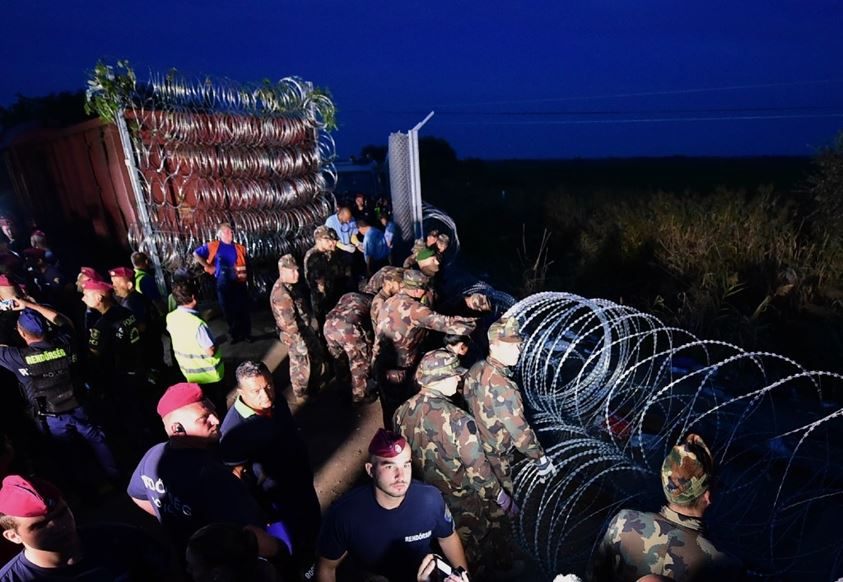 Poland said it was considering similar steps while the Netherlands said it would have “more patrols” on its frontiers.

EU states can impose temporary controls for security reasons under the Schengen treaty but there are fears the very ideal of a borderless Europe could collapse.

Meanwhile, under-pressure EU ministers failed to reach unanimous agreement on a plan to share out 120,000 refugees and ease the burden on frontline states — Hungary, Greece and Italy — from the tide of people fleeing war zones such as Syria and Afghanistan.

“We did not have the agreement we wanted,” EU migration commissioner Dimitris Avramopoulos said after the emergency meeting in Brussels, adding that they hoped to reach a deal in October. 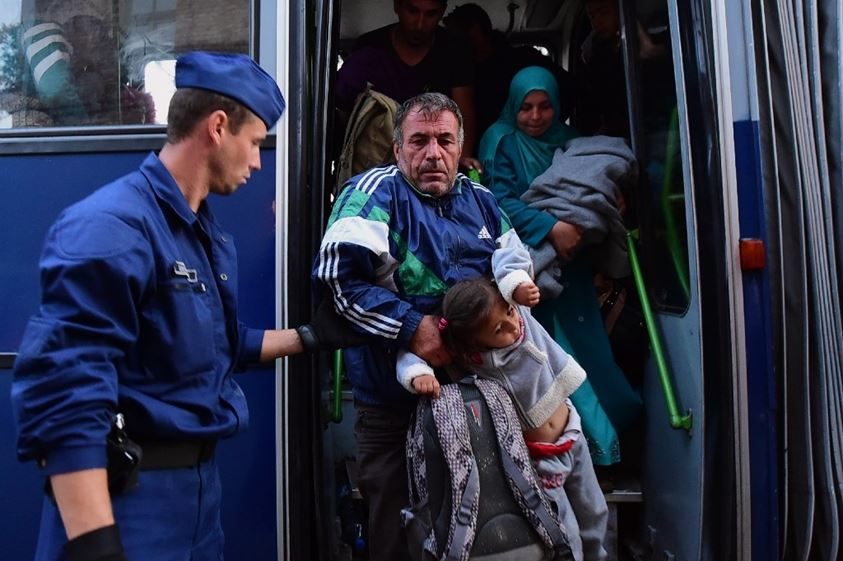 But the crisis is moving faster than the 28-nation EU can handle, with more than 430,000 people having crossed the Mediterranean to Europe so far this year, 2,748 dying, and more coming every day.

Germany on Tuesday ramped up the pressure, saying that EU aid could be cut from member states that refused to take their share of migrants.

Hungary is on the front line of Europe’s crisis, with migrants travelling up from Greece, which people have reached in boats operated by often profit-hungry human traffickers. 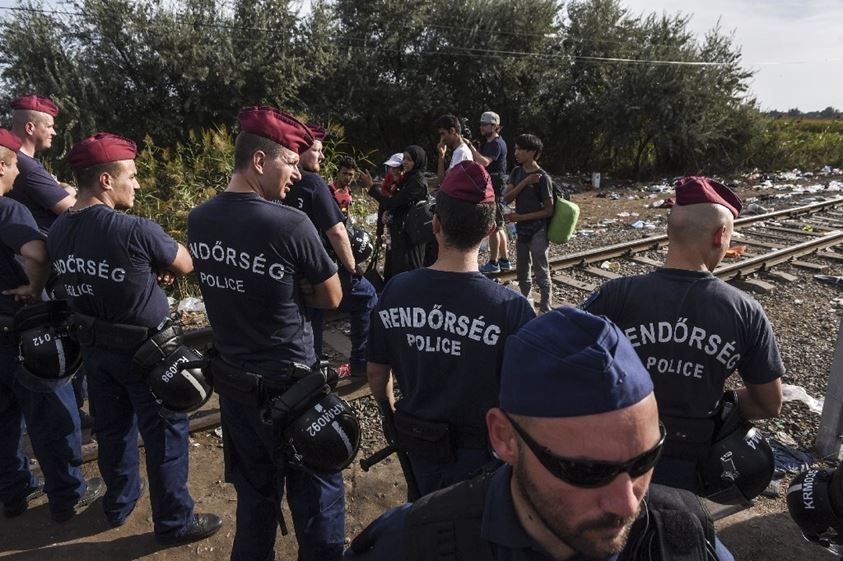 Again underscoring the danger of the voyage, 22 people including at least four children were feared drowned when their boat from Turkey to Greece sank in international waters.

From Greece, migrants travel up through the western Balkans and enter Hungary, most of them seeking to travel on to Germany via Austria which saw around 20,000 new arrivals on Monday.

Hungarian police claimed that a record 9,380 people entered Hungary on Monday, mostly before the controversial new measures came into effect and almost twice the record of the previous day.

This however did not chime with information from AFP reporters at the scene, who saw far fewer migrants at the border than previous days.

Those who made it through the border before it shut were taken by bus to a train station at the border town of Roszke and loaded on to trains.

Unconfirmed reports suggested they were being taken to the Austrian border.

Other countries are now feeling the strain too, with German vice Chancellor Sigmar Gabriel saying there were “many signs that Germany this year will take in not 800,000 refugees, as forecast by the interior ministry, but one million.”

Divisions were rife over the plan unveiled last week by the European Commission — the EU’s executive — for binding quotas to redistribute 120,000 refugees.

Hopes of a unanimous deal collapsed in the face of opposition from Hungary, the Czech Republic, Slovakia and Romania at the crisis meeting in Brussels, officials said.

“There was no consensus, several countries disagreed,” Slovakian Interior Minister Robert Kalinak said, adding it was “crucial” for EU leaders to have a special summit on the issue.

However, the EU ministers did formally approve a plan first aired in May to relocate 40,000 refugees.

They also approved plans for military action against people smugglers in the Mediterranean, seizing and possibly destroying boats.