MALMO, Sweden – The suburbs of this multicultural paradise offer a strange mix of massive government investment and obvious neglect.

Visiting Rosengård, one of the most notorious ‘no-go-zone’ suburbs of Malmo, where automatic weapons are used to settle gang disputes and ethnic Swedes dare not to tread, the Police station seems a logical first port of call when trying to get the full story. Newly built after the old station, an office in the estate’s sports centre was found to be insufficiently bullet and bomb proof, the building is a colossal slate-grey fortress of sharp modern design. 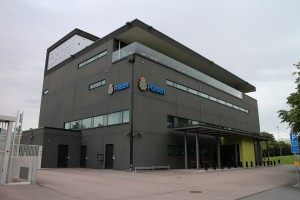 With 12-foot high security fences and bullet-proof airlock style doors, the European Union funded station is a massive sign of intent for a force that is meant to keep order on the streets. The obvious give-away that this is more an aspiration than a reality is the station is completely abandoned, save for the receptionist who apologises and explains: “the boss is in Paris today”.

Walking the streets of Rosengård for several hours afterwards, there is not a single police officer to be seen anywhere. Although Sweden’s chief of police declared a surge of officers would be sent to the city to improve the situation, they remain stubbornly invisible, to residents and visiting journalists alike.

Making their way through a bag of sunflower seeds as a snack, a group of young men sit in the shadows of the station talking. Although they request not to be photographed, 20-year-old Turkish origin man Cullo is happy to go on the record to insist there is no crime in Rosengård, and that stories of bombings and shootings are confected by the police to demonise immigrants.

“Sweden is the most racist country in the world”, he explains, and warns against visiting the large housing estate across the road. “We’re at war with the blacks there” Cullo says, “because I stole one of their bikes”. In his opinion, they are the worst racists of all. 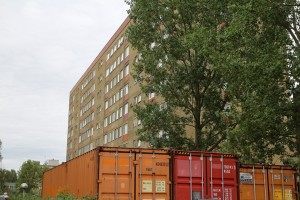 Within moments of crossing the threshold to the estate, a group of kindergarten-age children start running from the playground and shout in Swedish “go away policeman!”. No amount of insistence will persuade them of the difference between Breitbart and plain clothes detectives, but they soon run away laughing to themselves, satisfied they have done their work well.

The whole estate in fact is populated by unattended young children playing in groups. The only adults visible anywhere congregate in groups on street corners and engage in brief transactions with passing cars. They resist efforts to be interviewed and become angry when their offers to buy cocaine and hashish are refused.

Malmo is one of the most heavily subsidies cities in Sweden, with the highest ratio of inhabitants to public payroll employees and large numbers of people in receipt of state benefits. Rosengård is clearly an area which is having a significant amount of that government money poured into it, yet the many improvements appear to go unheeded by residents. A vast new ‘sports and culture association’ building with playing fields and running track, and church complex are much like the police station – large, expensive, and empty.