The political party Justice for Men and Boys held a protest outside Parliament today against the practice of circumcision, or as they labelled it, “male genital mutilation” (MGM) which is a “barbaric illegal human rights violation”.

Today is International Men’s Day, and the obscure political party decided that the most pressing issue facing men in the modern world is circumcision – the removal of the foreskin of the penis.

Signs on show at the anti-circumcision protest read, “stop the chop”, “circumcision without consent is assault” and “children’s rights not parents’ rights”.

Circumcision is considered a birth right in Judaism, and is one of the most ancient practices of the faith.

Abraham is purported to have been circumcised and the circumcision of male children is mentioned in the Old Testament books of Genesis and Leviticus.

Some health professionals recommend it for non-religious, hygiene and health reasons.

However, the Justice for Men and Boys party claim that “the default position of the criminal law is that circumcision is a crime and it requires a parliamentary override to stop it being a crime” and “carrying out MGM is a criminal offence.”

“Theresa May MP, Home Secretary, has declined to respond to our FOI [freedom of information] request, which asked why the police aren’t prosecuting people who carry out non-therapeutic circumcision of male minors (Male Genital Mutilation – MGM), when the procedure is unquestionably illegal.”

The write that the “key objective” of today’s protests “is to make ourselves (and in turn our messages on MGM) visible, and to once again distribute large numbers of leaflets to members of the public.”

He also claimed that it, “removes over ninety per cent of the nerve bearing flesh of the penis; it’s entire purpose is to reduce the sexual pleasure of men in later life”, he said. 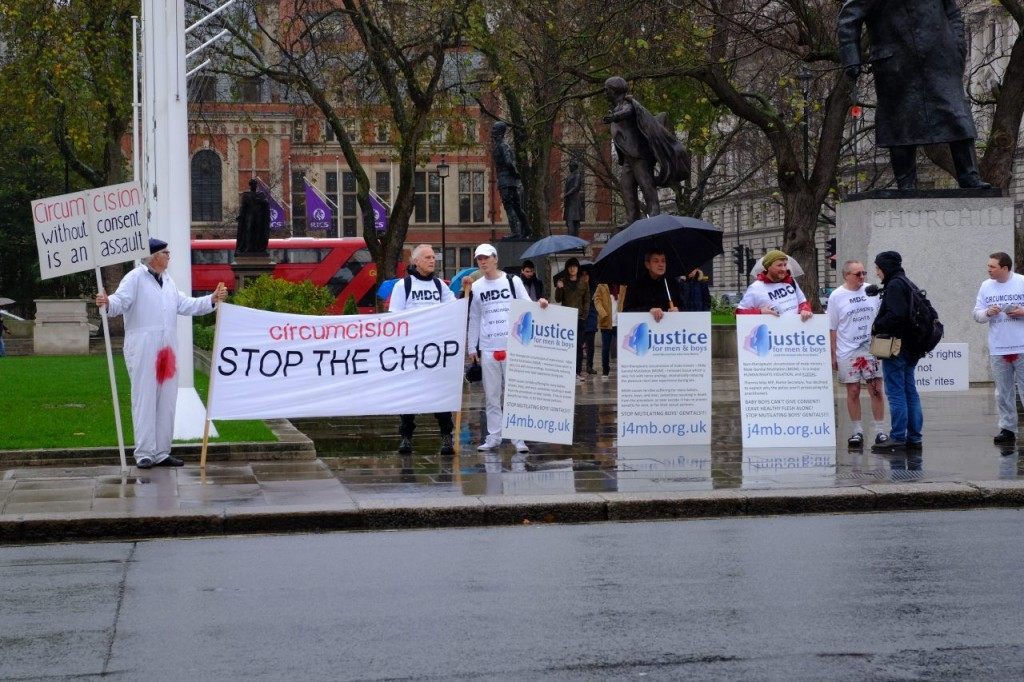 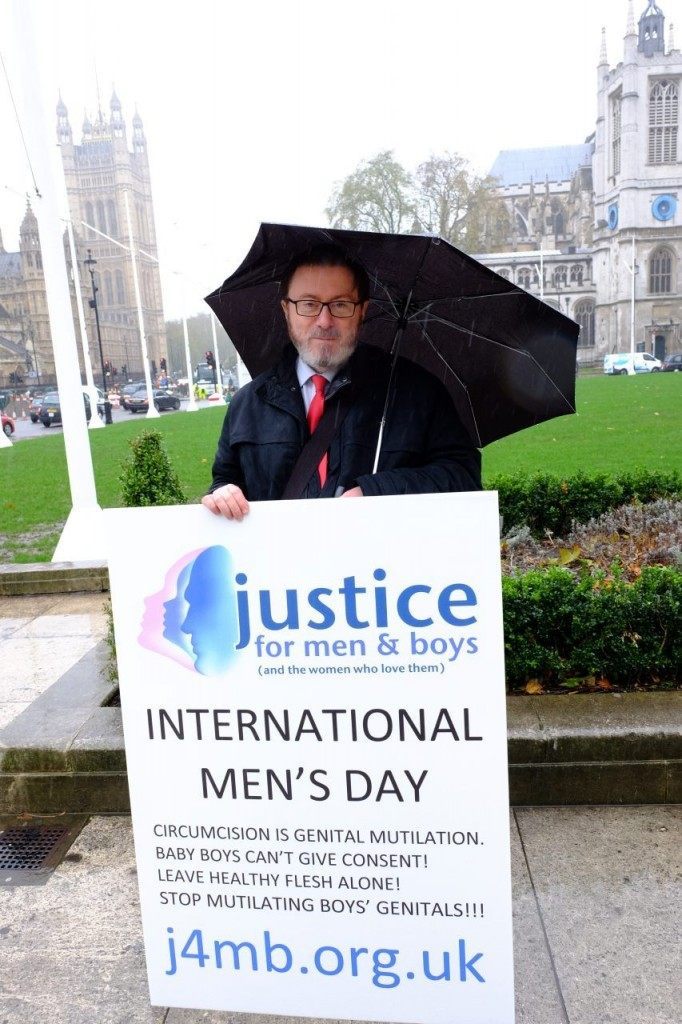