A teenage girl has become the first British citizen sent to prison for attempting to join the fight against the Islamic State. The young Kurdish women was convicted on “terrorism” charges because she wanted to “protect” all ethnic groups and “women” from IS terrorists.

College student Silhan Ozcelik, 18, was a long time supporter the Kurdistan Workers’ Party, and was convicted of “preparing” for  “terrorism” and for attempting to join their armed wing, the PKK. She left a video and letter for her family and travelled to Brussels.

The PKK is listed as a terrorist organisation by the European Union and NATO, but not by the UN, India, China, Russia, Switzerland and Egypt.

The group has been blamed for a number of terror attacks against the Turkish state in the 1990s as they fought for Kurdish independence. More recently, however, they have emerged as the most powerful and effective group in the fight against the Islamic State.

For attempting to join them, Ms. Ozcelik of Highbury North London, was found guilty of “engaging in conduct in preparation for terrorist acts” and sentence to 21 months behind bars.

In the 25-minute video, recorded in Turkish, she said her struggle was “not just for the Kurdish people”, but for all people and for “all women” who are being killed, raped and enslaved at the hands of Islamic State terrorists, the Evening Standard reports. 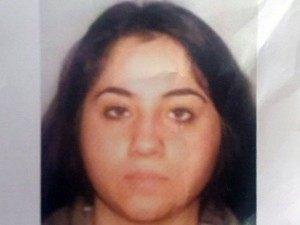 Ms. Ozcelik had been following shocking events in Kobani, Syria, during Islamic State massacres there the court heard.

She added in the letter: “Believe me this is the right thing for me to do. I am so happy right now that I have become a militant.”

She dropped out of college and four months later travelled to Brussels on the Eurostar train with a one-way ticket. She was arrested at Stansted airport this January, as she returned to the UK after failing to reach Kurdistan.

In here defence Ms. Ozcelik argued that she had lied to her family in the letter and video and had actually gone to see a boyfriend in Brussels.

She told the court: “In the Kurdish community, if you say I’m joining the PKK, everyone will look up to you, they’ll respect you. If you say you’re going off with a boy, the situation changes.”

Judge John Bevan QC rejected a plea for a suspended sentence and sentenced Ms. Ozcelik to 21 months in prison. He said: “You are stupid, feckless and deeply dishonest young woman. You have lied to your family and this jury.”

Asked if she regretted her actions, Ms. Ozcelik said: “Yeah I regret everything – it’s caused trouble for my family and everyone else.”

Commander Richard Walton, head of the Met’s Counter Terrorism Command (SO15), said: “We continue to remain concerned about the number of young women and girls being drawn into all forms of terrorism.

“We urge parents and families to talk to us at the earliest opportunity if they have concerns about any girl or women being enticed into supporting terrorist groups like the PKK or Isil.”

At the beginning of this month students at a London university banned an alumnus from speaking about his experiences fighting Islamic State with the YPG Kurdish group, because they did not want to “encourage” others to go and fight against IS terrorists.