The Mayor of Cologne has suggested that local women observe a “Code of Conduct” so that they can avoid a repeat of New Year’s Eve when dozens were molested, mugged and, in at least one case, allegedly raped by an organised gang of around 1000 migrants from the Religion of Peace, Harmony and Social Cohesion (TM).

Mayor Henriette Reker – who has cautioned against blaming migrants for the attacks – has said on television:

“The women and young girls have to be more protected in the future so these things don’t happen again. This means, they should go out and have fun, but they need to be better prepared…”

Today at Breitbart we offer a sneak preview of the kind of “code of conduct” this impeccably progressive mayor might have in mind.

1. Dress modestly at all times

It is an Islamophobic myth that covering your hair – or better still, your entire face – is in any way demeaning to women. On the contrary, it can send out a strong, empowering signal that you refuse to be defined by traditional, oppressive male notions of beauty – as these recommended outfits clearly demonstrate… 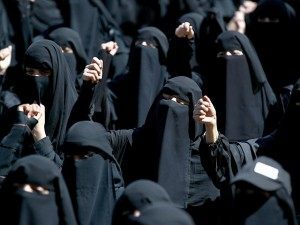 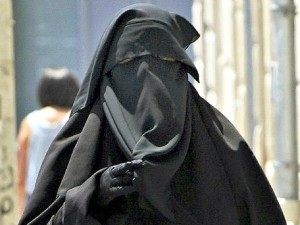 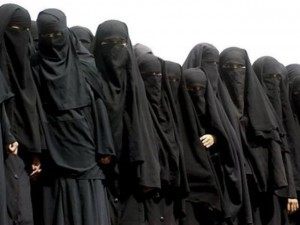 2. Rape is not always rape

Remember, in the West rape is only rape under certain conditions: if the attacker is white; if he identifies as male (as opposed to “trans”, in which case rape is permissible or at least excusable); if you were stinking drunk at the time and he is a Welsh footballer; if you attended a party at a US university frat house; if you woke up with a hangover and have been told by your college Women’s Officer that you now regret what you did last night; if you are an attention-seeking, mattress-carrying, man-hater; if you are Lena Dunham.

If, however, the alleged perpetrator is of Muslim extraction – and most especially if you are a twelve or thirteen year old girl in the North of England – then the authorities are likely to look more leniently on the alleged crime, which isn’t a crime at all really. More a vibrant expression of cultural differences.

3 The tradition of hospitality

The Muslim world is justly celebrated for its hospitality to strangers. This is why, when visiting – say – an Arab sheikh you must always be careful not to admire his favourite camel, for he will feel honour-bound to give it to you. What better way for us Germans to welcome our million new guests from the Middle East than to extend the same tradition of hospitality to them? Suppose, for example, you are a buxom Mädchen  on the way to Cologne railway station and you encounter a group of coffee-skinned gentlemen apparently discussing in Arabic what they’d very much like to do to your firm white breasts or your pert kuffar buttocks just remember before you rebuff them: “These are my guests!” Then smile. Think: “Sheikh. Camel.” And act with appropriate generosity of spirit.

4. We are Germans. Everything is our fault.

According to historian Antony Beevor, well over a million German women were raped by the advancing Soviet army during the latter stages of World War II, at least 100,000 in Berlin alone. In the new, forward-looking, progressive Germany we now rightly recognise this as our country’s finest hour: the payback we fully deserved for everything Hitler did. As it was in 1945, so it must be now: German women who find themselves molested or raped by the world’s oppressed should not consider themselves to be victims. Rather they should say to themselves: “I am doing my bit for global justice.”

Few things can be more troubling or alien to a Muslim embarking on a new life in a new country than the grotesque sight of a white skinned blonde women exposing her flesh like some filthy blue eyed Teutonic houri as she munches on a sausage of a far greater length and girth than anything ever witnessed in downtown Raqqa, washes it down with forbidden alcohol, and laughs in the presence of men who are not her relatives as they exchange jests in their bizarre gutteral language which knows no equivalent to traditional phrases like “a woman for duty, a boy for pleasure, a watermelon for ecstasy.” Remember, not so long ago you were your proud guests’ galley slaves and whores – and that is still, thanks to the way they were taught history at school, how they see you. To be German – see 4 – is to be guilty. Therefore, embrace the Religion of Peace.

6 C’mon. You’ve got to admit they’ve got the Jews right, at least

Germany has never been stronger than at those periods in our history when we have recognised that the real problem are the Jews. Our new visitors understand this too. What’s not to like?

7. Finally, if all else fails…

Islam is a religion with a strong tradition of truth, beauty and reason. Its many architectural triumphs include the Alhambra, the Alhambra and the Alhambra; it is often credited with keeping alive the learning of the Ancients during the Dark Ages; and it sort of – well, probably not, actually if we’re honest, but still – gave us the concept of zero. Therefore it seems quite inconceivable that young male immigrants steeped in such a sophisticated culture would not be open to the intellectual nuances of arguments by great feminist thinkers of our time. We highly recommend, therefore, that young women wishing in future to wander safely round Cologne – shortly to be renamed Al Khalon – should always keep on their person a selection of Guardian articles by Jessica Valenti exposing the evils of patriarchal society, the collective works of Lindy West on “fat-shaming”, something by Amanda Marcotte on “victim blaming” and a copy of the Rolling Stone. These can then be handed out to any would-be attackers to show them what a very dim view we in the West take of rape or attempted rape – even when, as in the case of Rolling Stone’s coverage of the UVA story, those rapes never actually happened.