A veteran of the Dutch Army has been arrested on suspicion of murder, as it is thought that he killed Islamic State (IS) terrorists when fighting alongside Kurdish YPG forces in Syria.

Jitse Akse, 47, was arrested on Wednesday. He was released later that day after being forced to hand over his passport and agreeing to report to the police station weekly, Dutch public broadcaster NOS reported.

Despite the fact the Dutch air force is striking IS in neighbouring Iraq, the Dutch citizen could be tried as a murderer for his part in the fight against the terrorists in Northern Syria.

He explained that he had used his military skills of “flexibility [and] improvisation” to help the Kurdish people in Syria. “I had the chance to make a difference”, he said.

The soldier argued that his actions had saved innocent lives. “When you see what they’ve done … by killing a member of [IS] I have probably saved dozens of lives”, Mr. Akse told a local newspaper from his northern Dutch village.

However, Dutch authorities said that his actions may have been illegal, particularly his use of deadly force against the terrorist. 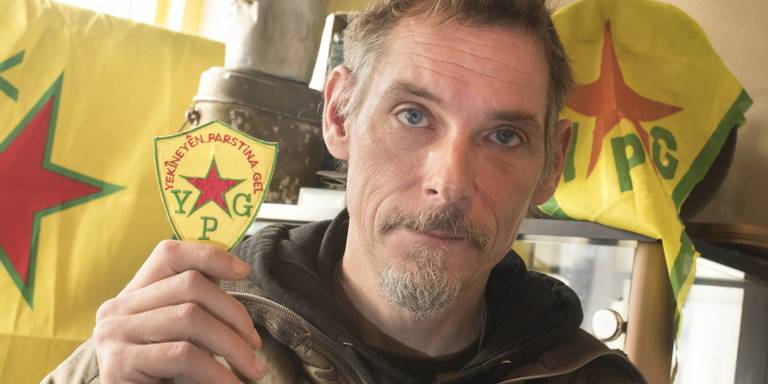 “The man is a former soldier whose case was extensively reported on last year in the media and on Facebook due to his involvement in the fight against the Islamic State,” the prosecutor’s office said in a statement.

“Dutch law – apart from in exceptional circumstances like self-defence – does not give citizens the right to use force and particularly not deadly force. Killing an [IS] fighter therefore could mean being prosecuted for murder,” the statement continued.

If tried, his case could prove an important one in determining whether or not killing terrorists in a war zone hundred of miles away from the Netherlands is illegal for Dutch citizens.

Some have pointed out that since Islamic State have declared war on Western civilisation and all out war in Syria, Mr. Akse’s actions could reasonably be interpreted as self defence on the battlefield.

However, the YPG, or Kurdish People’s Protection Units, with which he fought have been accused by Amnesty International of chasing citizens from their homes in Northern Syria.

The prosecutor’s office also argued that there was an important difference between people who travel to Syria independently to fight IS and the Dutch military, which is training fighters and carrying out bombing missions in neighbouring Iraq.

“The [Dutch] deployment and training takes place at the request of the Iraqi government and forms the legal basis for its presence there. It also applies to the deployment of Dutch F-16 fighters above Iraq,” the statement said.