Denmark is to approve the building of a number of ‘women’s only mosques in secret locations, due to threats from radical Islamists. 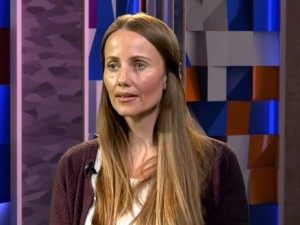 With mosques in Denmark so often funded by radical Salafists from Saudi Arabia, female Muslims are typically relegated to overcrowded back-rooms, while the men enjoy the elaborately decorated prayer halls most associate with mosques. “There are many women in mosques who are kept in dark dungeons or completely unusable spaces,” Ekrem Keles, Vice Chief of Turkish religious duties in Denmark said.

The first female only mosque has already been built in the Danish capital of Copenhagen, and even the Imam is a woman. This factor has led to the mosque being run in secret, since radical Islamists who have little respect for the opinions or rights of women threaten the existence of the project.

“I have never felt at home in the existing mosques. The new large mosques are very beautiful, but women like us are standing on a balcony and can only watch the action below,” said Imam Sherin Khankan, Mariam mosque leader and sometimes left-wing politician who is also a spokesperson for a liberal Danish Muslim organization called ‘Critical Muslims’.

“Women and young people often don’t go to mosque because of the male-dominated space there. This is the reason we have opened a mosque for women only.” Khankan is half Finnish and have Syrian, having emigrated to Denmark as a child. 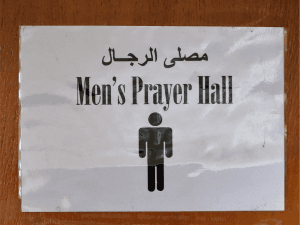 Segregated prayer is the norm in Islam / Getty

Predictably not everyone in the muslim community agrees with the establishment of the new mosque. Mainstream Danish Muslim groups are having mixed reactions. A professor at the Centre for Middle Eastern studies at the University of Southern Denmark said, “criticism of Islam causes anxiety and promotes defensive reactions among Muslims, but when criticism and renewal of Islam comes from within it can be constructive.” Many others in the Muslim community are not as optimistic. Imam Waseem Hussein who is well respected in the Danish Muslim community said, “their theological differences are wrong. Why should there be specific mosques just for women?”

A womens only mosque in a liberal country like Denmark really isn’t a big deal to the average Dane. Women’s only gyms and other gender exclusive places aren’t uncommon. In Islam however, a mosque for women is totally unheard of and none exist anywhere in the middle east. The arrival of over a million migrants who often have ties to a far more radical version is Islam than Danish converts has led to many women in migrant centres demanding separate accommodation or they have left migrant centres entirely.

Despite being one of Europe’s most liberal countries, Denmark does have its share of deeply reactionary Muslims. Breitbart London reported this week on the remarks of one of these Imams, who called on the government not to separate migrant men from their child brides once they arrived into the country.

Imam Oussama El-Saadi said of the plan: “They’re married, and even if the man is twice as old as they have built a family. We have to accept that it is a different culture, and we can not destroy family life”.