The hijabs, which can also function as niqab due to its inbuilt facemask, are now being offered at two NHS hospitals, the Royal Bournemouth, and Christchurch Hospitals (RBCH), as Muslim women said the traditional gowns made them “uncomfortable”.

Hospital gowns are designed so that medical staff can easily access the part of the patient’s body that are being treated, and are made of hygienic fabric. However, unlike the standard gowns the new garments have longer sleeves, two hair coverings, a facemask and a belt around the waist.

The hospital’s press office told Breitbart London that their patient engagement team had “work[ed] with the local Muslim sisters” to develop the idea. However, the they insisted the new garments are also suitable for ladies of Hindu, Orthodox Jewish and Rastafarian faiths. 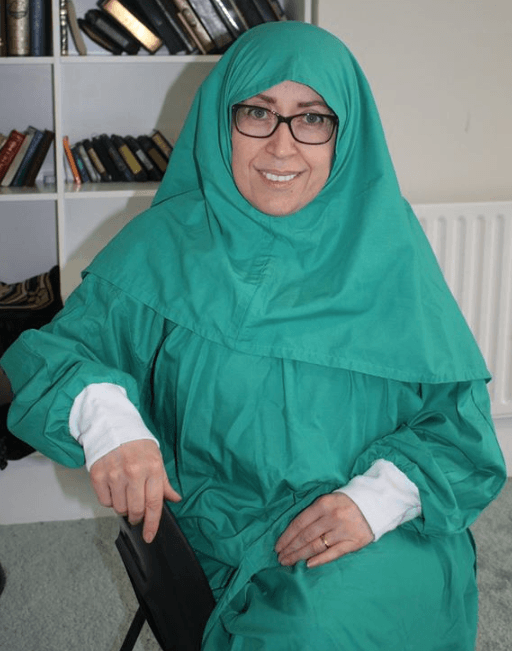 “When working with a focus group of Muslim ladies, we received very strong feedback that having to wear the usual hospital gown made them extremely uncomfortable, because it puts them in a position where they have to violate the rules of their faith”, said Sue Mellor, the trust Patient Engagement Manager.

“We wouldn’t want this for any patient, so we introduced the new ‘multi-faith dignity gown’”, she added in a statement.

Nada Fawal, a member of the patient focus group who helped to introduce the gown, said: “We are absolutely delighted the trust has introduced the new gowns. For Muslim women, to have any flesh exposed, other than their face and hands, is like having very private parts of the anatomy, such as the breasts, displayed.

“This means wearing the normal hospital gown is uncomfortable for us. At the same time, we are also very conscious that when we are in hospital, NHS staff are trying to help us, so don’t want to make life difficult for them.

“Now, thanks to the new gown, we won’t have to worry about it, we can just request one of those – it’s a great relief.”

Ms. Miller added: “Our trust is always seeking to improve the experiences of our patients and patient feedback is incredibly important to us. We work with as many minority and religious groups as possible to make sure we are catering for the needs of all our patients.”

Jon Stanley, a junior doctor in Scotland, told Breitbart London that he welcomed freedom of choice but was concerned that tax payers’ money might have been used unfairly.

“It begs the question as to why this never seems to have been demanded before. It seems like a money grab. They look a lot more expensive than normal gowns, and while a personal choice of clothing is to be welcomed, a patient who wants this kind of thing should purchase it themselves.

“If we want to empower and give dignity to patients, let them wear whatever they like as long as it doesn’t interfere with their care, and let THEM pay for it.”

A tenet of Rastafarian spirituality is the consumption of marijuana, and as far as Breitbart London can ascertain, Rastafarians are still required to pay for their own cannabis when being treated in Dorset’s hospitals.

“At RBCH we recognise that equality means treating everyone with equal dignity and worth irrespective of any protected personal characteristics”, they claim on their website. “In doing so [the trust] acknowledges that people have different needs, situations and goals”.

The trust “regularly seeks engagement with all parts of its community including those from protected groups” they add, and “ensures all new staff are introduced to Diversity as part of the induction programme”.

Bournemouth has a two per cent Muslim population.