A British Member of the European Parliament has told Breitbart London how non-governmental organisations (NGOs) in Greek migrant camps are trying to shut down debate around minority oppression by Muslim migrants.

Janice Atkinson – an independent MEP who sits with the Europe of Nations and Freedom group in the European Parliament – revealed that during her trip to Greece to investigate the migrant crisis and its impact on the country, she found that foreign aid workers were strictly managing the public relations effort around the invasion of Europe.

Met a UK 'aid worker' who thinks her British passport is only a convenience to travel, doesn't consider herself British

Ms. Atkinson said that when she met a Yazidi ‎couple who had fled for their lives, she asked them about their persecution because of their religion. NGO workers “quickly stepped in and shut down all discussion of religious persecution or how many Muslims were in the camps”, she revealed. 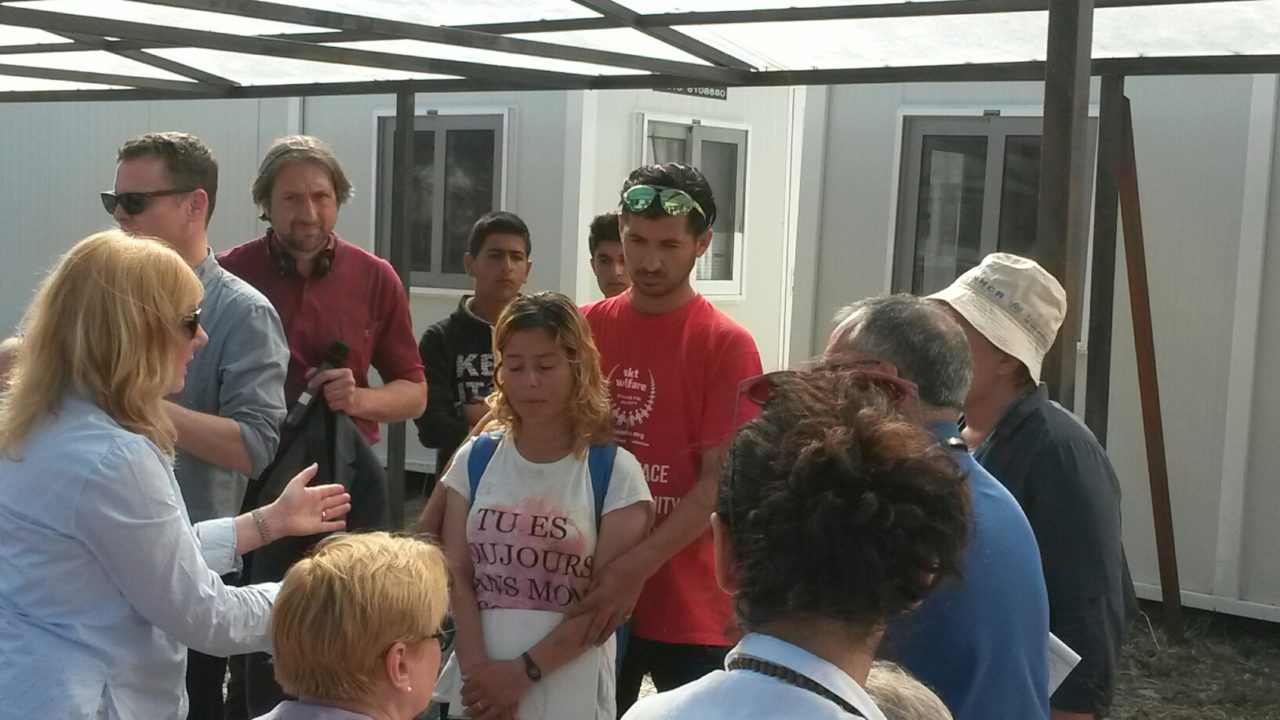 And she also took aim at fellow MEPs on the trip, who she claimed were involved in “propaganda” efforts alongside European Parliament media groups.

Our head of delegation saying to aid agencies that we r here for open borders – we are not. Important to stress that

Very unhappy that socialist P Niedermuller is speaking on MEP visit on Greek migrant visit. EP media only interview him for propaganda

Her comments come as the Chief of Staff to Hungarian Prime Minister Viktor Orban lashed out at one of Europe’s most active funders of pro-migration activities: George Soros.

Janos Lazar also said: “Not so long ago while visiting Europe, President Obama clearly spoke out in favor of the importance of migration, settlement and even the forced settlement (of migrants),” adding that Obama and America “are following a very strong pro-migration, pro-illegal migration policy in the interests of having as many Muslims as possible in Europe.”

Ms. Atkinson agreed, stating: “Orban is right to defend our way of life, our culture and our identity which is slowly being edged out in certain European cities. We will not take any lectures about immigration from [Obama], who can’t control his own borders.

She added: “Our fight is not only with Obama but fellow Europeans. The head of the EU Delegation, a Hungarian Socialist Peter Niedermuller, stated yesterday at our first meeting with NGOs that our borders are open and we are pushing the European Commission to show solidarity with the migrants.

“I took issue and said there were certainly three political groups represented that refuted this outrageous statement.”

“My message to the NGOs and the migrants was that the borders had closed and more would be going up just as Mr. Orban is sensibly doing in Hungary.

“The migrants who have been offered asylum are refusing the Greeks’ kind offer, just as those in Calais have refused the French offer. Real refugees do not pick and choose.”

She said: “Until we have integrated the Muslims we have in our own country we should not accept more”.