(REUTERS) – Fifty young men line up in a Belgrade park where aid workers hand them supplies for the journey ahead – a backpack each, containing a torch, phone and blanket.

But the aid organisations can do little more for the migrants, since the Balkan route to western Europe was officially closed. To reach their destinations, they must now rely on their wits, determination and shadowy people-smugglers.

Esan Ahmadzia, an IT manager from Afghanistan, says he ran into trouble with the Taliban and is heading for Germany to join his family. Javid from Pakistan wants to go to Italy.

Balkan states have tried to seal their borders, but for many migrants, Serbia still offers a risky path to a better future.

The smugglers can charge thousands of dollars and expose the migrants to grave danger – anything from armed robbery to drowning.

More than 650,000 people from the Middle East, Asia and Africa trudged through Serbia last year on their way to the European Union, but in March the borders closed, leaving thousands trapped on the Macedonian frontier.

A deal between the European Union and Turkey has stemmed the armada of rubber boats reaching Greece and several other countries in the region have closed their borders to migrants.

But people are still reaching Serbia via Macedonia or Bulgaria – a steady influx of around 200 a day, according to the Belgrade Asylum Information Centre.

Smaller numbers are arriving in Serbia via a new route from Greece via Albania and Kosovo, refugee experts say.

Most migrants use smugglers to get into Serbia and will use them to reach EU member state Hungary. Before borders closed, refugees had free passage on this last leg of the route to western Europe.

A few dozen a day are allowed into Hungary, families with children having priority. Those refused often try to cross the border fence illegally. Migrant support groups report some are beaten and robbed.

“People are using more risky ways and they are coming.”

Refugees gather in central Belgrade to meet the smugglers. One open space near the bus station is known as the Syrian park, while over the road is the Afghan park. A bed for the night is on offer at an asylum centre just outside the city.

At the Krnjaca centre, Shekib Daqiq, 35, said he left Afghanistan because he was threatened after working as an interpreter for the French army. His journey with his family via Baluchistan and Turkey was fraught with danger.

He became separated from his wife, Nilo, and two of his children after walking for five hours through a forest in Bulgaria. The three were later deported to Turkey, he said.

In Serbia, the vehicle smugglers were using to transport him crashed and caught fire. Daqiq then walked for hours, his face covered in blood and six-year-old son Sadi on his shoulders.

Daqiq hopes to reach France: “If the government of France helps me, it’s not difficult.”

Also at the Krnjaca centre is Rezan Ibrahim, 44, a Kurdish teacher who said she had fled murders, kidnappings and threats in Iraq. Serbia is “very good”, but asked if she wants to go to Germany, she replies: “Of course.”

She said the journey so far had cost nearly 22,000 euros (17,163 pounds) for her and her three children, in payments to smugglers. For the next leg she will have to pay again, with smugglers charging up to 1,500 euros to travel through Serbia into Hungary.

Saman Ali Vjestica of the Asylum Information Centre said smugglers demanded 7,000 euros to get people from Greece to western Europe, or 15,000 from their country of origin. The route into Serbia via Bulgaria is cheaper but migrants say they suffer more there at the hands of smugglers and security forces.

Routes through Serbia are often controlled by smugglers from Pakistan or Afghanistan, with locals providing transport and accommodation, Asylum Centre officials said.

Serbia’s people-smugglers are looking for a share of a business worth more than $5 billion in southern Europe last year, according to international police agencies.

Police have this year charged 187 suspects with trying to smuggle 1,323 people across Serbia’s borders.

Those working with refugees say that by the time they reach Serbia, they will not be stopped by closed borders.

“Europe is there,” said Djurovic. “You can grab it already.” 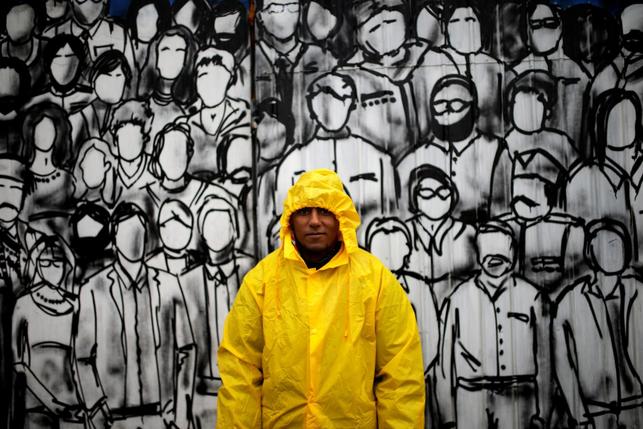 A migrant poses for a picture at Savamala district in Belgrade, Serbia, March 22, 2016