At a flash-mob style protest at the University of Klagenfurt the hipster-right Identitarians claim they were assaulted by a member of the faculty.

A class at the University of Klagenfurt was interrupted by the anti-mass migration Identitarian youth group who staged an elaborate protest. Several members of the group showed up to the class, which was a course on the integration of migrants into the labour market in Austria, and started their demonstration.

One of the group, dressed in traditional Austrian lederhosen, was seen in a stockade while other members dressed in Islamic full face veils threw stones at him. Several members of the audience attempted to shut down the piece of theatre.

As the group were hounded from the classroom, they claim that a member of the teaching staff assaulted them as they were trying to leave. The man with the megaphone, and one of the subjects of the assault, was Luca Kerbl. Mr. Kerbl spoke exclusively to Breitbart London after Austrian media claimed that the group purposely instigated violence toward members of the class and staff.

“I had the megaphone and  was the speaker during the intervention. I was one of the last out of the class room, suddenly I saw a very aggressive man who tore the t-shirt of one of our activists,” Mr. Kerbl claimed. He went on to say that the man, later identified as faculty member Oliver Vitouch,  grabbed him and tried to forcibly detain him. 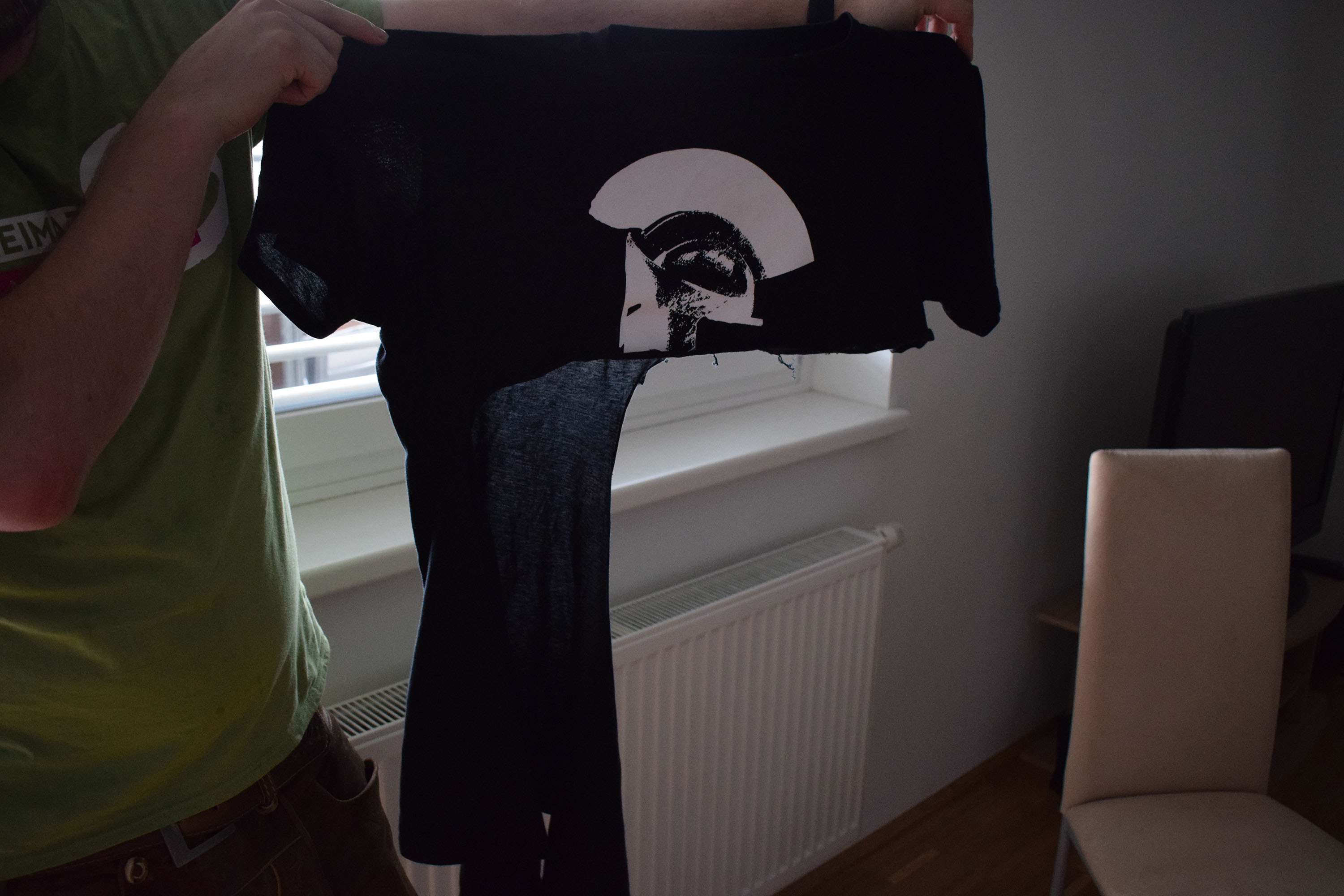 The Identitarians now say that they are looking to file charges against Mr. Vitouch, who later described the event as a “pitiful action”, for assaulting the activists.

The official media account did not impress Mr. Kerbl, who said of the Austrian press: “After the intervention the media has drawn a picture of the ‘dangerous far right’. Everybody was asking the director of the university, but nobody asked us. Nobody in the media was interested in our version of the story, or the truth.”

The youth movement has had to respond to accusations of violence in the past when they crashed a pro-migrant play in Vienna earlier this year. Media claimed that the group had assaulted members of the audience and several performers of the play, themselves migrants, and claimed injuries.

However, Go-pro footage was released by the group that showed them being assaulted by audience members but showed little evidence of the group attacking the audience or performers without provocation, as media had claimed.

While there is little evidence of violent extremism from the Identitartians, left wing extremist violence is on the rise across Europe. In Germany thousands protested the pro-migrant policies of Angela Merkel and were opposed by violent left wing activists last month.

The anti-mass migration Alternative for Germany (AfD) also revealed that their members had been the subject of over 800 attacks by far left extremists over the past year ranging from vandalism to arson and physical assault.