Activists continued their relentless pursuit of UKIP leader Nige Farage on the campaign trail by boxing in the UKIP poster bus with two digital advert vans with large screens reading: “Don’t wake up with Nigel next Friday”, and, “Right on the ball Lord Farage, Minister For Health.”

They also blocked the view of photographers with signs reading: “United Kingdom, Not Divided Kingdom!” The signs were homemade to portray the protest as grassroots driven – yet it was anything but. 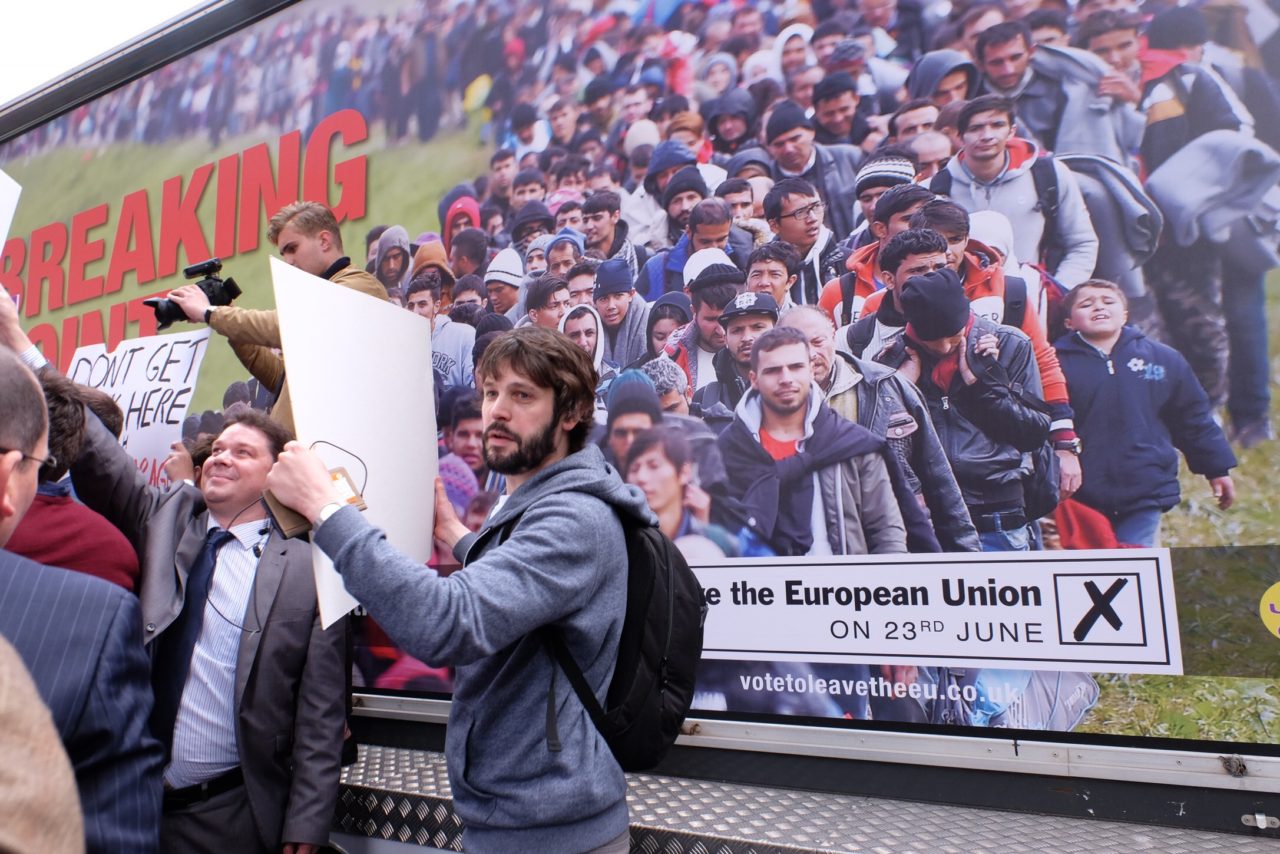 In small text below the signs was their legally-mandated campaign imprint: “Promoted by Laurence Durnan on behalf of Best For Our Future Limited”.

‘Best For Our Future’ was registered as a private, limited company on May 5th this year at a mysterious shell address’ used by firms wishing to hide their true whereabouts.

Among the company’s ten listed directors is Cormac Hollingsworth, an economic policy consultant who has worked for the European Investment Bank, blogs for Left Foot Forward, and is listed online as a Chair of Trustees at the hard-left group Hope Not Hate.

He describes himself as an “expert adviser on financial markets, with a unique breadth of expertise and relationships that spans capital markets, regulation and policy”, and has worked numerous big European Banks and a globalist think tank.

Laurence Durnan, also a director, was recently the editor of the Political Scrapbook website, bankrolled by EU-funded, hard-left trades unions.

“Blogging is great fun anyway, but I would say our contributors are ultimately driven to make life difficult for the right”, Mr. Durnan has said of the website he set up.

Speaking to Breitbart London’s Editor in Chief this morning Mr. Durnan said: “I read your publication every day. It’s a wonderful organ. Especially your stuff”.

When asked who funded the protest this morning, he refused to declare it, but said that all spending would be registered with the Electoral Commission as required by law.